Vermont's Hospitality Industry to Get $75 Million in Aid | Off Message

Vermont's Hospitality Industry to Get $75 Million in Aid 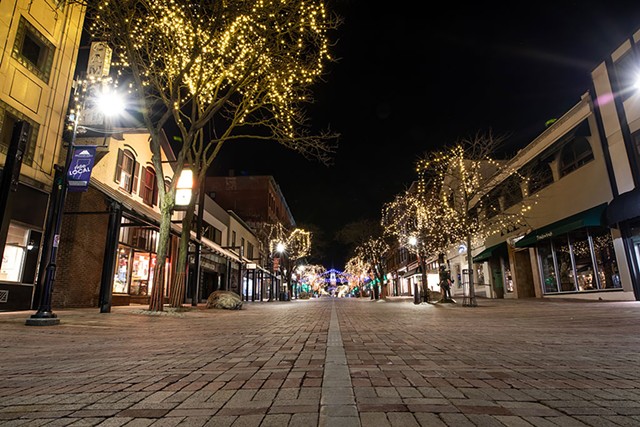 Restaurants, bars and lodging businesses were already among the businesses eligible for grants of up to $300,000 under a $76 million economic recovery program that the legislature approved over the summer.

But officials feared the hospitality industry, as it faces new restrictions and an uncertain holiday season, needed an additional lifeline, said Joan Goldstein, commissioner of the state Department of Economic Development.

“It’s really going to be hard for them to get through the winter, and we just thought this was the best way to help them survive,” Goldstein said Monday.

A total of 3,093 businesses applied for the state’s economic recovery grant program, which is funded by federal CARES Act money. Those businesses reported a total of $227 million in “unmet needs,” defined as pandemic-related revenue drops they experienced through September 1, 2020 compared to 2019, minus any other relief they’ve received.

With only $76 million to spread among all those applicants, businesses were in line to receive just 33 percent of what they requested, Goldstein explained.

The administration’s original plan was to increase the earlier program to $150 million and have the entire applicant pool share the pot.

But leaders instead agreed to devote the new funding exclusively to the hard-hit hospitality sector. Those businesses will now be funded at 100 percent of their needs, up to $300,000, for losses they’ve incurred through September 1, Goldstein said.

“That’s not taking into consideration their losses in October and November, and God knows what’s coming for the rest of the winter,” she said.

Additional funding will clearly be needed to help businesses in the state survive, she said.

Lodging owners, most of whom own small businesses, are looking toward the usually lucrative holiday season with increasing trepidation as COVID-19 surges and travel restrictions cause people to rethink visits, said Sen. Richard Westman (R-Lamoille).

“Everybody is facing cancellations already, so we need to get this out the door as quickly as possible,” Westman told his colleagues on the Joint Fiscal Committee Saturday.

Regions that rely on out-of-state tourism have been particularly hard hit by the travel restrictions, so the previous infusion was a relief, said Eric Friedman, executive director of the Mad River Valley Chamber of Commerce.

“The hospitality industry in our community has been devastated,” Friedman said. “They’ve really taken it on the chin.”

The good news for many wedding venues is that couples who canceled their ceremonies this year rebooked for next, meaning there is a large volume of revenue just around the corner if the businesses can survive, Friedman said.

The committee's decision and willingness to listen to the industry's concerns during this crisis restored some of his faith in government's ability to help people in need, he said.

"I felt like they weren't just politicians trying to placate people," Friedman said. "They really gave a damn and they were trying to do the right thing."

Sen. Ann Cummings (D-Washington), chair of the Joint Fiscal Committee, acknowledged the boost for the hospitality industry meant other sectors would see their needs go unmet for now.

"We are trying to target what little we have to where the greatest need is at the moment, and the plight of the pandemic has changed things even as we speak," she said.
Prev
Next