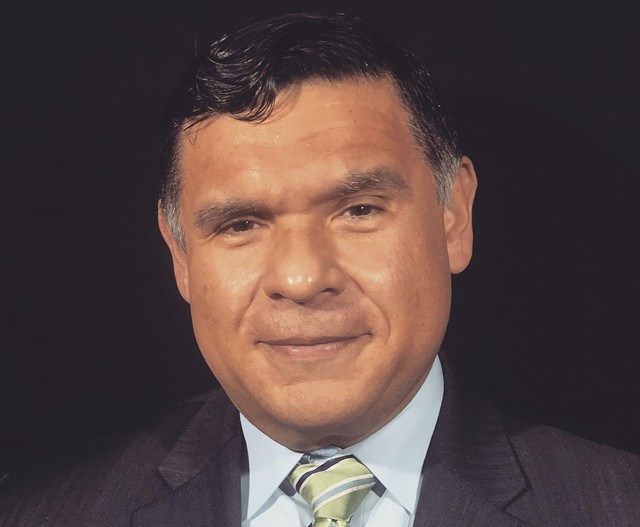 Champlain Valley School District, the biggest school district in the state, has chosen a new superintendent.

Rene Sanchez, currently the assistant superintendent for operations at the South Bend Community School Corporation in Indiana, will start on the job in July. He will replace current superintendent Elaine Pinckney, who is retiring after 15 years in the district’s top job.

The district is comprised of six schools and serves nearly 4,000 pre-K through 12th grade students from Charlotte, Hinesburg, Shelburne, Williston and St. George.

Sanchez was chosen after a roughly three-month search process. He was one of two finalists interviewed twice by the school board in April; he officially accepted the job on Friday, board chair Angela Arsenault said.

In his role at South Bend schools — a district with more than 16,000 students — Sanchez is in charge of the human resources and transportation departments. He is also the leader of the district’s COVID-19 response team.

Last year, Sanchez made national headlines for his efforts to expand internet access so that students in South Bend could access virtual learning. Sanchez deployed 35 WiFi-enabled school buses to different locations in the city so that students could get online in nearby housing and parks.

“During these times, everything is a learning environment,” Sanchez told "Good Morning America" last September. “It’s no longer just a classroom, no longer just a school, and as a result we need to be prepared to serve all of our students.”

It was Sanchez’s focus on equity that stood out to Arsenault.

“It was effortless. It is part of who he is. It is imbued in his personhood, his professional experience, his lived experience,” Arsenault said.

In December, the Champlain Valley School District board adopted an equity policy, with the goal of “[incorporating] the principles of equity within all policies, programs, operations, practices and resource allocations.” While Arsenault believes the policy will ultimately do a lot of good, it is currently “an aspirational document.” Sanchez’s background and professional experience will help the district build on the policy, Arsenault said.

In an email to Seven Days on Monday, Sanchez said that when students return to school in the fall “it will be tempting to return to school-as-usual.” But, he said, it will be important to “assess the effects of the pandemic on our students and our employees.”

Before moving to South Bend, Sanchez was principal of César E. Chávez High School in Houston, Texas, from 2013 to 2019. In an interview that appeared on the Houston Independent School District’s website in 2013, Sanchez said that civil rights activist Chavez was one of his heroes because “he was able to stand up for the rights of others and make it about community and a group of people.” Sanchez’s oldest son is named César.

Sanchez, who is in the educational leadership doctoral program at Indiana State University, is originally from the Rio Grande Valley of Texas, but he has a personal connection to Vermont. His wife is originally from Brattleboro and attended the University of Vermont. Their three children will attend school in the district.

Sanchez said via email that he’s excited that the kids will have access to the outdoor activities his wife did when she was growing up.

Earlier this month, the Champlain Valley School District announced the hiring of Dr. Liliana Rodriguez as its first director of diversity, equity and inclusion. Rodriguez, who was most recently the vice chancellor of campus life and inclusive excellence at the University of Denver, will be part of the district’s leadership team.

Sanchez and Rodriguez will both begin their jobs with the district on July 1.