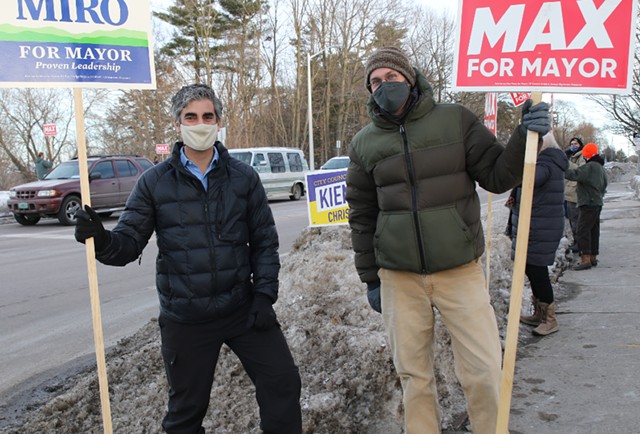 Burlington's mayoral election has yet to be decided, but incumbent Mayor Miro Weinberger has undoubtedly won the money race.

Campaign finance reports filed with the Vermont Secretary of State on Friday — the last batch before the March 2 election — show the three-term Democrat has pulled in $132,673 from 483 donors since the campaign's start.

Weinberger raised $6,526 since the last filing deadline of February 20, including a $1,040 donation from former Vermont governor and fellow Dem Peter Shumlin.

Weinberger has raked in six-figure donations in three of his four elections for mayor. Ahead of the March 2 election this year, he beat his personal best of close to $125,000 in 2018.

Progressive challenger Max Tracy, the city council president, has raised $66,570, including $3,234 in the last week. Tracy has received donations from from 575 people thus far — more than any other candidate, a lead Tracy has held through the duration of the race. 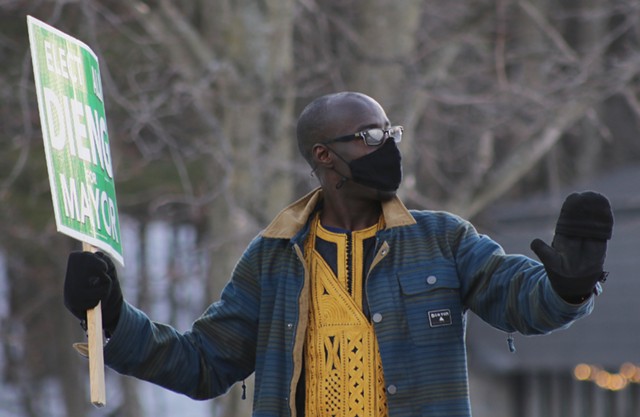 The four other independents in the race — Haik Bedrosian, Will Emmons, Kevin McGrath and Patrick White — did not file any campaign finance reports.

On Friday evening, Dieng, Tracy and Weinberger all showed up on North Avenue at the Route 127 interchange along with supporters to hold up signs and wave to passing motorists.

Cost to the candidates: zero dollars.
Prev
Next