Welch Calls On Colleagues to Impeach Trump — Again | Off Message 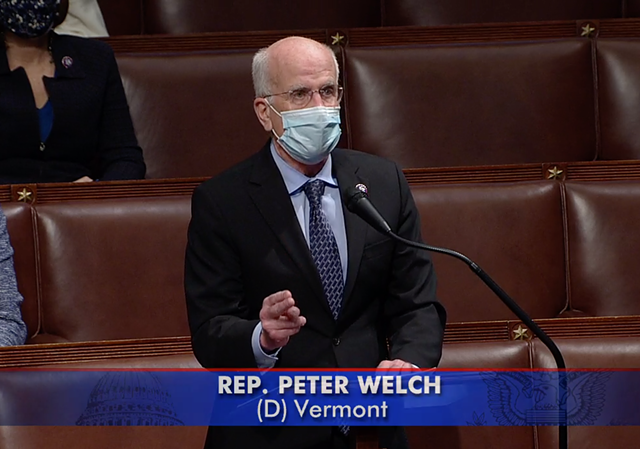 Vermont’s lone member of the U.S. House of Representatives, Democrat Peter Welch, exhorted his colleagues to impeach Donald Trump for a second time Wednesday for his role in inciting a mob of loyalists to storm the U.S. Capitol last week.

Standing on the floor of the chamber he was forced to flee one week ago, Welch made a clear and direct case that the president must be held accountable for his role in the violence that left five people, including a Capitol police officer, dead.

“The question before this Congress: Will Congress condone through acquiescence, or condemn through impeachment, Donald Trump’s violent acts to overturn the election?” Welch said. “Congress must impeach.”

The House initiated an impeachment vote Wednesday morning after Vice President Mike Pence declined Tuesday to use his power to remove the president as unfit for office under the 25th Amendment.

The single article of impeachment, which accuses Trump of “inciting an insurrection,” was expected to pass Wednesday afternoon with support of all Democrats and even some Republicans.

Its passage would make Trump the first president in history to be impeached twice. When and whether the Senate would conduct a trial remains unclear.

During his one-minute remarks, Welch, wearing a blue mask, said Trump had challenged the principle that “all power flows from the people,” using lies and violence.

“The deceit — his repeated and baseless assertion of electoral fraud. The violence — the attack on the United States capitol on January 6,” Welch said.

The rioters’ goal was to “obstruct the peaceful transfer of power,” an effort clearly and deliberately orchestrated by the president, Welch asserted.

Watch his remarks here:
Prev
Next