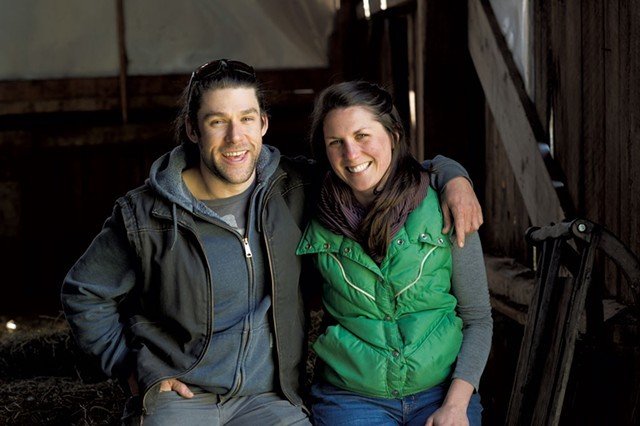 After months of devastating losses wrought by the pandemic shutdown, they said, many of their industries, which took decades to grow, could be decimated virtually overnight if state lawmakers and the governor don’t act quickly enough to get emergency relief funds into the hands of small businesses.

Gov. Phil Scott has proposed $400 million in stimulus funding in the form of loans and grants. But representatives from various business sectors called on lawmakers to quickly approve the aid, and to give businesses “maximum flexibility” in how those funds are used.

“We cannot emphasize the urgency of this need enough,” said Sue Bette, owner of Bluebird Barbecue in Burlington, whose industry, she noted, was among the first to close and last to reopen. “The future of our vibrant and creative restaurant industry depends on it.”

Marc Sherman, owner of Stowe Mercantile, said “it’s a matter of weeks, not months” before his cash flow dries up and his 32-year-old retail store goes under. Sherman said he received a federal Paycheck Protection Program loan earlier this spring, which got his business through eight weeks of payroll and rent. But since the store reopened May 22, it’s been doing only 30 percent of normal sales, which he called “totally unsustainable.”

A larger part of Sherman’s revenue comes from sales of Vermont specialty foods, he explained, which he typically purchases in December and January. Since the store has been closed for months, however, much of that perishable inventory expired and now needs to be replaced so that he can generate new revenue. But without relief funding, Sherman doesn’t know how he’ll do so.

“As we go into later June, I have no other source of funds to keep the business going,” he added. “I can save 15 jobs supporting 15 families if I get funding quickly enough.”

The domino effect of retail and restaurant closures was made evident by Marty Mundy, executive director of the Vermont Cheese Council in Waitsfield. As of mid-March, she said, the majority of their 50-plus members were reporting revenue losses of 25 to 75 percent compared to 2019, with the projected sales of Vermont cheeses down at least 1 million pounds from last year.

As Mundy noted, Vermont artisanal cheesemakers have been affected across the board, from tiny mom-and-pop farms to major operations. At New Haven’s Orb Weaver Creamery, owners Kate Turcotte and Zack Munzer were forced to sell two of their 12 cows to make ends meet. And in March, Mundy noted, internationally renowned Jasper Hill Farm sold off its entire herd because of pandemic-related losses.

“It takes years for these farmers to build up their herds,” she said. “And it took COVID a matter of weeks to start downsizing them.”

“I don’t need another loan,” said Irasburg contractor Patrick Cartee. Though some people may characterize government grants as “free money,” Cartee said he sees them instead as an investment in Vermont’s small businesses. Construction companies will pay it back in the form of tax revenues "if we survive."

Cartee said he's managed to make ends meet by delaying equipment maintenance and upgrades, but he said the situation feels more precarious for his workers.

“My employees are great, but it’s different around the job,” he added. “There’s an uncertainty … of whether their jobs are going to be there.”

Jed Davis, co-owner of the Farmhouse Group, which operates restaurants in Chittenden County, said that while he understands the need and desire of state lawmakers to move cautiously in allocating public funds, “This is a unique time, and it might be best to not let perfect get in the way of good.”
Prev
Next