by Andrea Suozzo and Kevin McCallum

Vermont Attorney General T.J. Donovan announced the settlement, which stems from incidents at three facilities in 2018 and 2019, at a press conference Thursday afternoon. The agreement settles claims relating to the state’s vulnerable adult statutes and the False Claims Act.

“Here is the bottom line," Donovan said. "We will not tolerate substandard care in the state of Vermont for the most vulnerable of our state.”

The three facilities — St. Johnsbury Health & Rehab, Berlin Health & Rehab Center and Burlington Health & Rehab Center — rank among the lowest rated in the state, according to the Centers for Medicare & Medicaid Services’ Nursing Home Compare system. The St. Johnsbury and Berlin homes both have one out of five stars, based on metrics that include three years' worth of health inspections, staffing levels and clinical outcomes for residents. The Burlington facility has two stars. The statewide average for nursing homes is 3.2 stars, while Genesis-owned homes average 2.6.

Genesis denied that it had violated state law but agreed to the settlement “to avoid the delay, expense, inconvenience and uncertainty of litigation,” according to settlement documents. 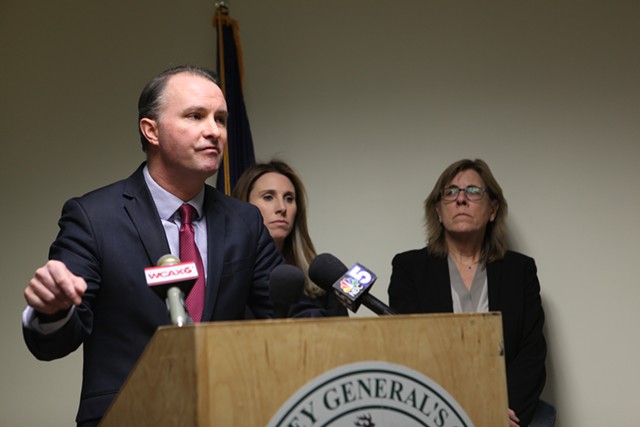 In addition to paying damages and penalties, Genesis said it would create a position for a patient care coordinator, who would be in charge of training staff at the three facilities and report progress to the state. The company also agreed to hire an independent monitor to perform an annual review of the three facilities.

Genesis is a Pennsylvania-based corporation that owned or managed 425 facilities in 29 states as of December 2018, according to its reports filed with the Securities and Exchange Commission. It purchased the homes in 2016 from Revera, a Canadian company.

According to state projections, one in four Vermont residents will be 65 or older by 2030. As Vermont’s population ages, demand for facilities that provide medical care and help with daily living is expected to grow.

And staffing is already an issue for these facilities. Worse for Care, a joint Seven Days and Vermont Public Radio investigation published in 2019, revealed staffing issues in state-regulated eldercare facilities, which serve residents whose needs don’t meet the threshold for nursing home care. Caregivers without medical certification face long hours and can earn average hourly wages of just over $13, according to state labor data.

The state also cited an incident at the Berlin Health & Rehab Center in which staffers identified two ulcers on a resident’s leg but failed to perform required wound assessments. The resident required hospitalization to treat the ulcers.

In an April incident, the Burlington Health & Rehab Center improperly discharged a resident with lower-body paralysis after failing for months to treat his emotional issues and alcohol addiction. A staffer dropped the resident off at a nearby hotel, booked a one-night stay for him and left, despite knowing that he could not get into bed, use the toilet or access food, drink or medications without help. The facility did not notify his family or the Visiting Nurse Association about the discharge until the next day.

After the man spent a single night in the hotel, staff asked police to check on his welfare. He wound up at a hospital, where staff noted he was covered in feces, had a burst catheter bag, and was suffering from fever and an acute kidney infection.

The settlement noted that the facility billed Medicaid for the man's care the day after he was dropped off.

The Vermont settlement is not the only recent one for Genesis. In 2017, Genesis agreed to pay $53.7 million to the U.S. Department of Justice to settle claims of false billing practices. Over the past three years, the company has also paid $131,687 in regulatory fines for deficiencies at its nine Vermont facilities.

“I think this was a case that tugged at all of our heartstrings," said Linda Purdy, an assistant attorney general who worked on the case. "We all have loved ones, parents, and we have to make difficult decisions on where they are cared for in Vermont in their later years,” she said.

Vermonters researching nursing homes can look up ratings and inspection information on the Centers for Medicare & Medicaid's Nursing Home Compare tool. And to look up info on state-regulated residential care and assisted-living facilities, use the Vermont Eldercare Navigator, created by Seven Days and VPR for the Worse for Care reports.