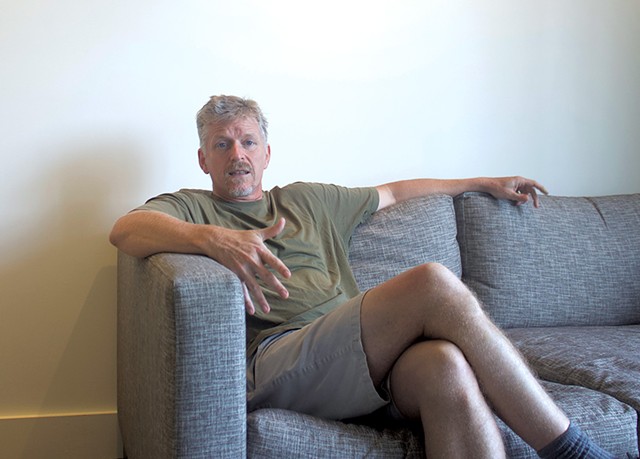 The ambitious news startup HereCast, which sought to disrupt local journalism, will shut down at year's end. The company announced the closure Friday to users.

"Your support has far exceeded our expectations; however, we’ve fallen short of other goals, so we are shutting down the site while we reassess our future," the email reads.

DailyUV Aims to Reboot News Coverage in the Upper Valley
By Katie Jickling
Media
HereCast launched in 2015 as DailyUV, offering user-generated news, blogs and notices focused on the Upper Valley. The company rebranded in July and expanded the platform statewide, though it was not yet profitable, founder and CEO Watt Alexander said at the time. HereCast paid its content creators based on how many clicks their content generated.

DailyUV attracted about 80,000 monthly visitors and more than 100 regular bloggers, Seven Days reported earlier this year. It paid out $71,000 to content creators over a recent 12-month period, according to the company.

Alexander envisioned the platform as a space where professional news organizations and citizen bloggers would publish side by side.

But in a note published Friday to the site under his username, Brave Little Startup, Alexander said local newspapers haven't wanted to collaborate with HereCast.

Alexander has used the platform in the last couple of months to advance his critiques of the Valley News, which he claimed has refused to run HereCast advertisements or credit its users for breaking local stories. He also wrote that a recent Seven Days profile of the company evidenced traditional journalism organizations' "provincial" attitudes about what's news.

Alexander did not respond to an emailed request for comment. His post referred to the shutdown as a "hiatus" and asked supporters to "stay tuned."
Prev
Next