Winooski-Based BioTek to Sell for Nearly $1.2 Billion | Off Message 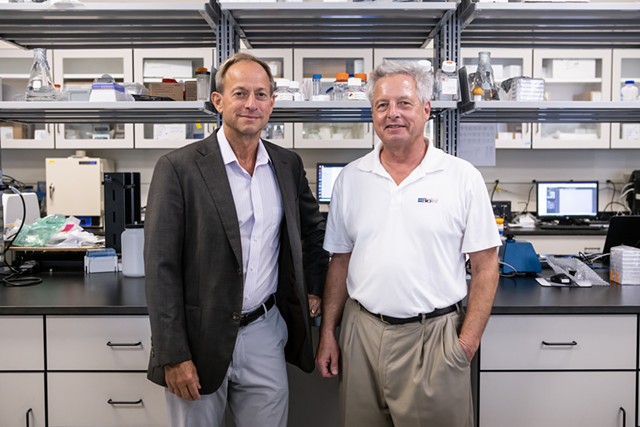 The family that founded one of Vermont’s largest tech firms has reached a blockbuster deal to sell it to a publicly traded California company.

The late Norman Alpert, a University of Vermont professor of physiology and biophysics, founded BioTek in a Charlotte garage in 1968.

“We have accomplished extraordinary things,” said Alpert's son, BioTek president and chief executive officer Briar Alpert. “I think we got to a point where, to make the next step — to really become a true, global leader — we needed to partner with someone who had a reach and a scale … to take BioTek to the next level.” 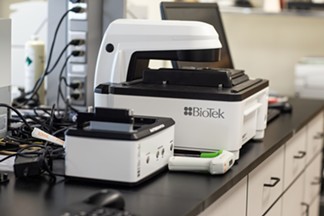 The Vermont company, which designs and manufactures life science instrumentation used in research and medical settings, had revenues of $162 million in 2018 and expects to grow by 10 percent this year, it said in a statement. BioTek employs 500 people worldwide, 300 of whom work out of its Tigan Street headquarters in Winooski.

Representatives of both companies said the deal would not imperil Vermont jobs.

“Agilent is committed to continuing operations in Vermont and retaining the great team of nearly 500 employees that have been at the core of BioTek’s 50-year history of excellence and success,” Agilent president and chief executive officer Mike McMullen said in a statement.

According to Alpert, Agilent has “absolutely no plans for any employee reductions.” In fact, he added, the deal “may create opportunities for enhanced expansion in the years to come.” Agilent has demonstrated its commitment to Vermont by relocating a top manager to the state and negotiating a separate purchase for BioTek’s manufacturing facility, Alpert said.

“I think it’s a company that will care deeply about the welfare of our employees and that will maintain a commitment to the state of Vermont and that will continue to invest in this company for the future,” he said. “That’s why we picked the one we picked.” 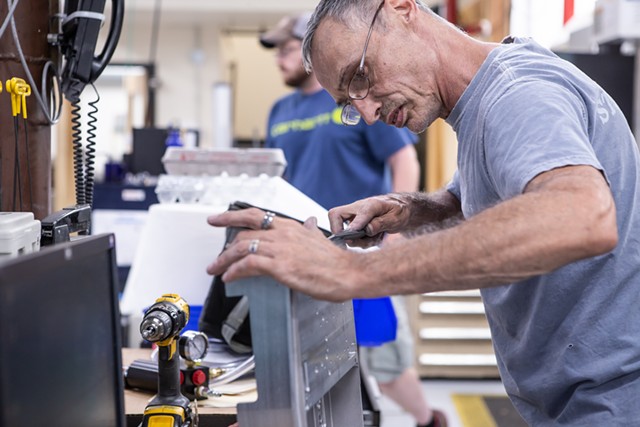 Alpert, who is 61, declined to describe BioTek’s current ownership structure, other than to say that it is “over 99 percent” owned by his family. According to a June 2012 story in Vermont Business Magazine, the only shareholders at the time were Alpert and his two siblings. One of them, 63-year-old Adam Alpert, served as vice president until retiring earlier this year. Briar Alpert said he plans to leave his leadership role after the deal closes, though he expects to serve as a “counselor” to Agilent’s president “to ensure a smooth transition.”

Related Disease Detectives: BioTek makes scanners that can save your life

Disease Detectives
BioTek makes scanners that can save your life
By Andy Bromage
Health + Fitness
According to Alpert, the family decided to pursue a sale in January and notified potential buyers of their intentions in April. “We got a lot of interest,” he said. The Alperts whittled down a dozen bidders to five finalists and, last week, reached a preliminary agreement with Agilent. The companies formally signed off on it Wednesday.

Agilent is significantly larger than BioTek. It had revenues of $4.91 billion in 2018 and employs 15,550 people, according to a company fact sheet. It trades on the New York Stock Exchange.

The two companies have a history of working together. They joined forces last year to improve a cellular metabolism analysis system.

“That collaboration has gone very well, and I think one of the byproducts of that is we got to know each other,” Alpert said. “We got to know their leadership, their management style, their culture, many of the people, how they make decisions. And that, I think, further contributed to our confidence in choosing Agilent as the right buyer for the company.”

Though the sale will end his family’s half-century of ownership, Alpert said he believes his father would be “extraordinarily proud” of the move.

“To think [that] something he started in a garage has turned into something of this scale — this is like the unicorn,” Alpert said. "There are not many businesses that you create that grow to this kind of scale, size and value, and I think he’d be proud of the way we did it.”
Prev
Next