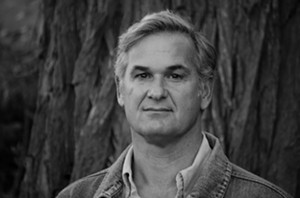 Stephen Kiernan believes the federal government is falling apart — and it’s up to Vermont to save itself.

In a new manifesto released Wednesday, the Charlotte writer and former journalist argues that the Green Mountain State must assert itself with bold policy ideas that could solve the state’s most pressing problems and serve as inspiration to its peers.

“In sum, the country is divided, Washington is a mess, and Vermont’s influence is waning,” Kiernan writes. “Therefore the central question is this: In a time of federal collapse, what can a small state do to thrive?”

The 8,300-word tome, called “Vermont to the Tenth Power,” is named for the 10th amendment to the U.S. Constitution, which reserves for the states any powers not specifically granted to the federal government. In Kiernan’s view, Vermont should consider a “deliberate assertion of state powers, independent of a federal government that is increasingly hamstrung and feckless.”

The 59-year-old former editorial page editor of the Burlington Free Press isn’t making the case on his own. Thirty-one Vermonters — many of whom have made their names in government, the nonprofit world and the arts — cosigned the document.

Kiernan said he deliberately avoided asking current officeholders to add their names to the manifesto, reasoning that doing so could saddle it with political baggage. But he does hope that politicians will adopt its arguments.

“In my fantasy life, someone will run for office using some of these ideas,” Kiernan said in an interview.

More important than that, he said, is for the document to inspire a dialogue about Vermont’s future.

The project began, Kiernan said, when he was told that Vermont’s aging philanthropists were not being replaced by a younger generation of givers. As he explored the problem, he came upon others, such as the state’s graying workforce — and even the advanced age of its three-member congressional delegation. Sen. Patrick Leahy (D-Vt.) is 79, while Sen. Bernie Sanders (I-Vt.) is 77 and Rep. Peter Welch (D-Vt.) is 72.

“Today their seniority works to Vermont’s benefit, giving our state influence disproportionate to its size,” Kiernan writes. But, “when they leave office and are replaced by rookies, our state’s clout will suffer.”

Vermont has a history as a “laboratory of innovative ideas” and should become one again, Kiernan argues. Those ideas could include establishing Election Day as a state holiday, enhancing civic education and requiring greater financial disclosure from political candidates.

Kiernan also recommends a number of structural changes he believes would enable the state to pursue more innovative solutions: beefing up policy development and research operations in both the governor’s office and the legislature; enlarging the Attorney General’s Office to protect the state’s prerogatives; and encouraging local governments to seek more civic engagement.

As Kiernan concedes, “the idea of ‘states’ rights’ is not new or pretty.” It’s been used to preserve slavery, discriminate based on sexual orientation and resist the expansion of health insurance coverage.

“Therefore fans of the 10th amendment should be firm and clear,” he writes. “An activist government seeks not to diminish the power of individuals and suppress their voices, but to the contrary, to increase their engagement to create more effective and more representative democracy.”

Read Vermont to the Tenth Power below: