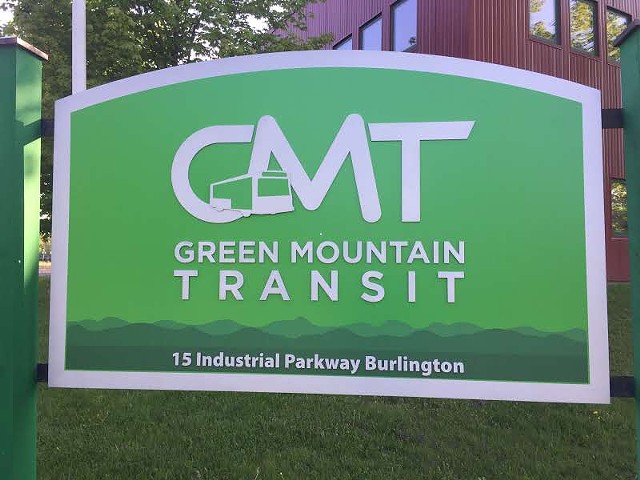 Green Mountain Transit will conduct an “internal review” into allegations that a bus driver forced more than a dozen children of color off a bus last week and allowed white students to remain seated.

Burlington parent Rebecca Mack filed a complaint with GMT about the May 23 incident that reportedly began with students of color singing and clapping on the bus ride home, Mack wrote in a widely shared Facebook post.

The students, two of whom are Mack’s children, attend Edmunds Elementary and Middle Schools. The Burlington School District contracts with the local bus company for student transportation.

Mack was at Barrio Bakery on North Winooski Avenue around 3 p.m. that day when she saw a group of kids, ranging in age from 5 to 13 years old and all students of color, walking together on the street. They told her that the bus driver made them get off on North Street and asked Mack to record a video while they recounted the incident.

"They were very upset, and they were certain they were targeted on the basis of their skin color," Mack told Seven Days on Monday. "I can say for my own children, this was the most personally racist event that had ever happened to them, and it’s something that’s never going to go away."

Some students initially refused to exit the bus but got off once the driver threatened to call the police, Mack said. The driver told them to leave whether they'd made noise or not; Mack's own son was watching a video with headphones on when he realized what was happening, she said.

"For a parent, that is a very heavy thing," said Mack, who identifies as a white, Jewish woman. "When you’re raising children of color, you have to teach them the world isn't always safe for them."

Mack said the students were scared; one child ran from the bus so quickly that he left his shoes behind. Others appeared lost and were far from their normal bus stop, she said.

“It is not a crime to sing and clap while brown and black,” Mack wrote in her post. “I do not want my children, or any others, growing up to believe that they will endanger themselves by being joyful, by singing out loud, because of the color of their skin.”

Just three days prior, 300 Edmunds students — including Mack's children — walked out of class May 20 and marched on Church Street to protest racism. Mack said she thought the timing of the bus incident "was ironic."

She's since contacted city councilors, state Rep. Selene Colburn (P/D-Burlington) and the American Civil Liberties Union of Vermont about the bus issue. In response, City Councilor Ali Dieng (D/P-Ward 7) drafted a letter to GMT that invites transit officials to explain "the nature of the incident" at the next council meeting. The letter was cosigned by Councilor Max Tracy (P-Ward 2).

Council president Kurt Wright (R-Ward 4) said he will ensure GMT is in attendance: "We need to hear about it," he said.

Mayor Miro Weinberger, whose daughter participated in the Edmunds walkout, said the allegations, if true, are "troubling and unacceptable."

Jamie Smith, GMT’s marketing and public affairs manager, told Seven Days in an email that the agency can’t comment until it conducts an internal review. Smith said she told Mack that GMT doesn't ever recommend a driver "remove students from the bus without a field supervisor involved.”

Smith declined to provide the driver’s name and whether he was still on duty, though Mack said “GMT did temporarily remove the driver from Route No. 47" to another bus line. Mack said GMT told her it will review the onboard bus camera, but Smith wouldn’t comment on the company’s internal review process.

Mack will read a list of demands at Tuesday night's school board meeting, including a request that the district reconsider its contract with GMT and that it address supervision on school buses.

"I’m doing everything in my power to see that these children's rights are protected in the future," she said.

Read the full letter below: