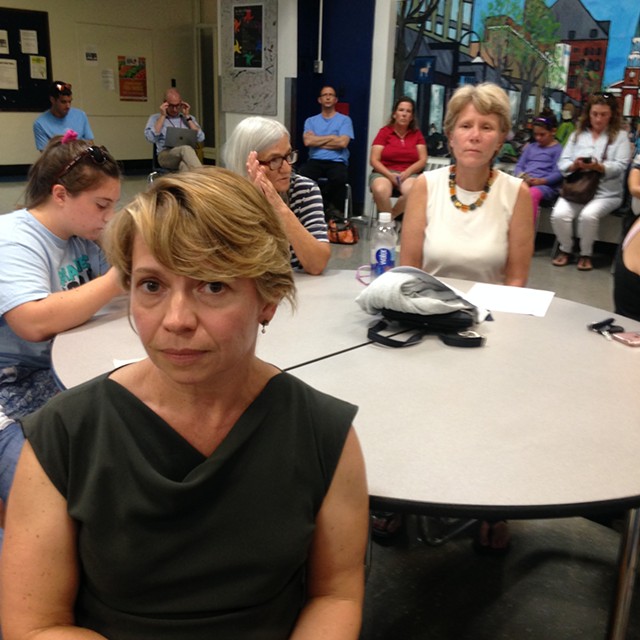 During a stinging public comment session, multiple speakers said district leadership ignored complaints about Macias for more than a year and should have placed him on leave Friday. That's when the Vermont Education Agency cited him for six alleged licensing violations, including fabricating a transcript so a student could graduate and behaving inappropriately with a substitute teacher who was a college student.

Numerous speakers also slammed BHS principal Noel Green for ordering the removal of an article from the website of the student newspaper, the Register, detailing the Macias allegations. The story was posted online Monday and removed Tuesday. After an outcry over censorship, Green and Obeng agreed to permit the article to be reposted.

The board went into executive session to discuss an unspecified personnel matter at 7:40 p.m. and concluded it more than an hour later. Asked if they had taken action to put Macias on leave, Obeng and board leaders would not comment. They said the administration and school board would issue statements Friday.

Obeng listened carefully and quietly as multiple speakers lambasted the district's handling of the Macias situation.

Rita Markley is the mother of 2018 BHS graduate Mary Markley, who this week is starting at Stanford University. Mary testified to the Education Agency that Macias failed repeatedly to provide accurate and timely information for her college applications, and that she had to involve her parents and other guidance counselors to relay the needed information.

Rita Markley said other students at BHS might not be able to enlist that kind of help, and she framed the situation as an equity issue that could shortchange students' dreams.

“Please, send a message that accountability matters,” she told the board. “That abuse of power is not tolerated at any level of our school system. Let the students know that they do, and they always should, come first. Thank you.”

Another parent, Caroline Crawford, said that she thought her experience as an employee of highly selective Middlebury College would help her shepherd her child, who graduated in June, through the college application process last school year.

But the guidance department under Macias failed in numerous ways, according to Crawford, who said she was forced to hire a consultant to help. Crawford said she loves Burlington, but has been deeply frustrated by unanswered questions about the guidance director. “I have had it,” she stated.

Former BHS guidance director Patty Wesley also spoke. Wesley, who retired in 2016, said the board had disregarded the comments of guidance department staff who left the school and cited Macias as the reason at public meetings last year.

The complaints were leveled by women and involved women, she noted.

“I can't help but notice the #MeToo aspect of this situation,” Wesley said. 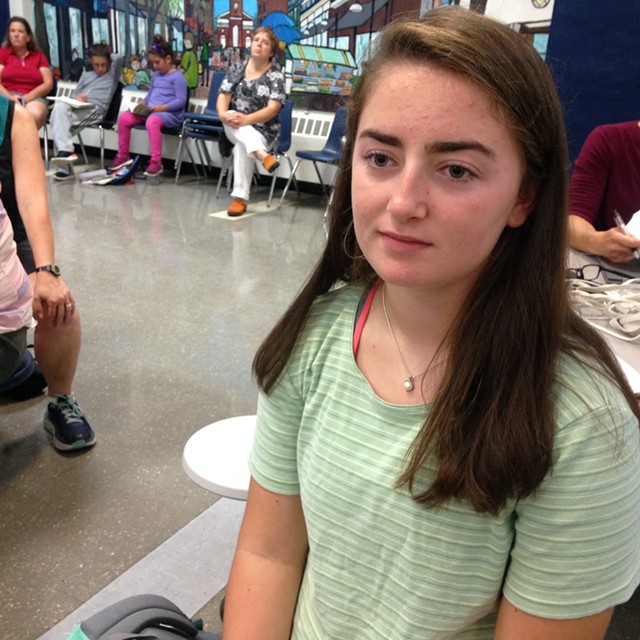 After the public comments barrage, the school board responded. "I just want everyone to know that we are listening," said board member Kathy Olwell. But, she added, "It's a personnel issue."

Board member Keith Pillsbury said he was sorry for what the student journalists went through this week and said their actions "showed courage."

Martine Gulick, another board member, told the student journalists: "I applaud your work."

Mike Donoghue, executive director of the Vermont Press Association, told the board the VPA and the New England First Amendment Coalition condemn the district and its administration for ignoring a recently passed Vermont law designed to ensure First Amendment protections for student journalists.

He called for district leaders to undergo training on the law and First Amendment issues. The VPA and NEFAC are also asking Obeng and Green to write letters of apology to the student journalists for misunderstanding an important law.

Before going into executive session, Obeng said he was listening carefully, but he declined to offer specific responses. "You know, we're here to listen to people, to hear their concerns."

Three of the four editors of the Register attended the meeting. One of them, Julia Shannon-Grillo, read a statement from the editors saying they were glad the district reversed the decision about the article but they would have preferred for the administration to have followed the law from the start.

They plan to repost the article in the next 24 hours, she added.
Prev
Next