by Molly Walsh and Taylor Dobbs 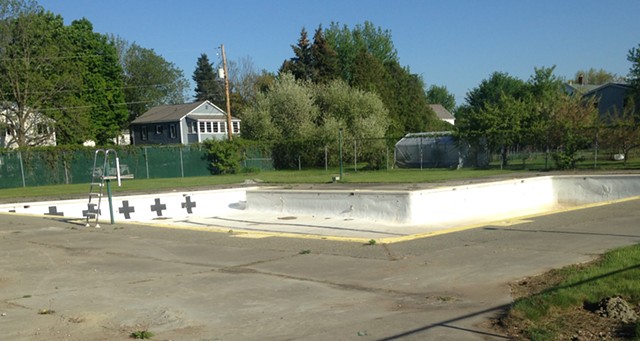 Winooski residents voted 763 to 554 on Tuesday to approve $3.9 million in bonding for a new municipal pool complex.

City officials closed the old, ailing Myers Memorial Pool in 2015 after concluding it would cost more than $25,000 just to patch its leaks and keep the pumps going.

Supporters argued that the city should restore the amenity to give children a place to learn to swim, and adults a spot to relax and splash with their neighbors.

Opponents said the price tag for a modern facility is too high, especially since an outdoor pool would be open for only a few months a year. They also suggested private funders should cover more of the tab.

The city plans to build the new pool complex at the site of the old one, which was empty and dry this summer. The proposal calls for a competition pool, a family pool, an addition to the current bathhouse and other improvements.