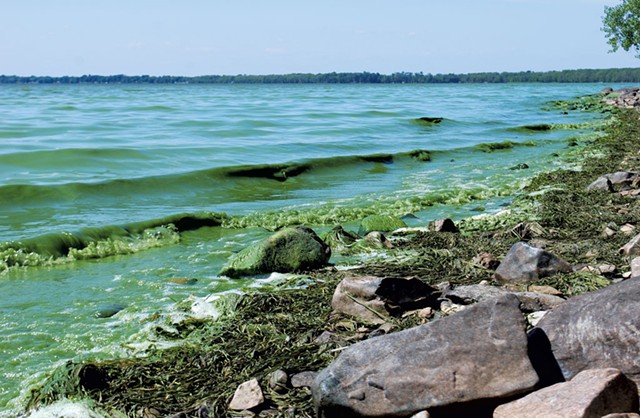 The Senate Agriculture Committee introduced an amendment on the floor to the “miscellaneous agriculture bill” that would exempt farms’ nutrient management plans from the state Public Records Act. It passed easily, without debate.

Those state-mandated plans detail what each farm is doing to curb pollution of the state’s waterways. Vermont is spending millions to help agricultural operations comply with the law.

“What this provision does is it essentially blinds the public from how those dollars are going to be implemented on farm fields,” said Rebekah Weber, “lakekeeper” for the Conservation Law Foundation. “I don’t understand the need for secrecy around that, especially when we’re asking the public to help foot the bill.”

CLF previously sued the state for failing to enforce federal clean water requirements — and won. It’s not enough, Weber suggested, to trust the Agency of Agriculture to inspect farmers’ plans. “The state hasn’t done a great job on enforcement,” she said.

Sen. Bobby Starr (D-Essex/Orleans) is the chair of the Senate Agriculture Committee. He argued that the public would still be able to see plans — so long as a farm’s name was redacted. According to Weber, that would limit CLF’s efforts to hold farms accountable.

Why are farmers concerned about such information getting out?

“I don’t know if there would be any concerns other than that we’ve just made it a practice forever [to keep those records private],” Starr responded.

Later, however, he hinted at one concern: “Could you imagine having 800 protesters sitting at your mailbox on a Sunday morning when you’ve got 200 cows to milk?”

Starr claimed not to understand what the fuss was about. “The environmental groups have got a lot bigger dogs to chase than a few farmers that are hanging on by their thumbnails,” he said.

The House did not include this provision in its version of the bill, which means the conference committee charged with reconciling the differences could decide to change it.