The defendants, seven of whom were arrested Friday, allowed dealers to use their apartments along a stretch of Malletts Bay Avenue, just a few blocks from the downtown Winooski traffic circle, authorities said.

"That facilitating is absolutely critical to the success of the drug trade in Vermont," Miller said during a press conference in Burlington. 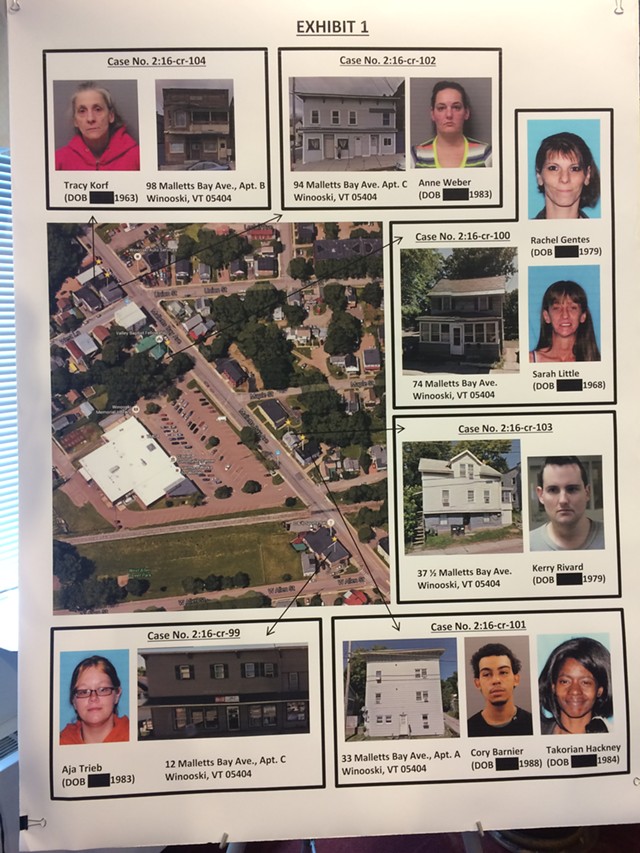 The following people were charged with making their homes available for the drug trade, a charge that carries a 20-year maximum sentence:

Police are still searching for Barnier. The other seven defendants were arrested Friday morning.

The charges grew out of an investigation into Michael "Unc" Villanueva, who operated a large drug distribution ring in Vermont before he was arrested in September 2015. Villanueva, who pleaded guilty in June to federal drug dealing charges, lived in St. Albans but operated out of the Malletts Bay Avenue homes controlled by the people arrested. When sentenced, Villaneuva faces life in prison and a minimum 10-year sentence.

The stretch of Malletts Bay Avenue where the arrests were made is heavily populated with families and children. It includes a library, community center and a YMCA, and is a short walk from the Winooski Police Department.

In a statement announcing the arrests, Miller noted the "cumulative and concentrated impact of drug distribution activity at so many homes along one street in the heart of Winooski." The investigation lasted more than a year, authorities said.