Midd Student Shopped at Durst's Store on Day She Disappeared

Did Robert Durst have anything to do with the disappearance of Middlebury College student Lynne Schulze in 1971?

The answer is uncertain, but it’s one of the most intriguing leads police have come across in the four-plus decades they have been trying to solve the case, police officials said Tuesday. “I think it’s a great lead, but I do not invest myself into any lead 100 percent,” said Middlebury detective Kris Bowdish. 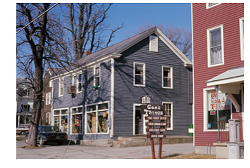 National media joined local journalists at the Middlebury Police Department Tuesday afternoon for a news conference on the possible connection between the long-missing girl and real estate multimillionaire Durst.

Durst ran a health food store called All Good Things at 15 Court Street in Middlebury. Schulze shopped there on the day she was last seen.

“We don’t know if they had any personal contact,” Middlebury Police chief Thomas Hanley said Tuesday, but the possibility is being actively investigated. He added: “I feel like we’re progressing on this case.” 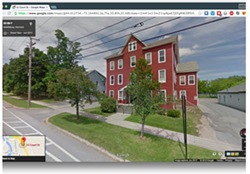 Durst is facing a murder charge in the 2000 death of his friend Susan Berman in Los Angeles, and was the subject of the heavily viewed HBO documentary “The Jinx: The Life and Deaths of Robert Durst." The film also dealt with the disappearance of his wife and his successful defense of a murder charge involving a Texas man.

Durst lived in Addison County for about two years in the early 1970s, police said. Hanley wouldn’t say where, only that Durst lived in a commune-type setting in the Middlebury area with his wife, who disappeared in 1982. 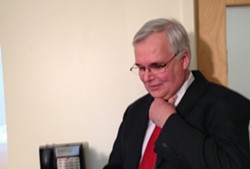 Middlebury police have been exploring a possible link between Durst and Schulze since 2012, Hanley said. After “The Jinx” aired with footage about Durst’s time in Vermont, media calls started coming to the department.

Monday, the department issued a statement about a possible connection between Durst and Schulze, and Tuesday followed up with the briefing. Police are hoping the publicity will lead to tips.

“I’ve got an 18-year-old woman that disappeared, that didn’t deserve to disappear,” Hanley said.

Below is a PowerPoint presentation from Middlebury Police on the case.