Amendment Would Push Same-Day Voter Registration to 2017 | Off Message 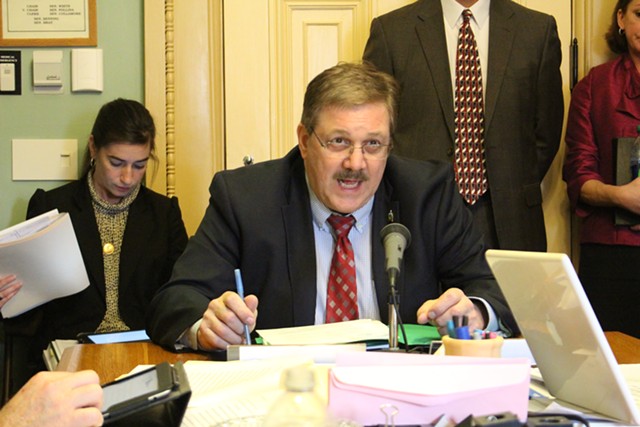 Picture this: Sen. Bernie Sanders (I-Vt.) runs for president in the 2016 Democratic primary. Vermonters, newly awakened to the desire to vote for the hometown boy, rush to the polls for the March election. Should they be able to register on the spot?

A bill pending in the Senate would have allowed them to, by enacting same-day voter registration in 2016. But faced with opposition from some town clerks, key senators decided Tuesday to push that date to 2017.

"Town clerks earn a fair amount of deference because they run the world at home," said Sen. Chris Bray (D-Addison), a member of the Senate Government Operations Committee. Clerks have raised concerns about potential voter fraud and an increased election-day workload, particularly in a heavy-turnout, presidential-election year.

Though the committee previously approved the 2016 start date, one of its members, Sen. Brian Collamore (R-Rutland) said Tuesday he would introduce an amendment to delay its enactment by a year. Committee chair Jeanette White (D-Windham) said she would support the move.

"At least this amendment meets the needs of a ton of town clerks out there," White said.

The Senate is due to vote on the bill Thursday.

Secretary of State Jim Condos, whose office oversees elections, said he would have preferred moving to same-day voter registration next year, but he's glad to see the legislation is alive.

"We're excited to finally get this on the books," he said. "Same-day voter registration will help us increase voter participation and turnout."

Back in 2006, when Condos was a state senator and chaired the government operations committee, legislators nearly passed a bill enacting same-day voter registration. It died at the end of the session before House and Senate differences could be reconciled, he said.

Condos said the state voter registration system can handle moving the deadline from the Wednesday before an election to election day. He noted that 13 states have same-day registration. Vermont already allows those who register to vote within 45 days of an election to turn around cast a ballot immediately through early voting, he said.

Sanders, for the record, hasn't announced whether he's running for president. But one things for certain: Somebody will be running in the March 2016 primary.