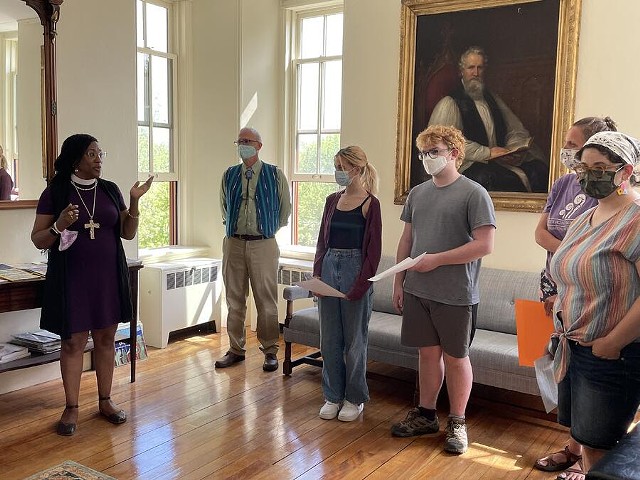 Rock Point School, a small independent day and boarding high school located on Burlington property owned by the Episcopal Diocese of Vermont, is reckoning with the racism of one of the church’s former leaders. Last week, students and faculty removed a large portrait of John Henry Hopkins, who in 1832 became the first Episcopal Bishop of Vermont, from the school's front hall because of his writings defending slavery.

Hopkins’ son built the school building in the late 1800s as a tribute to his father. It's on a large scenic parcel that includes Lake Champlain shoreline.

In 1861, the elder Hopkins penned A Scriptural, Ecclesiastical and Historical View of Slavery, a pamphlet in which he criticized abolitionists and argued that slavery was not a sin.

Head of school C.J. Spirito said that several faculty members participated in a 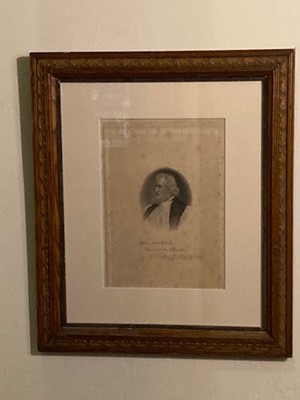 study group that read Hopkins’ work with Shannon MacVean-Brown, Vermont’s first Black Episcopal bishop. Afterward, the school began discussing how to reconcile the bishop’s racist beliefs with the role he played founding the diocese and his belief in the importance of educating women.

Students, with the support of their English teacher Abbey Baker,  ultimately decided to take down the large painting of Hopkins, but to put a smaller pen-and-ink drawing of the bishop in the less centrally located chapel. Hanging beside that portrait is a statement written by students and Baker that explains the school’s decision.

Hopkins' face is not what the school wants visitors to see when they come through the door, the statement reads. “We did not want that picture and that person to be seen as a remarkable man," it says. "He is a part of the school’s foundation and although that cannot be erased or forgotten, we hope that those who see his portrait will know both of his contributions to the world: his aid to slavery and his aid to education.” 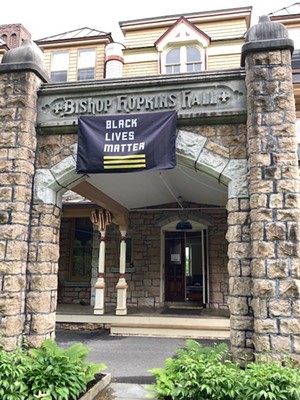 Hopkins’ name remains etched on the dolomite facade of the school building.

During a community meeting with students, staff and Bishop MacVean-Brown, a teacher proposed hanging the Black Lives Matter flag beneath Hopkins’ name, and students liked the idea, said Spirito. The bishop — who is a member of the school’s board — also lent her support.

Spirito said the school community will continue to grapple with how to hold on to the positive aspects of Hopkins’ legacy while standing against “the parts that were just not accepting or inclusive.”

“Removing the portrait, collectively writing a statement, moving forward with open eyes, and making intentional efforts to make our school a place everyone can belong and become their best selves feels right and an effective combination of talk and action,” said Spirito.
Prev
Next