Cryptocurrency and Capital Gains: The Sources of Vermont Candidates' Wealth | Off Message

Cryptocurrency and Capital Gains: The Sources of Vermont Candidates' Wealth

The leading candidates for governor of Vermont earned between $190,000 and $400,000, according to their most recent tax returns — well in excess of the state's average income. But none came close to lieutenant gubernatorial candidate Scott Milne, who reported making more than $2 million in 2018.

The Pomfret Republican took more than $256,000 in profits from Milne Travel and drew a salary close to $101,000, according to a tax return filed with the Secretary of State's Office. Milne owns a 49 percent stake in the travel agency cofounded by his late parents and now majority-owned by Altour.

But the vast majority of the candidate's 2018 income came not from plane tickets or cruise ship reservations but from the sale of cryptocurrency. Milne's tax return shows capital gains of more than $1.7 million, most of which he said was attributable to sale of the Ethereum and Ethereum Classic digital currencies.

"These investments are one of the cleanest ways of investing in the promise blockchain can bring to society, which I believe is immense and potentially transformational," he said.

Milne declined to discuss the details of the transactions, but during his 2016 race for the U.S. Senate, he reported owning between $300,000 and $600,000 of the two currencies. The price of both spiked in 2018 and has since retreated.

Milne's success in 2018 evidently did not inspire a turn to philanthropy. He said he donated just $4,885 to charitable causes that year — about two-tenths of 1 percent of his income. "I gave north of half a million dollars to the federal government," he explained. "So that was money that went to support our common good."

Since the 2018 election, candidates for the state legislature have been required to submit financial disclosure forms when petitioning to get on the ballot. Those running for statewide office must also submit a copy of their most recent tax return. (Because Tax Day was delayed until July this year due to the coronavirus pandemic, some candidates provided their 2018 returns, while others did so for 2019.)

The documents do not include a list of assets or reveal a candidate's net worth, but they do provide a glimpse of a candidate's most recent earnings. The latest batch shows that several top candidates made far more than Vermont's median household income of roughly $60,000 a year. 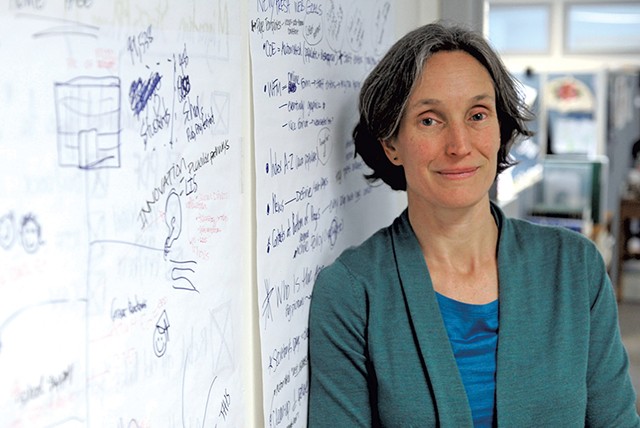 Holcombe and Zuckerman both attributed some of their 2019 earnings to investment decisions they made upon inheriting money. Both said they had divested from certain sectors for philosophical reasons, thereby accruing capital gains — in their case, profits from the sale of stocks.

Holcombe and her husband, ProPublica investigative reporter James Bandler, reported more than $138,000 in wages that year. For the first few months of 2019, Holcombe worked as an adjunct professor at Boston College. The couple also co-own with four others Highland Lodge, an inn in Greensboro.

In addition to their salaries, Holcombe and Bandler reported nearly $97,000 in dividends and more than $165,000 in capital gains.

Holcombe said she came into an inheritance in early 2019 and opted to sell or give away some of the stocks she acquired. "Primarily, the gains you see on the return were associated with divestment from fossil fuels and [the pharmaceutical industry], as well as some technology," she said.

According to Holcombe, she and Bandler made nearly $197,000 in charitable contributions that year, largely in the form of stocks. Only about $133,000 of that was deductible, she said.

Holcombe, who has promised to fight for low-income Vermonters, said her personal finances helped illustrate inequities within the economic system. "It's a really good case study of how our current economy doesn't work for most Americans," she said. "What you see in my tax returns is that the strength of the stock market is unconnected with the strength of the broader economy — and particularly the well-being of lower earners." 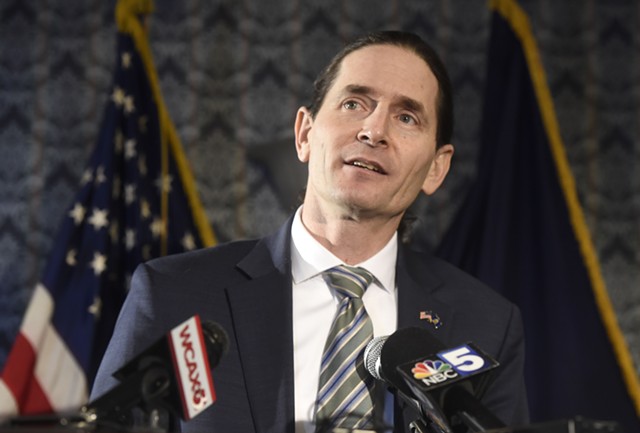 Zuckerman, who has also vowed to fight economic inequality, reported roughly $24,000 in dividends and more than $171,000 in capital gains in 2019. After his mother died early that year, he said, he sold off and gave away investments in fossil fuel, airline and pharmaceutical companies, among others. "The stock I inherited was primarily in the kinds of companies I'm not particularly interested in investing in," he said.

According to Zuckerman, most of his $58,000 worth of deductions that year were the result of stock gifts to climate education organizations.

Zuckerman, who co-owns Hinesburg's Full Moon Farm with wife, Rachel Nevitt, reported $99,000 in wages in 2019. That included Zuckerman's $67,000 salary as lieutenant governor and Nevitt's pay from the farm.

The couple also reported nearly $106,000 worth of losses, which Zuckerman attributed to a tough year on the farm. A drought the previous summer and fall led to a small harvest and reduced sales over the winter, he said. The farm then invested in new infrastructure and a hemp crop that was initially unprofitable. "Serving as lieutenant governor has impacted the profitability of the farm," he said.

Though Zuckerman said he considered himself fortunate, he argued that the 2019 tax year was an aberration.

"Sometimes a single snapshot in time doesn't always tell the whole story," he said. "Ultimately, I've been very lucky to not have college debt and to have been able to start a business, but the recent economic bump is due to the unfortunate circumstance of my mom passing away."

Scott and his wife, Diana McTeague Scott, reported $218,000 in wages in 2018. That included his $166,000 gubernatorial pay and her salary as a nurse. Scott earned another $75,000 in interest from the sale of his former business, DuBois Construction. The governor said he has no investments other than a retirement account.

"This is the most I've ever made in any job I've ever had, so this is a blip on the screen in some respects," Scott said of his gubernatorial gig. "Everything I did for 30 years was to keep reinvesting in [DuBois] and not taking a lot out."

Among the leading contenders for the Democratic nomination for lieutenant governor, Assistant Attorney General Molly Gray reported close to $80,000 in earnings in 2019, Senate President Tim Ashe (D/P-Chittenden) made $47,000 in 2018 and activist Brenda Siegel earned just more than $8,000 in 2018.

Sen. Debbie Ingram (D-Chittenden), another contender for lieutenant governor, reported making close to $233,000 in 2019. In addition to her $50,000 in wages as a state senator and part-time executive director of Vermont Interfaith Action, she earned $15,000 in dividends and $164,000 in capital gains, according to her tax return.

Like Holcombe and Zuckerman, Ingram attributed her wealth to an inheritance. "It just so happens it's the most income I've ever made in my whole life," she said. "The focus of my politics has been on everyday Vermonters who don't make a lot of money — and making sure we protect the vulnerable in our society. So I don't want to come across as somebody who's out of touch. I'm not."