Candidates File for Vermont Races Ahead of Thursday's Deadline | Off Message

Candidates File for Vermont Races Ahead of Thursday's Deadline 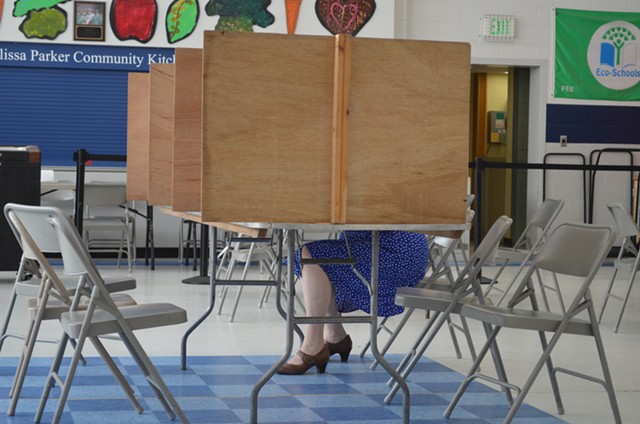 The field of candidates seeking public office in Vermont grew ahead of a key deadline on Thursday evening. By 5 p.m., 21 people had signed up to run for the offices of governor and lieutenant governor alone.

To be listed on the August 11 primary ballot, candidates for statewide offices had to file with the Secretary of State’s Office. Other candidates — including for the Vermont Senate and the House — had the option of filing at local clerks’ offices, so the list won’t be complete until their names are added in the coming days.  For example, House Speaker Mitzi Johnson (D-South Hero) was not on the list Thursday evening, but she had filed with her local clerk on Wednesday.

The deadline nevertheless offers a look at how crowded some statewide primaries have become in a year when lawmakers, due to COVID-19, waived the requirement for candidates to gather signatures to get on the ballot.

Some candidates, such as Gov. Phil Scott, surprised absolutely no one by putting in their papers. Scott had been widely expected to file for reelection and announced on Thursday morning he’d done just that.

Others, however, were unexpected, such as Scott Milne, a Republican businessman who on Thursday threw his hat into the crowded race for lieutenant governor.

A total of 11 candidates stepped forward seeking the governor’s job. Challengers are hoping to unseat an incumbent who has been front and center during the coronavirus crisis.

Seeking the Republican nomination are first-time candidate John Klar, an attorney and farmer from Brookfield; Irasburg resident Bernard Peters, who ran for governor as an independent in 2014; and Emily Peyton, of Putney, who has run for governor several times unsuccessfully.

Vying in the Democratic contest are Lt. Gov. David Zuckerman, former education secretary Rebecca Holcombe and Bennington attorney Pat Winburn, all of whom had announced well before the deadline, as well as Douglas Cavett of Milton and Ralph Corbo of East Wallingford. Corbo is the activist who was detained by capital police last year after disrupting Scott’s inaugural address by flinging a handful of fake money off a House balcony.


Eric Covey, chief of staff for the Secretary of State's Office, said it is difficult to say whether the elimination of the need to gather signatures — 500 for statewide and federal office, 100 for state Senate seats, and 50 for House seats — had spurred a higher-than-usual number of candidates.

Sens. John Rodgers (D-Essex/Orleans) and James McNeil (R-Rutland) did not appear on the secretary of state's list on Thursday night. Rodgers told Seven Days he'd submitted papers to a local clerk earlier this week via mail. McNeil did not return a telephone message.

Correction, May 29, 2020: A previous version of this story misstated Anya Tynio's hometown.
Prev
Next