Another 28 Coronavirus Cases Confirmed in Vermont | Off Message

Another 28 Coronavirus Cases Confirmed in Vermont 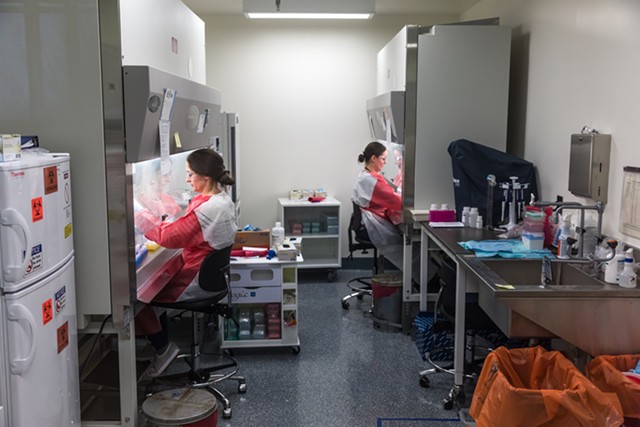 One death was a patient at the University of Vermont Medical Center.

The new confirmed infections represent a 15.3 percent increase over the 183 cases announced Friday — the lowest percentage increase in more than a week.

By comparison, the spike from 28 to 44 cases announced March 21 represented a 57-percent increase in infections. The updated numbers follow the state’s announcement that it had relaxed testing protocols, allowing patients with mild and moderate symptoms to get tested.

While the increase in total positive tests was lower than it has been all week, the percentage of new tests that were positive was about 24 percent — well above nearly every daily tally since the outbreak began.

Health Commissioner Mark Levine said Friday that the protocol change reflected the state’s success obtaining more testing kits, though he declined to say how many the state now possessed.

Health department data show that Chittenden County continued to have the largest number of cases in the state, at 105. Two rural counties, Essex and Grand Isle, still had none.

The department also reported that the number of people tested had increased to 2,374.

Correction, March 30, 2020: Due to a source error, this story originally reported inaccurately that eight residents of the Burlington Health & Rehabilitation Center had died of COVID-19. In fact, the total as of March 30 was seven. The information has been removed from the story.
Prev
Next