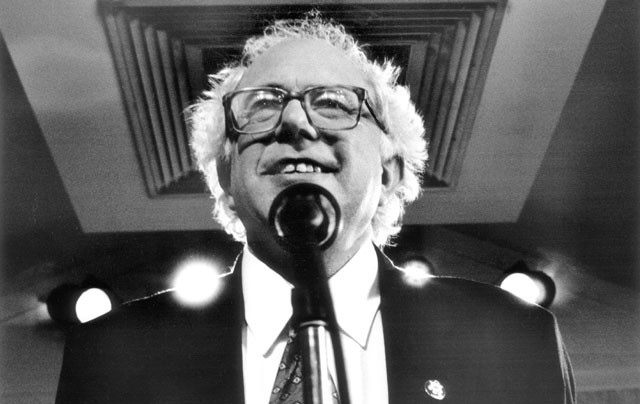 Former governor Madeleine Kunin still recoils at a male opponent's claim that, as she recalls it, he'd be "more pro-female than me."

When Kunin, Vermont's first — and, to this day, only — female governor, ran for reelection in 1986, Burlington mayor Bernie Sanders told voters that he would do more for women if they replaced her with him.

"He claimed to be a better feminist than I was," Kunin said this week in an interview with Seven Days. "It shocked me at the time."

Sanders, now a U.S. senator seeking the presidency, has faced heightened scrutiny over his views on women in politics since CNN reported Monday that he'd declared in a private meeting that a woman could not win the White House in 2020. The other participant in the December 2018 meeting, Sen. Elizabeth Warren (D-Mass.), confirmed the report.

"Among the topics that came up was what would happen if Democrats nominated a female candidate," said Warren, who is also running for president. "I thought a woman could win; he disagreed."

Sanders has denied the story. "Well, as a matter of fact, I didn't say it," Sanders responded when asked about the alleged remark at a Democratic debate Tuesday in Des Moines, Iowa. "Anybody knows me knows that it's incomprehensible that I would think that a woman cannot be president of the United States."

Kunin, whose path to power in the 1980s coincided and sometimes conflicted with Sanders', doesn't believe her former rival. "As far as the conversation between he and Elizabeth Warren, I tend to believe her, since she's been such a straight arrow on everything else," Kunin said.

Sanders' campaign did not respond to requests for comment.

The former governor has previously criticized Sanders over his approach to the 1986 race.

"When Sanders was my opponent he focused like a laser beam on 'class analysis,' in which 'women's issues' were essentially a distraction from more important issues," Kunin wrote in a Boston Globe op-ed at the height of his 2016 campaign for the presidency. "He urged voters not to vote for me just because I was a woman. That would be a 'sexist position,' he declared." (Prior to writing the op-ed, Kunin had endorsed Sanders' rival for the Democratic nomination, former secretary of state Hillary Clinton.)

In her 1994 memoir, Living a Political Life, Kunin recalled a rally in Burlington's City Hall Park the weekend before the 1986 election. According to her husband, who attended the rally in her place, Sanders proclaimed that she had done nothing for women.

Archival newspaper accounts confirm that "women's issues," as they were referred to at the time, came up repeatedly during the 1986 campaign.

That September, according to an Associated Press story from the time, Sanders held a press conference to tout his "women's program." That included increased funding for childcare centers and educational opportunities for women. He also touted his work as mayor supporting a domestic abuse shelter, job training for women, and a prohibition on housing discrimination against women with children.

"I am extremely proud of my record as the chief executive of the city of Burlington in supporting women's rights," he told reporters at the press conference. "If elected governor ... I will continue to actively support the rights of women in all areas of our society."

Days later, at a state convention of the National Organization for Women, all three candidates — Democrat Kunin, Republican Peter Smith and independent Sanders — declared their support for the Equal Rights Amendment. Kunin took the opportunity to defend her record, arguing that she had sought to close the pay gap between men and women in state government, founded a new program to help women get off welfare and hired a gender-diverse staff and cabinet.

"My whole political career has been the personification of the ERA," she said, according to a Rutland Herald account.

The topic turned testy during a debate in late October when Sanders alleged that Kunin had not done enough to increase the availability of childcare.

"Sanders has made his record on women’s issues as mayor of Burlington into a cornerstone of his campaign," the Herald reported at the time. "He has sought to show he would do more for women than has Kunin, the state’s first female governor. As part of his platform, Sanders has said major increases in funding for day care are needed to allow more women — especially single mothers — to work."

Kunin's response? "Bernie, I would just like to do one thing and that is to stick to the issues and stick to the facts and not question my honesty on any of these issues," she said during the debate.

In one interview that year, according to Burlington journalist and activist Greg Guma's book, The People's Republic, Sanders dismissed Kunin as a lightweight.

"If you ask her where she stands she'd say, in the middle of the Democratic party," Sanders said in the interview. "She's never said she'd do anything. The confusion lies in the fact that many people are excited because she's the first woman governor. But after that there ain't much."

In the end, Kunin won reelection with 47 percent of the vote. Smith claimed 38 percent and Sanders took just 14 percent. Four years later, Sanders would defeat Smith to win a seat in Congress.

Kunin, now 86 years old, says she's disappointed that the country is still debating whether a woman could win the presidency. "It's unfortunately a question in the air, but I think we can prove the answer is yes," she said.

That doesn't mean she's determined who she'll support in Vermont's March 3 presidential primary. "No, I haven't," she said. "I'm waiting to see how this sugars off."
Prev
Next