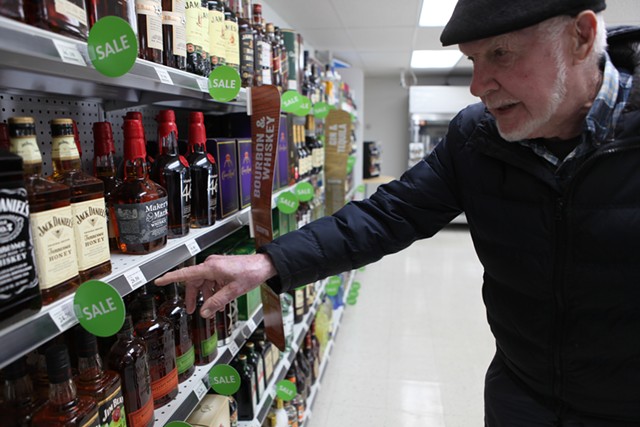 The base exchange at Camp Johnson isn’t the most convenient place for Bill Keogh to shop for booze.

The retired army guardsman and former Burlington city councilor has to drive from his South End home up Interstate 89 to Colchester, pass through base security and then navigate his way to a nondescript structure at the end of Veterans Road.

It’s a little out of the way, but old habits die hard.

“I save myself $10 on a bottle of bourbon. It probably costs me $3 in gas,” quipped the 89-year-old Keogh as he trekked to the little trading post for what may be the last time.

The exchange at Camp Johnson is closing for good on December 13, the likely victim of dwindling sales and increased competition from online and local retailers.

“I’m sad to see it go, truthfully. I wish they could have kept it going,” said Sgt. Karl King, a logistics specialist with the Vermont Army National Guard, as he perused the whiskey-heavy alcohol aisle. 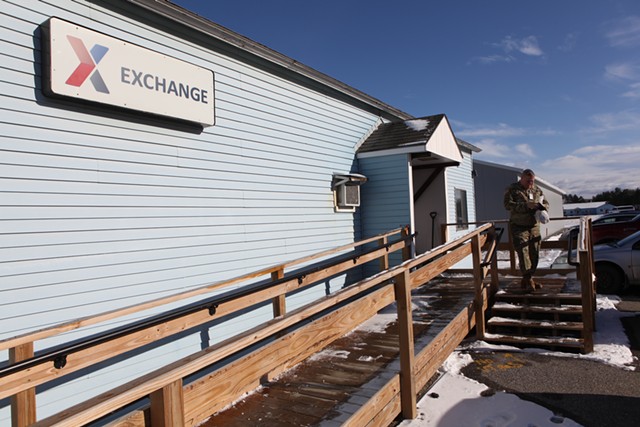 King lives in Randolph but stays on base during the week, so he regularly frequents the exchange — which is about the size of a double-wide trailer — for snacks, toiletries or alcohol.

Only active or retired military personnel can shop at the exchange, and the goods are sold tax free.

King wasn’t willing to say prices at the store were always rock bottom. Keogh, however, is convinced he’s getting a great deal on his booze.

His go-to brand is Military Special Kentucky straight bourbon whiskey, a liter of which he picked up Tuesday for $13.99.

Over the years, Keogh said he’s bought all kinds of things at the exchange, including a lawn mower and a television. On Tuesday, he also picked up a couple boxes of antacid and a phone carrying case.

The prices are not only good, but exchanges give back to the bases they serve, another reason he has continued to shop there long after leaving active service, Keogh said.

The exchange is run by the Texas-based Army & Air Force Exchange Service, which operates 4,000 stores on military bases in 34 nations around the globe.

"We are sad to see the Exchange close on Camp Johnson. It was a great resource to have nearby to purchase military gear, clothing or a quick snack," Vermont Army National Guard spokesperson Nathan Rivard said in a statement.

Rivard said profits from the operation — $1,335 in 2018 — have helped fund family and holiday events for local members of the guard.

But King noted that unlike larger bases or those in more remote areas, the Camp Johnson exchange has plenty of competition. There's a Cumberland Farms near the main base entrance, a Costco to the west and a Big Lots down the street, he noted.

Keogh said he can imagine that the exchange faces tough times, especially with so many online shopping options. Even the exchange service itself has an online presence.

Nevertheless, Keogh said, the closure is a shame.

“It’s a benefit to people, whether it makes a profit or not,” he said.
Prev
Next