Sanders' Senate Attendance Dwindles as Campaign Heats Up | Off Message 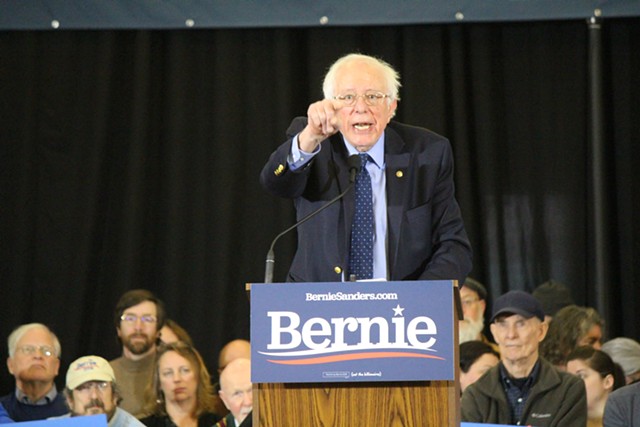 The U.S. Senate held 70 roll-call votes last month, but the junior senator from Vermont showed up for just seven of them.

Though Sanders missed more votes in July than the six other U.S. senators seeking the presidency, his overall attendance rate this year is better than that of two rivals. According to a Seven Days analysis of the 262 roll-call votes the Senate has held since January 8, Sen. Cory Booker (D-N.J.) has missed the most: 118, or 45 percent. Sen. Kamala Harris (D-Calif.), meanwhile, has missed 116, or 44.3 percent.

Sanders and Sen. Kirsten Gillibrand (D-N.Y.) are tied for third in truancy, with 105 missed votes, or 40 percent. The remaining three senator-candidates have missed far fewer votes:

Sanders, who launched his presidential campaign on February 19, had a relatively robust attendance rate until this summer, when debate season began. From January through May, he missed just nine of 129 votes. In June and July, however, he skipped 93 out of 130.

In a written statement to Seven Days, Sanders campaign manager Faiz Shakir said, "Bernie has made a commitment over this next year to give it his best shot to run for President and win. He's all in. That sometimes comes at the expense of missing a few Senate votes, but if there are ever any votes that hinge on his presence, he will certainly be there." 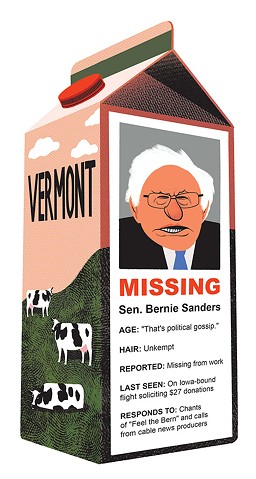 It's true that many of the votes Sanders skipped were lopsided ones pertaining to the nominations of federal judges, U.S. attorneys and sub-cabinet administration officials. Others were on more pressing matters, such as funding the Department of Defense, suspending the debt limit and seeking to override President Donald Trump's veto of resolutions blocking arms sales to Saudi Arabia and the United Arab Emirates.

Not surprisingly, Vermont's other two congressional delegates — neither of whom are running for president — have racked up solid attendance records this year. Sen. Patrick Leahy (D-Vt.) has missed just three votes, or 1.2 percent, while Rep. Peter Welch (D-Vt.) has missed 12 of the 502 roll-call votes the U.S. House has held, or 2.3 percent.

This isn't the first time Sanders has put his presidential ambitions ahead of his senatorial responsibilities. As Seven Days reported during his 2018 Senate reelection race, he missed nearly 71 percent of the roll-call votes held during calendar year 2016, when he first sought the presidency.

Related In a Third Term, Would Bernie Sanders Show Up to Work?

In a Third Term, Would Bernie Sanders Show Up to Work?
By Taylor Dobbs
Politics
According to an analysis by the nonpartisan research service GovTrack, Sanders' truancy rate is far higher now than it was during an equivalent period of the 2016 campaign. From late January through late August of 2015, he missed just 4 percent of the 232 votes held.

At a Senate candidate forum last fall in Winooski, Sanders declined to commit to serving out a third term if reelected, noting that he may run for — and win — the presidency. He also refused to promise that his Senate attendance rate would improve.