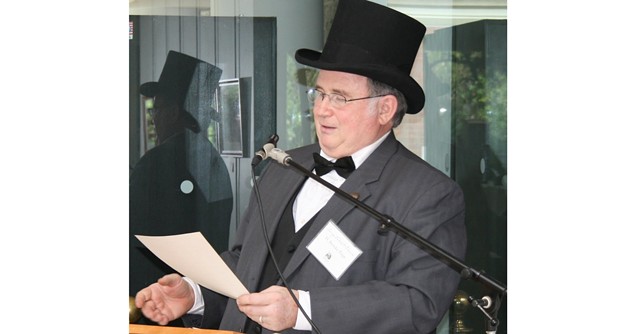 The Republican nominee for six statewide offices in Vermont dropped out of five of them Friday, according to the Secretary of State's Office.

In last week's GOP primary, Washington resident and perennial candidate H. Brooke Paige won the nominations for U.S. Senate, U.S. House, secretary of state, attorney general, state treasurer and state auditor. But on Friday, he formally withdrew from all but the secretary of state's race, according to elections director Will Senning.

Paige said he’d chosen to continue challenging Democratic Secretary of State Jim Condos because he was frustrated with the state’s electoral system. “They’re the people in charge of this chaos,” Paige said.

The candidate's decision scrambles Vermont's general election ballot and could lead to new opponents for top statewide officeholders, including Sen. Bernie Sanders (I-Vt.) and Rep. Peter Welch (D-Vt.). According to state law, the Vermont Republican Party now has seven days to replace Paige in the contests.

The party's executive director, Jack Moulton, said Friday that it would hold a special meeting of its state committee next Wednesday in Montpelier. There, as many as 80 GOP officials — including chairs, vice chairs and treasurers of county parties — could select new nominees for the five offices.

"A lot of people have submitted letters of interest already, and we haven't even called for them," Moulton said. "We have at least one [candidate] for every office."

Paige, a flamboyant character known for sporting a top hat and formal wear, said throughout the primary campaign that he was running for so many offices in order to keep Democratic and Progressive incumbents from winning the Republican nominations with write-in votes. He said he'd be willing to hand off some of the nominations if credible challengers stepped up.

But earlier this week, as Friday's deadline to drop out approached, Paige locked horns with the Secretary of State's Office over the terms of his withdrawal.

According to Vermont Public Radio, Paige sent letters to the office declaring he would drop out of the Senate race only if Feliciano took his spot on the ballot, and he would drop out of the other contests only if the Vermont Republican Party named replacement candidates. In a statement to VPR at the time, Condos said that Vermont law "does not allow for conditional withdrawals of candidacy."

"A candidate either withdraws, or they do not," Condos said.

On Friday, Paige told Seven Days that he’d dropped his conditions after the party told him there was interest in all the races.

“They have given me the assurance that if they don’t come up with someone for an office, they will nominate me for that office,” Paige said. “So I can keep my pledge that every Democrat would have a challenger in November.”

Corrected on Monday, August 27, 2018. The original headline of this story misstated the number of races from which H. Brooke Paige withdrew.
Prev
Next