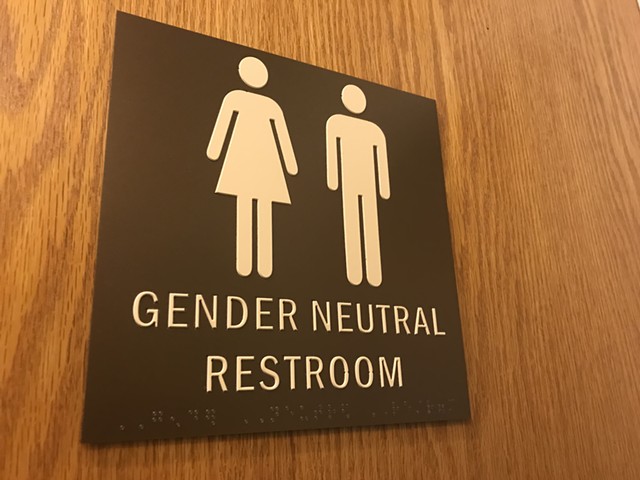 Gov. Phil Scott signed a bill into law Friday that requires single-user public restrooms in Vermont to be designated gender neutral. The law, which takes effect July 1, is the latest approved on the state level amid a national debate about restroom access for people who identify as transgender or gender nonconforming.

Brenda Churchill, the Statehouse liaison for the LGBTQIA Alliance of Vermont, said the new law is a big step forward.

“Every Vermonter will now have more opportunity to be able to use a bathroom,” Churchill said.

Churchill noted that it isn’t deemed controversial when portable toilets at public events are not labeled by gender.

“Think of it this way: There’s more security now for people to find a place to go to the bathroom … we all have a basic need, and this is just the opportunity for everybody to take care of business,” she said.

Last month, most members of the House voted for the bill, while the Senate passed it unanimously.

House Speaker Mitzi Johnson (D-South Hero) said in a statement that some Vermonters have encountered problems as a result of gender-specific restrooms.

"I’ve heard heartbreaking stories of children afraid to use the restroom at school and Vermonters unable to find accommodation in public places," Johnson said.

The legislation, H.333, does not apply to restrooms with multiple toilets in the same room, which can still be restricted by gender under state law.
Prev
Next