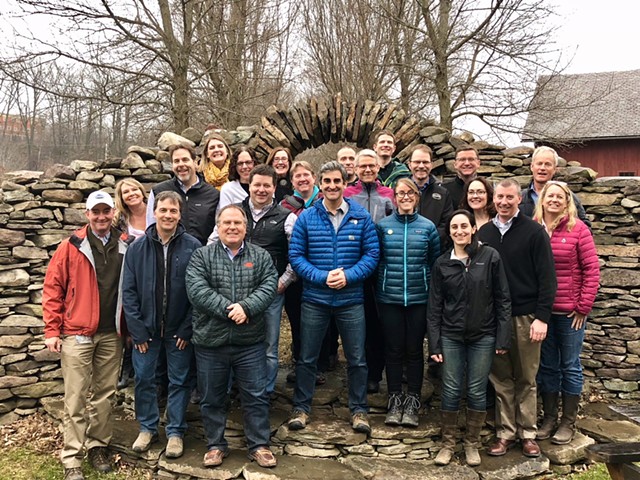 Changes are afoot at Burlington City Hall. Mayor Miro Weinberger has a new chief of staff and named a permanent chief administrative officer, among a series of personnel moves he announced Wednesday.

Weinberger granted Beth Anderson, who has been serving as interim chief administrative officer, a permanent post overseeing the city's finances and budget. Anderson, who was hired in June 2015 as the city's first chief innovation officer, was appointed to replace Bob Rusten, who retired in September.

Weinberger's current chief of staff, Brian Lowe, will move into Anderson's role as acting chief innovation officer. He'll take on the responsibility of improving the city's IT systems and build on "BTVStat," a program Anderson created to chart progress and measure the success of city goals.

Meanwhile, Weinberger named Jordan Redell his new chief of staff. Redell served as the mayor's campaign manager during his reelection run and before that, she worked in the mayor's office for more than two years.

The changes come days after Noelle MacKay, director of the the city's Community & Economic Development Office, announced that she would step down next month.

MacKay has been on the job for nearly two years, during which she has overseen development and planning projects including the Moran Plant; Memorial Auditorium; the redevelopment of the Burlington Town Center; and a new marina, which is scheduled to be built this spring.

MacKay has taken a job as chief operating officer at the Regulatory Assistance Project in Montpelier, a nonprofit that focuses on international energy regulation and sustainability, according to a city-issued news release. Her last day in Burlington will be May 25, though she may continue doing consulting work for the city after her departure.