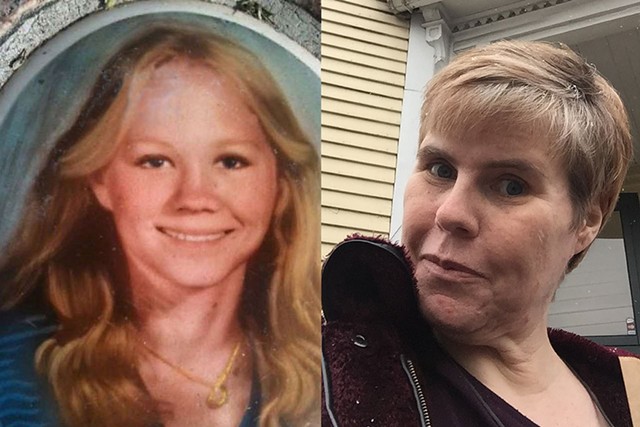 Jennifer Kathleen Gibbons, a Vermont College of Fine Arts student, was visiting her grandmother's gravesite in a California cemetery in 2013 when another headstone, made of pink marble, caught her eye.

Something about it struck Gibbons. She searched for Bombardier on the internet and learned the teen had been sexually assaulted and murdered; her case was unsolved. Gibbons wrote about it in her journal and then dedicated a blog to the case. Her story set off an improbable chain of events that culminated on Monday when police in Antioch, Calif., arrested registered sex offender Mitchell Lynn Bacom, 63, and charged him with killing Bombardier.

Police linked Bacom, who has a lengthy criminal record, to the crime through DNA evidence. The East Bay Times, a California newspaper, said he was a "longtime suspect."

But investigators have been quick to credit Gibbons, who has no training in law enforcement or journalism, for bringing needed attention to the case.

"I was stunned. I'm gobsmacked," Gibbons told Seven Days. "I was speechless for the first day."

Gibbons initially pitched Bombardier's story to California journalists. When they didn't bite — a cold case with no new developments was a tough sell — she decided she would do it herself.

"Well, it's either nothing gets done, or maybe a little thing can get done," she remembers thinking.

She launched a blog entitled "The Lost Girl." Gibbons' work eventually caught the eye of two retired detectives who had been familiar with the unsolved murder and had been trying to convince local authorities to establish a cold case unit.


Bombardier, a straight-A student, disappeared while babysitting her nieces in Antioch. Her body was found in a nearby river; she'd been fatally stabbed.

"I felt like I owed it to her," said Gibbons, who divides her time between Montpelier and Fresno, Calif. "I had no idea who did it. All I knew was I had to put her name out there so people knew who she was."

Gibbons, who began the VCFA's two-year master of fine arts in writing and publishing program in 2016, is developing her writing about the Bombardier case into a memoir that she will use as her graduate thesis. She also hopes to publish it and is looking for an agent.

She has no plans to examine other cold cases, but hopes that her efforts will inspire other amateur sleuths. And at some point, she hopes to return to California to attend the legal proceedings against Bacom.