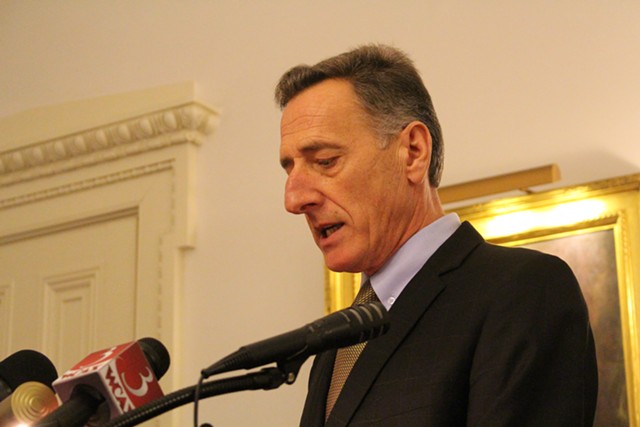 Gov. Peter Shumlin issued 192 pardons on Tuesday to people convicted of misdemeanor marijuana possession, saying that individuals should not face lifelong consequences for the “minor” crime.

The recipients were culled from a group of about 450 people who submitted applications after Shumlin announced in December that he would consider such pardons before he leaves office on Thursday.

Shumlin has advocated for marijuana legalization and in 2013 signed a law that decriminalized possession of up to one ounce of marijuana.

“A minor marijuana possession charge should not be an anchor that holds back an individual from getting a good job or going about their life,” Shumlin said in a prepared statement. “Vermont should follow the many states that are legalizing and regulating the use of marijuana and put to an end the incredible failure that is the War on Drugs.”

Some skeptics suggested that the administration would be unable to review all the applications before governor-elect Phil Scott takes office. But the Shumlin administration said it was able to conduct background checks and review the criminal histories of all applicants. Shumlin declined to pardon people with violent criminal histories, or people convicted of driving under the influence or reckless driving.

In his statement, Shumlin touted the fact that he issued 208 pardons during his six years in office, more pardons than any governor in Vermont history.

Among those pardoned on Tuesday were Lyndonville resident Robert Elmes and Rutland resident Donald Pitaniello, who previously told Seven Days that their respective convictions had caused them hassles for years.

Pitaniello said he’d had job applications rejected because of his 2005 possession conviction, and a local bank declined to give him a car loan, citing his record.

Elmes, a former Lyndonville selectman who stepped down after local media covered his 2006 arrest, said that Canadian border authorities grilled him about his arrest as recently as last year.