Arizona Attorney to Take Charge of Vermont ACLU | Off Message

An attorney from the Arizona chapter of the American Civil Liberties Union will take charge of the Vermont chapter this summer, the organization announced Monday.

James Duff Lyall, of Tuscon, Ariz., will replace Allen Gilbert as executive director of the ACLU of Vermont on July 25. The state chapter is based in Montpelier.

Lyall, a Middlebury College graduate, has been staff attorney at the ACLU of Arizona since 2011 and has investigated, documented and litigated cases related to the U.S. border with Mexico. The New England native previously worked at a Los Angeles non-profit that provides free legal representation to un 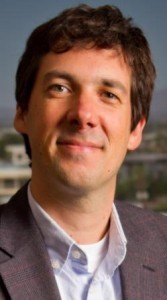 “My work with the ACLU in Arizona has covered a wide range of ACLU priorities — police accountability and racial justice, national security and privacy, immigrants’ rights, prisoners’ rights, and freedom of speech — and I know that these are critical issues in Vermont as well,” Lyall said in a prepared statement. “As executive director, I am committed to building on Allen’s legacy and ensuring that the ACLU continues to play a key role in holding government accountable and advancing the civil rights and civil liberties of all Vermont residents.”

Gilbert is retiring after 12 years in charge of the organization, which lobbies the legislature and launches public campaigns in support of causes ranging from police accountability to free speech and press freedom.

“James stood out as someone with diverse talents, dynamo-like energy, and an ability to work closely and effectively with others in bringing about significant change,” said ACLU Vermont board chairman Jim Morse, who ran the search committee.