Report: DOC Failed Inmate Who Hanged Himself | Off Message 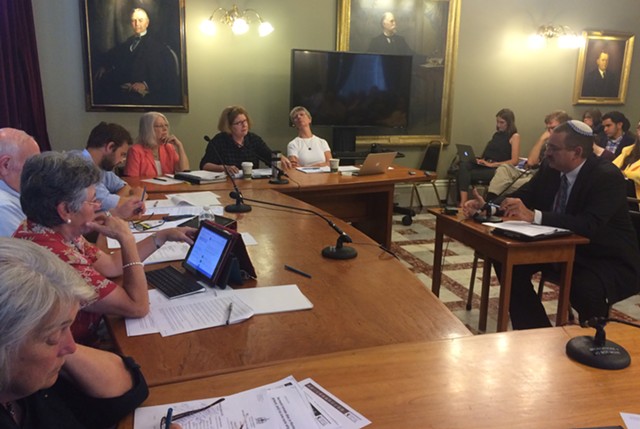 A mentally ill Brattleboro man was imprisoned because state agencies had nowhere else to put him and killed himself while trying to bring attention to his plight, according to a report from the state Office of the Defender General that was released Wednesday.

Patrick Fennessey was receiving care for substance abuse and mental health problems at an outpatient home earlier this year. When his caregiver there was found intoxicated, Fennessey was transferred to the inpatient Brattleboro Retreat hospital, the report said. Then his health insurance coverage ran out.

That's when the Department of Corrections charged Fennessey, who had a lengthy record of nonviolent crimes, with violating his furlough by failing to find a place to live, DOC Commissioner Andy Pallito said. He was then incarcerated in Southern State Correctional Facility in Springfield.

Distraught, Fennessey, 32, decided to hang himself in April, in hopes that once he was rescued, the DOC would release him. Instead, Fennessey died on April 25. He had survived previous suicide attempts.

"Patrick told his friends that he would attempt suicide to 'make a case,' causing DOC and others to respond to why he remained incarcerated for an incident involving his assigned caregiver that was not his fault," the report says. "Patrick began to consider committing self-mutilation and other self-harm as a tool to encourage [state agencies] to communicate better and move faster to get him back [in the community.]"

The revelations were made during a hearing of the Joint Legislative Corrections Oversight Committee, which reviewed the deaths of Fennessey and two other Vermont inmates.

The report criticized the DOC, along with Department of Mental Health, the Agency of Human Services and a local health care provider for failing to recognize the onset of Fennessey's "acute psychiatric episode."

"Each department failed to adequately identify and address the well-documented serious functional impairment suffered by Mr. Fennessey, which resulted in unnecessary and prolonged incarceration without adequate treatment or intervention," the report said.

Pallito, the DOC commissioner, told lawmakers that he did not disagree with the findings.

Legislators expressed alarm at the details surrounding Fennessey's death. Inmate advocates have long said that mentally ill people are ending up in prison instead of receiving proper medical care.

"This isn’t the first time," said the committee's chairman, Sen. Dick Sears (D-Bennington). "We keep thinking we are making improvements..."

That office, which represents inmates, largely absolved the DOC of blame in the deaths of two other inmates.

Annette Douglas, 43, died on January 7 after being found unresponsive in the Chittenden Regional Correctional Facility in South Burlington just days before her scheduled release. Douglas had been refusing medical treatment for ongoing medical problems and had "expressed a desire to die," the report said.

James Nicholson, 65, was found dead in Lee Adjustment Center in Beattyvile, Ky. on May 18. Nicholson died of "sudden cardiac arrest," the report said. He did not always take medication for his diabetes and suffered from high blood pressure, the report said.

But on April 2, Nicholson suffered "blunt force injuries," to his head after apparently being attacked by another inmate who punched him, causing his head to slam into a sink. The Kentucky medical examiner could not determine whether the head injuries contributed to Nicholson's death, officials said. "There is no evidence to tie the death of Mr. Nicholson ... to the affray that took place," the report said.

The DOC announced in May that it was ending its contract with Corrections Corporation of America, which ran the Kentucky prison. The state is now housing 280 inmates in a Michigan prison run by The GEO Group.

"We do not have and have never had with any out-of-state facilities the type of relationships that we have with the people here in Vermont," Valerio said. In fact, he said, his office relies on funding from the DOC, the agency it is tasked with monitoring, to be able to send its investigators to the out-of-state prisons.

Gordon Bock, chairman of prisoners advocacy group Cure Vermont, said the three deaths illustrate a need for an independent panel of citizens to monitor prisons. "It's about accountability. It's about transparency," Bock told legislators.