Former public works director Steve Goodkind, who's planning to run for the city's top seat, will seek the Progs' endorsement. Goodkind said he also plans to discuss his platform — which he has not yet revealed — at Sunday's gathering.

Burlington activist and writer Greg Guma, who has been mulling running as an independent, announced Thursday that he's decided against that. "I haven't attracted sufficient support to build a successful independent campaign at this time. Although many people urged me to run, others want just a Progressive Party candidate or have different, non-electoral priorities," he wrote on his blog.

In an interview, Guma said he would welcome the opportunity to run as a P, but he expects Goodkind will win the endorsement on Sunday. However, he described it as "premature" for the party to make a pick this Sunday and said he's been advocating for a lengthier process during which potential candidates would spend the next month debating the issues before the party selects somebody. "I don’t want to go in and have a popularity contest with Steve on a Sunday afternoon," Guma said in interview. "That’s not democracy." 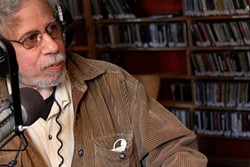 Pointing to the previous election, in which Miro Weinberger won a hotly-contested race for the Democratic nomination, Guma observed, "Going through that process made him as a candidate. That was the heart of the campaign."

Emma Mulvaney-Stanak, chair of the state Progressive Party, said she hadn't heard about Guma's proposal, but party bylaws require them to select candidates before the end of December. Goodkind said he was eager to begin his campaign in earnest — after the endorsement process.

After a potluck at the McClure Multigenerational Center, people will have a chance to propose potential candidates. Party members — who must be Burlington voters — will then vote for their picks.

Progressives could also choose to sit out the mayoral race. Republicans have said they are unlikely to put forth a candidate. Loyal Ploof, who has made multiple unsuccessful bids for public office in the past, plans to run as a Libertarian.

Due to redistricting, all of the city council seats are up for grabs. Seven Days' Paul Heintz previewed these races in a recent Fair Game column.