Winooski Mother Pleads Not Guilty to Murdering Her Baby | Off Message

Winooski Mother Pleads Not Guilty to Murdering Her Baby

May 28, 2014
Peighton Geraw's mother beat and shook him just before a Department for Children and Families worker visited on the day the 15-month-old Winooski child died, her boyfriend told authorities.

His mother, Nytosha Laforce, 28, pleaded not guilty to second-degree murder in Chittenden Superior Court this morning and was ordered held without bail, according to court documents. 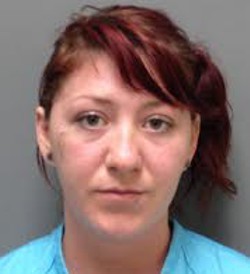 Throughout hours of interviews with investigators, Laforce has denied causing the injuries that killed her son, and pointed the finger at her boyfriend, Tyler Chicoine. But Laforce has failed polygraph tests in recent weeks, while Chicoine passed a polygraph during which he denied hurting the child and told police he saw Laforce shake Peighton and slam his head on the floor.

"I love her but I'm not going down for something I didn't do," Chicoine said, according to a police affidavit.

DCF contact with Laforce and Peighton began in May 2013, when authorities learned that Laforce, who was on probation, had fled to New Hampshire with Peighton. As a result, Peighton was taken into the custody of the New Hampshire Department of Children and Families, and later transferred to the Vermont agency, according to court documents. Vermont DCF had Peighton in custody until October 2013, when the agency returned the child to Laforce. She was living then in Lund Family Center, a supervised setting for troubled families in Burlington.

In January, she moved into the apartment on Mallets Bay Avenue where Peighton would be found dead on April 4.
Peighton was found dead just an hour after a DCF supervisor visited the home and saw bruises on his neck. His death has ignited a firestorm around DCF and prompted Gov. Peter Shumlin to announce a series of reforms to the agency.

During a home visit on April 4, DCF supervisor John Salter, responding to a report from doctors at Fletcher Allen Health Care, twice approached Peighton, who was resting in his crib. Salter had Laforce move the baby's head and saw two bruises on the child's neck. The room was dimly lit, Salter said, but he thought the baby seemed pale. He assumed the baby was asleep, and left.

"Do I know that he was still alive?" Salter said to investigators. "No, I don't."

Laforce said she returned to Peighton's crib after Salter left and found that he was blue and not breathing. She said that her son was "doing awesome," before Salter arrived. Paramedics would soon find the baby dead.

Peighton had injuries to the top of his head, his forehead, both retinal nerves, and his neck, along with bleeding in his brain and a healing lower leg fracture, the Office of the Chief Medical Examiner determined.


Laforce said she had been sending Peighton to a daycare facility on Shelburne Road, but had stopped around the time of Peighton's death because of the Chittenden County Transportation Authority bus strike, according to court documents.

Court documents make clear that Peighton's short life was challenging from the beginning. He was born five weeks early, needing to be weaned off opiates. Laforce said she used buprenorphine — an opiate often prescribed to wean addicts off other opiates — for the first half of her pregnancy and methadone, a similar medication, for the second half.

Laforce was receiving a daily dose of prescription opiates at HowardCenter clinic at the time of Peighton's death, and often smoked marijuana, she said. She was also smuggling some of the buprenorphine out of the clinic and giving it to Chicoine, according to court documents. Chicoine is in jail on unrelated charges: He had been on furlough at the time of Peighton's death and tested positive for drug use.

Additionally, doctors at Fletcher Allen told investigators that Laforce "did not believe in vaccinations," and that they were concerned Peighton was not getting regular medical care, according to court documents.

In interviews, Laforce initially pointed the finger at Fletcher Allen Health Care, where she and Chicoine had taken Peighton only a couple days before the death. It was the hospital that notified DCF of suspicious injuries, and told her to expect a social worker to visit.

Laforce later suggested that Choicine caused the fatal injuries when he was alone with Peighton.

But Chicoine said that shortly before Salter arrived, he came out of the shower to find Laforce shaking Peighton and slamming him to the floor. He said Laforce appeared frustrated that the baby was crying.

"He wouldn't shut the fuck up," Laforce said, according to Chicoine's account.

"He's a fucking baby, what do you mean," Chicoine said he replied.

He said he pushed Laforce off the baby, held him for a bit and put him back in the crib, according to court documents.

"I could tell he had life in him and he was breathing so I put him in his crib," he told investigators.