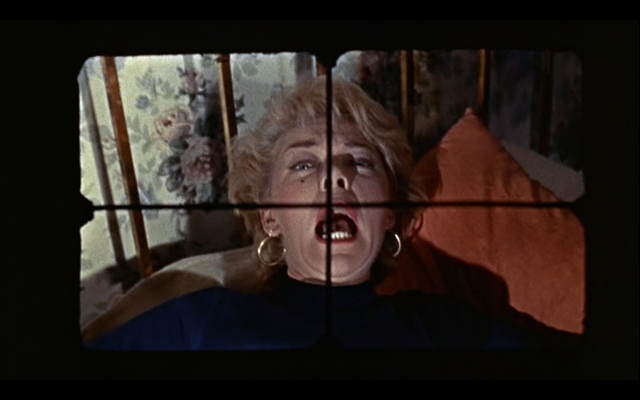 I can’t presume to add anything novel to the half-century of analysis of Michael Powell’s 1960 masterpiece Peeping Tom. Even though I’ve now seen it perhaps 20 times, this marvelous film remains inspiring and thought-provoking.

Peeping Tom is so clever, dense and gloriously cinematic as to be absolutely essential viewing for anyone who’s even marginally interested in film. I don’t put much stock in those “best films of all time” lists that appear in entertainment magazines on slow news weeks, but Peeping Tom truly belongs on them. As a musichead friend of mine once remarked after delving once again into the catalog of the Velvet Underground, some canonical texts have been ensconced in the Canon for some damn good reasons.

The filmmaker most famously influenced by Peeping Tom — and by Michael Powell’s films in general — is Martin Scorsese, who has praised the film for decades. At first glance, Peeping Tom wouldn’t seem to have shaped Scorsese’s cinematic vision so strongly, as he has never made a film about similar subject matter or even one that’s as thematically focused on voyeurism as Peeping Tom is. (More on that subject below.) But Scorsese is a complex filmmaker and an insatiable cinephile; his diverse influences include the works of Buster Keaton, Federico Fellini, Roberto Rossellini, Roger Corman, Kenneth Anger and many others. What seems to appeal most to Scorsese — and to me — about Peeping Tom is that it has so much to say about the nature of the medium of film. Scorsese says as much in an interview about the film that was conducted by film scholar and critic Mark Kermode; you can watch it below.
In that interview, Scorsese says of Peeping Tom: “It’s almost like a pathology of cinema. You want to possess the people on film, you want to live through them. You want to possess their spirits, their souls, in a way. And ultimately you can’t stop. It has to be done. Until you get to the bitter end. … The only thing to do is to make another picture. It’s gotta be done again.”

With this remark, the ever-thoughtful director — who could have had a great career as a film scholar, to the detriment of cinema in general — is referring to the central gesture of Peeping Tom: a likening of movie making to an obsessive disorder. More than that, “cinema” in Peeping Tom is synonymous with explicitly Freudian notions of childhood trauma and sexual psychopathy. Peeping Tom is a film that celebrates film while also warning of its “dangers.” It’s a film for film lovers, but it speaks especially to those (such as Scorsese and yours truly) who are truly obsessed and entranced with film’s endless potential as an artistic medium.*

Mark Lewis, the protagonist of Peeping Tom, is an obsessive movie maker — with a morbid twist. As shown in the film’s brilliant opening scene (below), Mark uses his film camera for a number of intertwined purposes: to indulge in his voyeuristic obsession; to record the images to which he later appears to masturbate; to come to terms with his having been the test subject of his deranged father’s own highly unethical “home movies”; and, most horrifically, as a murder weapon. Though the opening scene does not reveal the precise reason why the woman in it is so terrified, we learn later that it is because Mark affixes both a distorting mirror and a sharp blade to his camera. He disorients and terrifies his victims by showing them their own funhouse reflections, then kills them with the knife that is, in so many ways, an extension of both himself and his camera.
In likening the camera lens to the penis to the knife, Peeping Tom knowingly opens itself up to the Freudian analysis to which it has been subjected for decades. (It even includes among its characters a German-accented psychotherapist.) Powell, a smart and savvy fellow, seems to have made the film in part as bait for those who would analyze it in this context. (Hitchcock did the same thing around the same time with Psycho — not to mention many other films.)

One of the things I admire about Peeping Tom is that it is both reflexive and self-reflexive. That is, Mark’s use of the distorting mirror notwithstanding, the film is not only about film and filmmaking in general, but it is also about itself and its own making. As the use of point-of-view filming in the opening scene makes explicit (in multiple ways), the lens of Mark’s camera is identical with the lens of Powell’s camera. When Mark watches his murderous footage, the image on his screen fills up our screen, implicating us in the voyeuristic pleasure that Mark takes in observing the results of his own handiwork.

In this way, Peeping Tom implicates its own makers as well as its own audience. More broadly, though, it encourages viewers to consider the complex relationships among those who appear in film, those who make film and those who watch film of any kind. Do we enjoy films because they depict unreal events? Real events? Who shapes those events for our delectation, and to what ends? And can watching films really wreak this kind of psychological damage?

The film does not provide the answers to all of these questions, and those it does suggest are decidedly ambiguous. But that ambiguity is one of the chief reasons that this film is so appealing to lovers of cinema. The mysterious powers of cinema are complex and at times even dangerous, the film suggests. More than that, though, Peeping Tom implicitly argues that there is almost nothing film cannot accomplish. No wonder, then, that Martin Scorsese loves it so much. 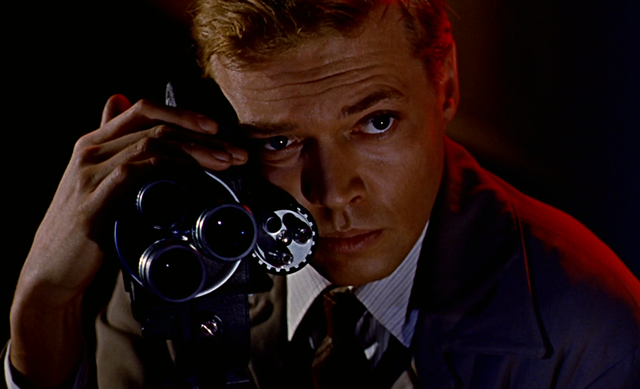 *I actually have firsthand knowledge of Martin Scorsese’s obsession with film and filmmaking. I’ve met him a few times, the first of which was in 1995 at my alma mater, Wesleyan University. The school had just acquired the archives of Scorsese, John Waters and Clint Eastwood, and threw a big celebratory bash. All three filmmakers, as well as other luminaries, were in attendance, and kindly made themselves available to hobnob with the hoi polloi.

At one point, I found myself in a group of about a dozen people who had gathered around Scorsese to chat with him about movies. Someone had thought to bring an old 8-mm movie camera, and extended the device to Scorsese, asking if he’d like to use it. At first, he demurred, but after a brief pause, said, “OK, gimme that,” and immediately started documenting the occasion on celluloid. It was obvious that the call of filmmaking was too strong for him to resist.