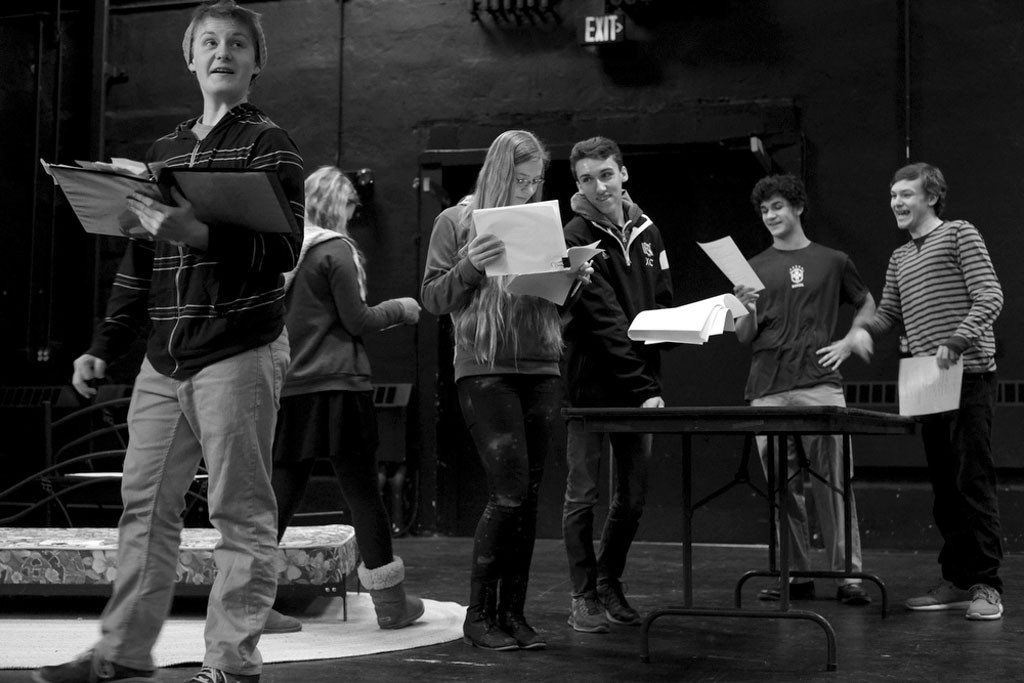 Sales of the young-adult novel M or F? have been "slow and steady" since its 2005 publication, according to Hinesburg-based coauthor Chris Tebbetts. But it just might get a bump from its new theatrical incarnation. M or F? — with a script written by Vermonter Gene Heinrich — will be presented as a "reading with movement, simple costumes and sets" this Saturday, January 24, at Randolph's Chandler Music Hall as part of the arts center's Winter Pride programming.

Produced by Vermont Pride Theater at Chandler, the play features student actors from local high schools; proceeds from the performance will be distributed among GLBTQ organizations at the participating schools.

Tebbetts will appear for a talkback following the show. His coauthor, Lisa Papademetriou of Northampton, Mass., will not be able to attend, but she tells Seven Days via email, "I've always thought M or F? would be perfect for a stage production or screenplay, because the characterizations are striking and funny and the dialogue really pops."

When Frannie is desperate to get the attention of her crush, her fabulous (and gay) best friend Marcus suggests that Frannie chat with him online. Too bad Frannie's terrified. She won't type a word without Marcus's help. In the chat room, Marcus and Jeffrey hit it off...

The romantic comedy for ages 12 and up is "a modern take on the Cyrano de Bergerac tale (with a twist)," writes director Cherolyn Laston in an email. "It is a bright, happy comedy of errors about young (and old) seeking love in all the wrong places, using social media as their hunting ground."

It is also, Laston continues, "a story about self-discovery, assumptions, stereotypes, friendship, love, loss, rediscovery and honesty." Sounds a lot like being a teenager — or, really, a human — in today's world. And the teen actors are keeping it real, "providing critical feedback to the playwright about what works and what does not," notes Laston, a longtime theater-arts teacher who has worked in local public schools as well as with the Barre Opera House and Vermont Pride Theater.

Tebbetts says he's been "completely not involved" in the conversion of M or F? to a stage production. The guy is busy: In collaboration with super-best-selling author James Patterson, he'll release book six in their Middle School series in June. Meanwhile, Tebbetts continues to work on the popular Stranded series with "Survivor" host Jeff Probst, and, when he can fit it in, develops other stories of his own.

As it happens, Tebbetts' early background is in theater. He says he's impressed at how quickly the staging of M or F? — his first book to become a play — has come together.

None of Papademetriou's numerous kids' books has been adapted for the stage before, either, but she's hoping this one will see a full production one day. "The themes of M or F? focus on friendship, love and the difference between persona and the real person, all of which are particularly relevant today," she writes. "M or F? was really born for the stage."