WTF: Why Is Someone Giving Away a Free House in Shelburne? | WTF | Seven Days | Vermont's Independent Voice

WTF: Why Is Someone Giving Away a Free House in Shelburne? 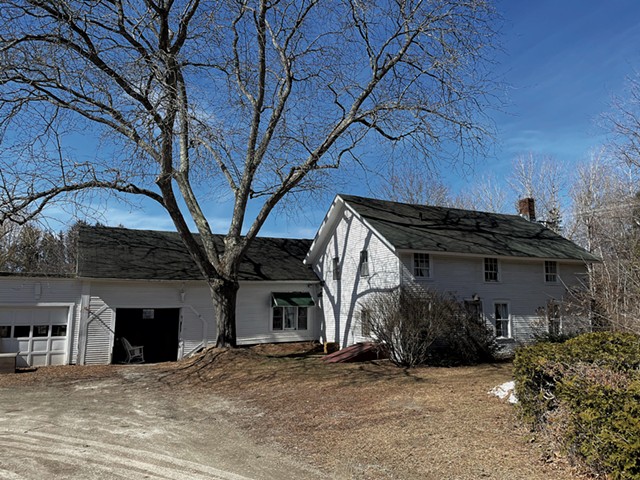 The classified ad in Seven Days seems fairly straightforward: An old Vermont farmhouse, circa 1840, is available in Shelburne for near-immediate occupancy. It's a one-and-a-half-story, L-shaped farmhouse with wooden siding, a stone foundation, and a newer porch and addition that could be removed by the new owner. Asking price: free for the taking, provided you take it somewhere else.

Talk to any Vermont real estate professional, and they'll tell you they have buyers aplenty but virtually nothing to show them. Once a house hits the market, it gets snapped up right away, often by out-of-state buyers who can plunk down cash, site unseen.

So why is this 19th-century farmhouse on Webster Road in Shelburne still up for grabs?

"It's in pretty rugged shape, and it's of a design and size and ceiling heights that are not conducive to today's market," explained Bart Frisbie, president and co-owner of Sterling Homes in South Burlington. The company placed the ad to get the old house off a property where it aims to build.

If Frisbie sounds like he's being diplomatic in describing the house's shortcomings, its owner, Jeffrey Haddock, is more blunt.

"The wiring is poor. The plumbing is poor. The basement is constantly wet, and the beams are showing signs of rot," he said. Also, the roof leaks, the floor sags and, for a time, raccoons were living in the basement. In short, Haddock added, "There's a lot wrong with this house."

He should know. Haddock lived there from the time he was 13, when his family moved to Vermont from Connecticut, until he left for college. His father bought the place in 1964 to run Gardenside Nurseries, which was founded on the same property in 1926.

Haddock took over the family business from his father in 1997 and ran it with his wife, Sandy, until the couple retired in July 2019. They're now selling the land to Sterling Homes to help fund their retirement. Frisbie plans to redevelop the 8.7-acre property, turning it into a 17-home residential neighborhood.

First, there are some loose ends to tie up. The farmhouse and several other structures on the land, including three 19th-century greenhouses that were built at Shelburne Farms and moved to the property in the 1920s, are listed on the Vermont State Register of Historic Places. As such, they cannot be summarily demolished without efforts to preserve their historic value.

So how "historic" is the farmhouse?

"There's nothing historically significant about it except that it's old," Haddock said. "But that's not unusual in a town in Vermont." 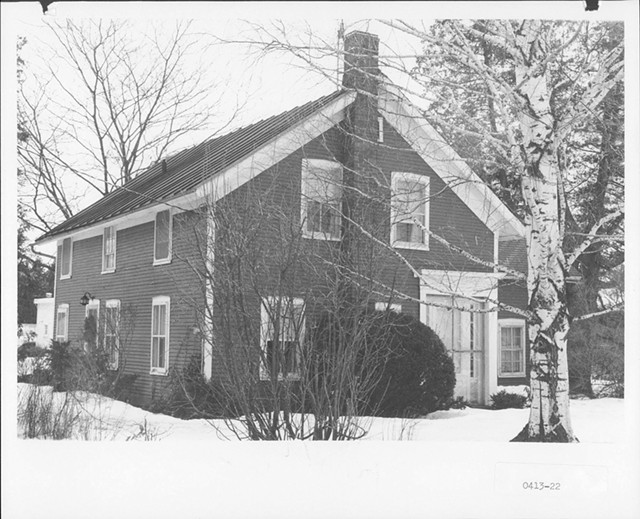 Nevertheless, as part of the project's Act 250 permit application, Sterling Homes had to submit a historic resource documentation package to the state. The 163-page report includes some interesting tidbits about the property. For example, Bert Abbey, the father of Gardenside Nurseries founder Frederick Abbey, was a Major League Baseball pitcher from Essex in the early 20th century. One of the original inductees in the University of Vermont Athletic Hall of Fame in 1969, he played for the Pittsburgh Pirates, the Chicago Colts, the Washington Senators and the Brooklyn Bridegrooms.

Alas, even such major league cred likely won't be enough to spark much interest in the farmhouse. Due to the prohibitive cost of getting it up to code, independently estimated at $600,000, the Vermont Division for Historic Preservation agreed to let the developer give away the Greek Revival-style house to anyone who's willing to, well, revive it.

The new owner would be responsible for finding land to put it on, as well as paying for a mover, which isn't cheap. According to Jason Messier, with Messier House Moving & Construction in East Montpelier, such projects can run tens of thousands of dollars, and the cost is based on the building's weight, not the distance it travels. Then there are the costs of state highway permits, support vehicles, and the removal of obstacles such as power lines, traffic signals and tree branches.

"If somebody's got a use for it, that would be wonderful," Frisbie said. But as of press time, he hadn't found any takers. Haddock is skeptical that anyone will step up before Sterling Homes breaks ground this spring. If not, the house will be dismantled.

Offering to give away and move historic houses isn't as unusual as you might think, said state architectural historian Devin Colman. Though he admitted that such offers rarely result in a successful move, in 2016 a historic house in Winooski was moved to Burlington's Old North End to make way for a new apartment building. That house was also built in the 1840s.

Is Haddock sad to see the house go?

"I spent my entire working life there, so there are pangs of remorse about it," he said. "But overall, no."

Haddock will have one final duty before the house is relocated or dismantled. He'll need to help move his brother, Christopher, who's still living in it.