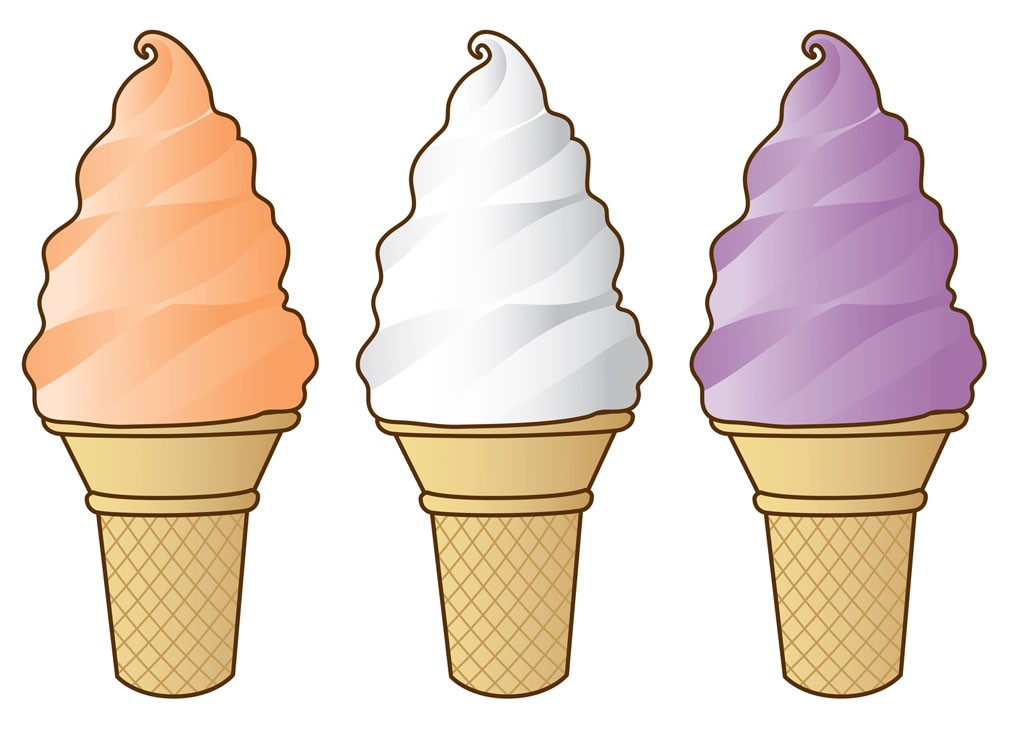 In a recent Facebook conversation, esteemed local drummer and former Seven Days circulation manager Steve Hadeka posed a question: How did black raspberry join the holy duo of chocolate and vanilla in the pantheon of Vermonters' favorite creemee flavors? "Why have I never once seen a strawberry creemee?" Hadeka mused in his post. "Black raz just seems so random."

We joined Hadeka in wondering about Vermonters' creemee preferences. Not that black raspberry isn't delicious, but WTF? One might expect a more conventional flavor — strawberry, coffee, banana, peanut butter — to generate more sales.

Tellingly, no one who contributed to that Facebook thread offered much of a theory about the flavor's local prominence. Turns out that questions about the provenance of regional tastes are difficult to answer. It's not a straightforward matter to even confirm that black raspberry ice cream is unusually popular in Vermont.

But we did learn how the stuff is made. Flavored creemees are created by adding extracts to liquid vanilla creemee mix, explains Tom Gates, a spokesperson for the St. Albans Cooperative Creamery. Flavor extracts come from companies such as Wadden Systems, which has offices in Pembroke, N.H., and Montréal. (Wadden's iconography will be familiar to many Vermonters: 24 multicolored cones against a rectangular background.)

Local creemee vendors purchase their flavor extracts from regional distributors, so data about the volume of their collective purchases should provide clues as to black raspberry's popularity. Unfortunately, the local distributors that Seven Days contacted did not provide this info by press time, so we'll proceed with some theories.

Many local food preferences — including unusual ones — are rooted in the food's cultivation, production or ready availability in the area. A classic example: Modern Hawaiian cuisine makes liberal and unexpected use of Spam because American soldiers introduced the luncheon meat while stationed there during World War II, and locals developed a taste for it. New Englanders' love for clam chowder can be traced to local waters rich in the bivalves.

It's easy enough to explain our preference for the creamy part of the creemee. According to a recent article published by the Food System Research Collaborative at the University of Vermont Center for Rural Studies, Vermont produces 2.3 billion pounds of milk every year. Dairy farming accounts for 70 to 80 percent of agricultural sales in Vermont, "making it the No. 1 state in the United States in its dependency on one commodity." Vermonters' love for all things dairy is unquestioned.

But what about black raspberries? Do they even grow in Vermont? Indeed they do, as many a gardener can confirm. David Weisser, sales manager at the Brockton, Mass., branch of food service company Concord Foods, says he's observed that black raspberry soft ice cream is popular "all across New England." His hypothesis: "People grow up [in New England] with black raspberries in their backyards, and they've eaten them their whole lives ... They like the taste of them. When they get ice cream, it's an enjoyable experience [to order black raspberry]."

Yet, compared with the hardier and more familiar red raspberry, black raspberries are not ideally suited to Vermont's climate. Rubus occidentalis does grow as far north as Québec, but not without difficulty. According to an article by the University of Maine's Cooperative Extension program, temperatures below five degrees Fahrenheit can kill black raspberry plants. So, if the berries don't grow robustly or commonly in the Green Mountain State, this theory doesn't explain Vermonters' soft spot for black raspberry creemees.

Bob Saffi, proprietor of Ice Cream Bob's creemee stand on Burlington's lakefront, has another theory. At his small operation, one creemee machine twists together chocolate and vanilla; the other blends black raspberry and maple, the latter of which is an unquestionable local favorite. "I've tried every combination there is, and we've found that black raspberry and maple mix the best," Saffi says.

Tourists, he adds, come to the stand specifically to try maple-flavored creemees, which aren't available in many other areas; the shop promotes the maple/raspberry cone as a tasty option. If that sounds like an unlikely pairing, consider that it's not too far off from the deliciousness that results from pouring maple syrup on blueberry pancakes.

Saffi's theory seems sensible. Yet not every creemee stand enjoys the tourist foot traffic that his does, nor does every creemee seller twist that particular flavor combination. In fact, some venerable creemee stands, including Colchester's Village Scoop, don't sell black raspberry creemees. The shop offers hard ice cream in that flavor, among many others, but sells creemees only in chocolate and vanilla.

By contrast, at Bristol's Village Creeme Stand, "People get upset if we don't have [black raspberry] as a special flavor," says comanager Meghan Livingston. "They always rave about how good it is."

Anecdotal evidence suggests that the love for black raspberry is not unique to our state. In a thread devoted to the subject on the website Roadfood, several commenters echo Weisser in noting that the flavor appears all over New England, as well as in New York and Pennsylvania. Turkey Hill Dairy makes a black raspberry hard ice cream, found in supermarkets nationwide. Its product may not be as creamy as, well, creemees, but its existence suggests that all manner of American dessert lovers like the flavor.

We may never be able to put figures to the relative popularity of black raspberry creemees in Vermont. But don't think we won't be diligently sampling more of them this summer.

The original print version of this article was headlined "What's With Vermonters and Black Raspberry Creemees?"