WTF: Is Burlington Headed for a Laundry Apocalypse? 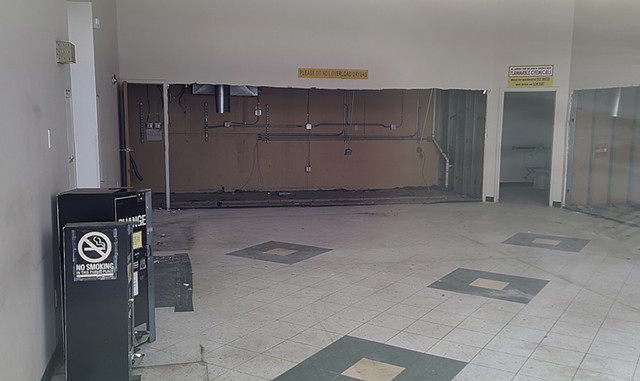 Laundromats are becoming scarce in Burlington. Since 2020, three of the city's seven public laundromats have closed: the Wash Spot on Riverside Avenue, Winooski Laundry on North Winooski Avenue and King Street Laundry. That last business recently posted a sign on its door that reads, "Closed indefinitely ... sorry. Too much theft and vandalism."

T.J. Riley, owner of the building that houses King Street Laundry, said by phone that "It sort of got taken over by derelicts, for lack of a better word." The trouble intensified about six months ago and continued raging into December, he said, when he and the business' owner, Jeff Truax, decided to close.

Attempts to reach the owners of Winooski Laundry and the Wash Spot were unsuccessful. But a glance through the tall windows of the North Winooski shop reveals that the machines are gone.

Even at currently operating laundromats, I've found many machines out of commission. The phone number of Pearl Street Laundromat, which is still open, has been disconnected.

So where are Burlingtonians who don't own washers or dryers cleaning their clothes? Is the shuttering of nearly half of the Queen City's suds spots a laundry apocalypse or just a blip in the business landscape? How many laundromats should a city of Burlington's size have, anyway?

For help with the last question, I reached Brian Wallace, president and chief executive officer of the Coin Laundry Association, by phone.

"There isn't a formula, per se, about how many stores a given population [should have]," he said. The main factors to look at are population density and percentage of rental households, which are the most likely to lack on-site laundry services.

Truax also owns Essex Junction Launderette and the nearby 5 Corners Laundry, plus many machines in apartment complexes in Vermont and New Hampshire. He said his other sites have never experienced anything like the turmoil and rowdy behavior at King Street Laundry. 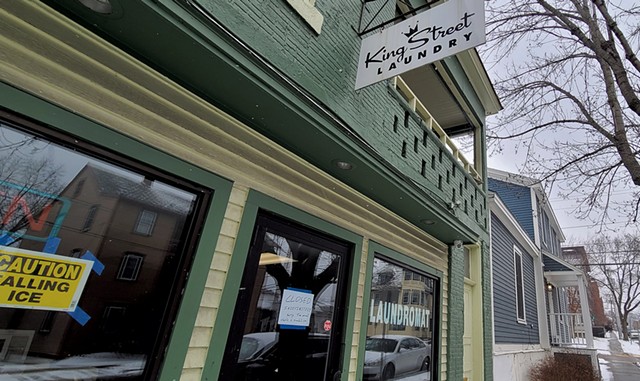 Though King Street Laundry had had occasional problems with vagrancy and theft in the past, the situation reached a boiling point in mid-2021. Riley and Truax both said people began congregating in the laundromat all day and displaying aggressive behavior, making customers feel unsafe. Some figured out that the door locked automatically at closing time, Riley added, and would sleep there overnight.

Truax said even constant video surveillance did little to deter petty crime. "I've got videos that will make you cringe," he said.

A prime reason laundromats attract petty theft and vandalism is that they're often unattended. At approximately 1,000 square feet, King Street Laundry was too small to create enough revenue to pay an on-site worker, Riley said. Only if it added services such as wash-and-fold to keep an employee or two busy could the business turn a profit.

While multiple factors contribute to a rise in petty crime, another problem taking its toll on laundromats — supply chain disruption — is clearly a pandemic phenomenon.

"I can't get a Speed Queen [washer], which is usually what I use, until next September," Truax said. He said manufacturers are dealing with massive numbers of back orders, both for complete units and for parts such as machine door hinges.

Those shortages plague the laundromats that remain open, too. Tiffany LeClair, general manager of Greers Laundry Centers, said one of the company's 60-pound machines, which normally is more heavily used than others, was out of service for eight months because parts weren't available. Also on back order is powdered Tide detergent, the most popular item in Greers' vending machines.

Greers is a small chain with shops in Burlington, South Burlington, Williston and Milton. LeClair noted that every one of its change machines and ATMs has been vandalized repeatedly, in some instances with electric saws. The problem reached a fever pitch earlier in the pandemic, when Greers cut hours at its South Burlington location to close at 10 p.m. rather than stay open 24 hours a day.

In October, Greers permanently shut down its dry cleaning operations — the company's primary service since it opened in 1948. The pandemic had prompted a fundamental shift in demand.

"People weren't working in their offices anymore ... They certainly weren't bringing in their suit coats and dress shirts," LeClair said. The company is now focused on its wash-and-fold services and self-serve machines.

With the growing dearth of laundromats, there's plenty of room for new businesses. But LeClair said that Greers' management has no interest in expanding.

"[It's] all we can do to keep up with what we have, the way things are going and the way that laundromats are being treated," she said. Since the pandemic's onset, she noted, customers have become increasingly messy — ironically, at a business focused on keeping things clean.

Is the decline of laundromats an ominous sign for Burlington? "The laundromat is the bellwether for other things happening in the community," Wallace said. He observed that local news reporters often go to laundromats for their person-on-the-street interviews.

After the closure of King Street Laundry, Riley decided to sell the building, which has one rental unit on the second floor. To make the property more enticing, he said, he's considered converting the former laundromat into a two-bedroom unit. He expects it would be rented immediately, given the outrageous demand for housing.

But that's not what Riley wants for the neighborhood.

"I've been a Burlington resident for a long time, and I think it needs a laundromat," he said of the King Street property. "If someone in the community has a vision and wants to make a go of it, it's a laundromat that's raring to go. It just has some challenges it needs to overcome."

Correction, January 21, 2022: An earlier version of this story contained an error about King Street Laundry's revenue. It could turn a profit if it added a wash and fold component.