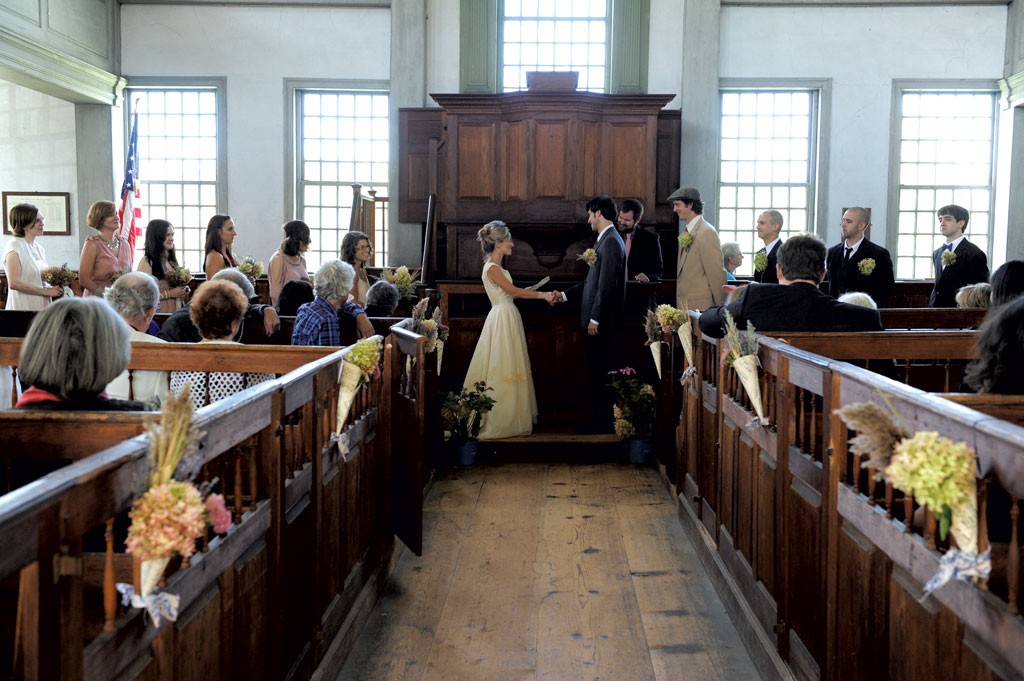 Wedding vows are curious literary beasts. Truly meaningful to only two individuals, they're typically read aloud in front of groups of people. And what if one or both of the betrothed, though sincere in their love for the soon-to-be partner, aren't particularly endowed with writerly skill? No one wants to go up to the altar and recite goopy, Hallmark-card sentiment.

In this regard, affianced authors have a certain advantage. Professionals know how to use their unique voices to avoid clichés and communicate complex ideas with clarity and precision — valuable skills in the peculiar micro-genre of the two-minute wedding vow.

Seven Days asked a few Vermont writers about the creative process behind the construction of their own wedding vows. We found that, despite their solitary occupation, these writers know a thing or two about how to express togetherness.

Shelagh Shapiro is the author of the novel Shape of the Sky and hosts the Burlington-produced radio show/podcast "Write the Book." For her, the reading of the vows is the highlight of a wedding. It's a "special moment," Shapiro says, and when it begins, she and her husband, Jerry, "hold hands and listen closely."

Every wedding reminds Shapiro of her own vows, which she and Jerry wrote together for their nuptials in 1990. After digging them out and rereading them all these years later, Shapiro reports with a laugh that she finds them "not that exciting." Still, those vows reflect the values that have remained important to her marriage for 25 years: love, comfort, honor, respect. "Actually, I think they're even more about a sense of friendship and partnership," she says.

So, lesson one: Vows should convey sincere emotion and reflect values that are important to the couple.

Sean Prentiss is the coeditor of The Far Edges of the Fourth Genre: An Anthology of Explorations in Creative Nonfiction, and author of the forthcoming Finding Abbey: A Search for Edward Abbey and His Hidden Desert Grave, a travelogue-memoir about his quest for the resting place of the environmentalist writer. He teaches creative writing at Norwich University. When Prentiss wrote his own wedding vows last year, he was reminded of advice that he frequently shares with his students: Always consider your audience. 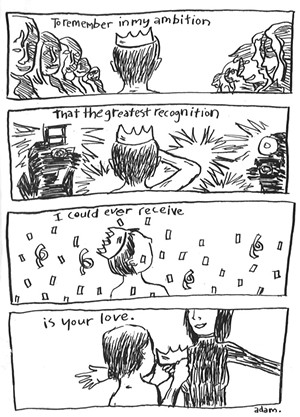 "As a creative writer," Prentiss says, "your audience is, in theory, millions of people, because anyone could read [your] book. [In writing vows], my audience was just the other person. If everyone else in the crowd thought our vows were duds, that would have been fine, as long as [my fiancée] Sarah [Hingston] understood, and I understood, that they were written from our experience together and for our future together."

Like many spouses-to-be, Sean and Sarah wrote their vows individually and didn't share them until the moment of reading them aloud at their wedding. "Neither of us worried about writing this beautiful thing for the public," Prentiss says. "This was something very intimate for a very, very specific audience: Sarah and me."

Prentiss suggests that vow writers find specific images or ideas that serve as "totems or trail guides" for their spouse-to-be. "Speak of a space or place or moment when your love was most strong — specific enough to ground your partner in that moment."

Lesson two: Write for your partner, not the crowd.

When Daniel Mills and Heather Caulfield Mills meet a reporter at Klinger's Bread in South Burlington, they bring along a special guest: their 4-and-a-half-month-old daughter, Rosetta, who burps and smiles with happy regularity as her parents chat about the union that produced her.

Rosetta comes from literary stock: Daniel, 29, writes atmospheric horror fiction and is the author of three books, most recently the 2014 short-story collection The Lord Came at Twilight. Heather, 33, is a freelance writer and editor for, among other outlets, the Vermont-based wedding magazine Sweet Violet Bride. The pair collaborated on the "ring vows" (the "with this ring" part) for their 2011 wedding, but kept their individual declarations of love private until the ceremony.

Heather confesses that, as she penned her vows, her professional instincts to revise, revise, revise became a liability. She went through "about 20,000" versions of her vows before settling on one on the morning of the wedding.

Similarly, Daniel had to overcome the literary practice of "hiding the truth you want to communicate" via such devices as allusion, symbolism and formal structure, he recalls. "Generally speaking, you're not expressing things explicitly," he says. "So it was really a challenge to give voice to something that was much more personal and intimate than writing a short story." Beautiful language, Mills says, necessarily took a backseat to "the bald truth of what I wanted to say."

Lesson three: Turn off your literary inclinations and be direct.

Ten years ago, Amanda Levinson and her fiancé, Adam Rosenblatt, were living in Chile. One of their favorite pastimes was creating comics together. They decided to participate in 24-Hour Comics Day, in which writers and artists are challenged to create 24 pages of comics in 24 hours. The couple used the occasion to write their wedding vows in comic-book form.

Those comic vows turned out so well that they were included in the anthology 24 Hour Comics Day Highlights 2004, and the couple copied them and distributed them at their wedding.

Levinson, now a Burlington resident, writes in an email that, for their recent 10th anniversary, "My husband surprised me by reprising those vows in comics form, showing how our life has changed after two kids."

Lesson four: It's a good idea to have a little fun with your vows.