When people think of Alzheimer's disease, they often think of tragic stories of decline and loss. But South Burlington author Dana Walrath saw a different side when her mother, Alice, developed the disease and moved in with her.

In her 2016 graphic memoir, Aliceheimer's: Alzheimer's Through the Looking Glass, Walrath, a medical anthropologist, tells of accepting and entering into her mother's shifting realities at every turn. Her adaptation to her mother's disease became a way to learn about her mother's past and heal their previously prickly relationship. Alice died at age 84 in 2017.

Told in vignettes accompanied by drawings, Walrath's story caught the attention of Brookfield composer Erik Nielsen. What interested him was not the mother-daughter interaction but Alice's own experience of the disease. Now Nielsen and Walrath, acting as librettist, have turned the book into a chamber opera, also called Aliceheimer's, that features a single voice: Alice's.

Audiences can see two preview performances of the opera this weekend, in Montpelier and Middlebury, featuring soprano Mary Bonhag as Alice and Alison Cerutti accompanying her on piano. Nielsen, who is currently orchestrating the opera for 10 instruments, said full performances will include a silent dancer.

The duo will perform six of the opera's 12 scenes, with Walrath introducing each scene. A panel discussion with input from the audience follows each performance, moderated by novelist M.T. Anderson in Montpelier and by Town Hall Theater artistic director Douglas Anderson in Middlebury.

Operas about Alzheimer's are less rare than one might think. The signature event of the Colchester-based Lake Champlain Chamber Music Festival's August 2021 program was a production of A Song by Mahler, a 2018 chamber opera by Marc Neikrug about a soprano who develops early-onset Alzheimer's while her loving husband struggles to cope.

Another chamber opera about Alzheimer's, Sky on Swings, premiered at Opera Philadelphia in 2018. Composed by Lembit Beecher — familiar to Vermonters from his collaborations with Scrag Mountain Music — the work is told primarily from the perspectives of two women with Alzheimer's who meet and fall in love at a memory care facility. 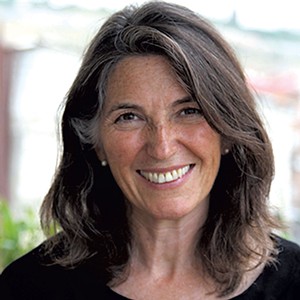 A still earlier opera in this vein is The Lion's Face by Elena Langer, which premiered at England's Brighton Festival in 2010 and is sung from the perspectives of a male patient with Alzheimer's, a relative, a caregiver and a clinician-scientist.

Nielsen had been searching for a topic with social relevance for his second opera — the first was A Fleeting Animal, a tragic love story about a Vietnam vet and a single mother set in the Northeast Kingdom, produced in 2015. Alzheimer's seemed perfect.

"Just about everybody I talked to had a story about someone they knew with dementia," the 71-year-old composer said during a phone call. "I realized that dementia is like cancer: No family can escape one or the other."

Two of Nielsen's brothers died of brain cancer; he commemorated them with the chamber works "The Falling of Trees" in 2007 and "A Psalm for a New Year" in 2019.

Equally compelling to the composer was the "huge range of emotion" Walrath's story afforded him, he said. To open the opera, Nielsen chose a scene depicting Alice's constant hunger, brought on by her disease. Her first words are ones of frustration: "Last night, I dreamed I had broccoli growing out of my ears." The scene traces her food obsession to her Armenian parents' escape from genocide and their subsequent period of starvation.

"It can get quite serious," Nielsen said of the opera, "but in another scene she tells of being surrounded by pirates. And there are happy scenes: When she arrives at a very good care place, she thinks she owns it."

The typical portrayal of Alzheimer's as an inexorable downward spiral — in Neikrug's work, for instance — seems naturally suited to tragic opera. In Walrath's approach, Nielsen discovered a unique challenge: creating a story arc out of an individual's constantly shifting reality.

"As a composer, I'm linear," Nielsen said. (A Fleeting Animal progresses through the four seasons.) "But ... [Alice] is all over the place. In one scene, she's a young woman who's just met her future husband; in the next, she's 5 years old. We want the audience to feel the whiplash that caretakers can feel when the [patient's] perspective keeps changing."

In the view of Cerutti, who has become northern Vermont's premier singing accompanist, Nielsen's music successfully captures the disjointed experience of Alzheimer's.

In some parts of the "difficult" score, Cerutti said by phone, Bonhag sings an entirely different line from the piano part, "so she has to slough off the sounds I'm playing at her." In others, the pianist plays a diminished seventh on the left hand while playing "something completely at odds with that" on the right.

The music veers from "dissonant and eerie-sounding" sections to a part with no set meter — evoking Alice's Armenian heritage — to a sustained chord in a moment of lucidity for Alice.

Despite this disjointedness, Aliceheimer's does have a story arc. In the first act, Alice is in Walrath's care; in the second, we see her in a care home experiencing decreasing mobility, moving from a walker to a wheelchair to a bed. Like the heroine of Giacomo Puccini's La Traviata, Alice sings her final words while lying down.

The second act is based on a sequel to Aliceheimer's that Walrath is currently writing, a more traditional graphic novel called Between Alice and the Eagle. She began the work as an Atlantic Fellow for Equity in Brain Health at the Global Brain Health Institute at Trinity College Dublin in 2018 and 2019.

Walrath said she was thrilled when Nielsen proposed his idea, just before she left for Dublin. Alice listened to the Saturday radio broadcasts from the Metropolitan Opera and saw the art form as "a way into the American dream," Walrath said by phone.

"I just thought, Oh, my gosh, an opera? Alice would love that. What a way to honor her," she recalled.

Walrath has enjoyed reworking her mother's story into a libretto — her first — in Alice's voice.

"When the story is being told from her perspective, we get to see so many layers of who she is as a human being," she said. "I've tried to do that [in my books], but in opera form, I could have her still singing and saying things — even though, in the last time frame, she really wasn't speaking very much at all."

Walrath said her ability to imagine what was happening inside her mother's mind "came from my training as an anthropologist: I really knew how to negotiate different realities that were all legitimate.

"I was really looking to have a relationship with her," she added, "and this was the last chance, and it was really wonderful to get to do it. [Alice was] a constant reminder to focus on the beauty of the moment, not on loss of the past or fear of the future."

Walrath hopes the opera will prove informative to caregivers and relatives — who, she said, lack sufficient support.

"One of the reasons we're doing this opera is to show people that this is a person in there; this is not a walking vegetable," Nielsen said. "She has things she needs to get out. Yes, there's loss and grief, but there are [also] fun moments and moments of insights, if you're willing to go on the journey with her."

The original print version of this article was headlined "Alternate Realities"