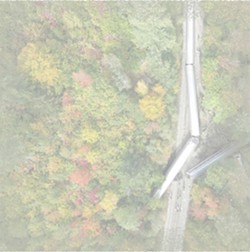 The improbably named Wren Kitz has been a longtime collaborator in the Burlington music scene, both as a lead guitarist and songwriter. His highest-profile contributions have probably been with Paddy Reagan's psych-pop outfit Paper Castles. But last year Kitz released a solo debut, For Evelyn, on Burlington-based Section Sign Records. It was a distinctive, hypnotic work.

His latest project, untitled, comes via Como Tapes, a curious outfit of cassette lovers from Vermont and New Jersey who aim to highlight marginalized music and art. Their manifesto cites 20th-century French philosopher Michel Foucault and eschews capitalist sentence structure. The Kitz trip is too spaced out for mere politics, though — indeed, budding Trotskyites won't find any lyrics here on which to hang their critique.

So, what is untitled? It's a big, weird slab of experimental folk music. In practice, though, the "folk" aspect amounts to a few fleeting minutes of acoustic guitar work. This is an utterly uncompromising record. It confronts the listener. There are no easy reference points. And new movements, such as they are, come crashing in out of nowhere.

The soundscapes on untitled feel very much like an outgrowth of Kitz's work on For Evelyn. This is especially true on the long, spacious intro to "Canyon," which juxtaposes Godzilla-size reverb swells against quiet, Nick Drake-style folk moments. But where the tape-noise aspects gnawed and played at the periphery of Kitz's LP, this tape puts them front and center.

For folks who like their songs with structure, untitled might be something of an endurance contest. But to more adventurous ears, it might sound downright familiar.

Back in 1975, Lou Reed famously fulfilled his RCA Records contract by handing in Metal Machine Music, a brutalist noise album that was more performance art than curated composition. Yet the process was essentially the same: Reed was manipulating his own recordings with reel-to-reel tape machines and effects pedals, creating solid walls of sound.

Kitz isn't nearly as harsh or demanding as Reed, fortunately. He's clearly building from his own quixotic, melodic raw material. Most of the run time here is pleasant, although listeners are advised to keep the volume down on their headphones. Passages of tape-head noise during the second track are hard on the ears.

Overall, this tape is a curious diversion. Where For Evelyn established Kitz as a seriously talented songwriter, none of that is on display here. So, as his career and catalog goes, untitled is a footnote, a transitional step.

By the standards of experimental music, though, it's quite nicely done. Long stretches will test the tolerance of conventional listeners, but it's a much warmer, more organic experience than anything Thurston Moore or Coil would subject you to. This is artisanal, handmade noise music — and you really can hear the difference.

Untitled by Kitz is available as a digital download from comotapes.bandcamp.com or on limited-edition cassette at comotapes.com.