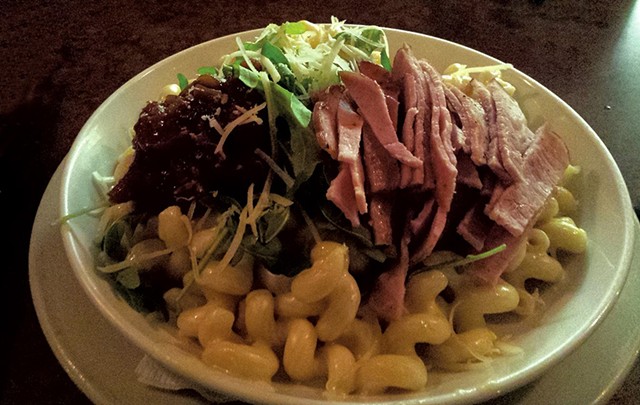 This spring, Vergennes "speakeasy" Bar Antidote will add another room, taking over the space above it that is currently occupied by the Clock Shop. That will give Antidote 1,600 extra square feet to play with, or about 40 to 50 new seats, says chef-owner Ian Huizenga.

Huizenga can't say yet what kind of concept the new space will present, but he knows the two will share the Antidote kitchen and probably the menu. That means a new service stairway will need to connect the downstairs kitchen with the upstairs area. The Clock Shop owners have offered to let Huizenga in early to build the staircase, but major renovations won't start until May, when the Clock Shop moves into the Kennedy Brothers marketplace on Main Street.

Huizenga is hopeful that the new space will open in early summer.

The crew behind Worthy Kitchen and Worthy Burger, in Woodstock and South Royalton, respectively, aims to open a location in greater Boston. Why Beantown? It's the residence of new operating partner Richard Enderlin, who wants to continue living there. The new Worthy Kitchen, to be located at 202 Washington Street in Brookline Village, is expected to open in the fall, with the same concept and menu as the Woodstock farm diner.

Asked about further expansion plans, Worthy Kitchen and Worthy Burger co-owner Jason Merrill confirms, "There are always plans in the works." He has his eye on a few locations in Vermont and Massachusetts.