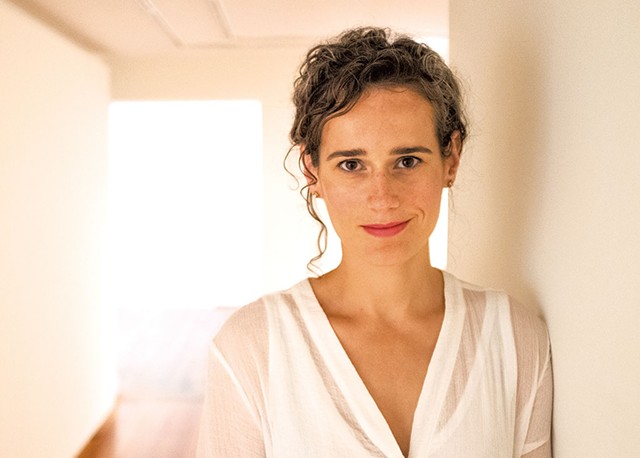 What image comes to mind when you think of an airline stewardess from the 1960s or '70s? Maybe it's a conventionally beautiful woman in a trim uniform, smiling as she serves coffee to men in suits. While this certainly was part of the job, the stewardesses working for Pan American World Airways were, in fact, breaking ground for other women flight attendants of the future.

The coveted job with the exclusively international American airline afforded women financial independence and freedom to travel. It also came with considerable danger, as planes flew in and out of war zones, not to mention blatantly sexist regulations regarding female employees' age, appearance and marital status.

Woodstock author Julia Cooke has a personal connection to their story: Her father was an attorney at Pan Am until 1992. A journalist and travel writer, Cooke highlights Pan Am stewardesses and their work in her book Come Fly the World: The Jet-Age Story of the Women of Pan Am, published on March 2.

Combining facts about world history and the airline industry with narratives of real-life women, Cooke dispels misconceptions (all stewardesses were not, in fact, simply party girls on the hunt for husbands) and emphasizes the roles Pan Am stewardesses, in particular, played in the fight for equal employment rights. Cooke, 37, spoke with Seven Days about the sociocultural shifts of the late 1960s, getting to know her subjects and growing up in the "Pan Am family."

SEVEN DAYS: I like how you wove historical information with profiles of real-life women who worked for Pan Am. How did you connect with these women?

JULIA COOKE: I connected with them via the organization called World Wings International, for the most part. The adventures that these women had around the world really bonded them, so they stay in good touch. They have a strong alumni network, and they host these conferences or conventions in different places around the world once a year, so I started going to them.

"The adventures that these women had around the world really bonded them." Julia Cooke tweet this

SD: By the early 1960s, popular culture promoted the image of a sexy stewardess with works such as the fiction book Coffee, Tea or Me?: The Uninhibited Memoirs of Two Airline Stewardesses. What would be a more accurate way to remember these women?

JC: They really anticipated a number of the movements that came up in the '90s and early 2000s, so to me they were third-wave feminists in the middle of the second wave. They were enacting what we would now call soft diplomacy, or soft power, back in the '60s and '70s, and they were acting as if they existed in the globalized marketplace long before department stores were selling goods from around the world.

SD: In the book you quote from stewardess training manuals. It seems there were policies in place — dismissal by age 32 to 35 or upon marriage, for example — that would never fly today, at least not explicitly. What stands out to you most about these training manuals?

JC: Oof. That's a good question. I think what stands out to me the most is what's going to stand out to a lot of people the most, which is just the explicitness of how they talked about women's appearances. To go back and read the notes from an interview session, for example, or some of these training materials, the way they talk so explicitly about how women should look or what is desirable, it doesn't age very well.

It's interesting because none of what they were saying was surprising at all. What they're talking about is holding up a general ideal of white femininity, which is certainly still in place now. But to see it said so frankly and with so little embarrassment — I mean zero embarrassment — is what was shocking.

SD: In describing the experiences of stewardess Karen Walker, you write that she "admired the feminist movement but was not active in it." Do you think Karen and other Pan Am stewardesses were indeed feminists simply by virtue of working this job that took them around the world, earning their own money and independence?

JC: Yeah, I really do. Karen's a great example. She was not super active in the feminist movement, but if you'd asked her if she was a feminist, her response probably would have been, "Obviously!"

But she just wasn't a joiner. In that way, becoming a stewardess was a great opportunity for someone like her who really was more focused on her own experiences and exemplifying what she saw as feminism, rather than participating in furthering the narrative at home. I think there has to be room for that in a broader understanding of what feminism did and how it changed the world for women my age.

SD: In what ways do you think conditions for women in the airline industry have gotten better in more recent decades? 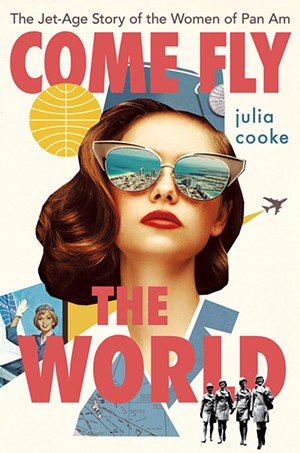 JC: What I found remarkable about this generation of women were the lawsuits that they pushed through over the course of the late 1960s, early 1970s, even into the mid- and late-1970s (a couple of these lawsuits didn't resolve until the '80s), [and how] their conviction that they wanted to work this job changed the way that flight crews were composed.

It changed these flight crews from being white, stereotypically beautiful young women who were not married when they were hired — and technically couldn't get married — to being much more diverse racially, much more diverse age-wise. And, thanks to a 1972 lawsuit, it opened the door to men, as well.

These days, flight crews are much more representative of the America that I live in, and I think for a certain kind of woman who doesn't want a traditional 9-to-5 job and whose demands around her family might be slightly different, this is still an amazing job.

SD: Your father is a former Pan Am executive. What was his position? What was it like growing up among the Pan Am family?

JC: He was an attorney, so he was at the Pan Am building in New York City. We lived in Manhattan until I was 9, which would have been in '92, when Pan Am folded. Pan Am was a huge part of my childhood, although I wouldn't have recognized it until I started researching this book.

In a way, I think Pan Am made me a writer. When I was growing up, my parents traveled a lot, and it was always really spontaneous travel because we were always doing standby. My parents would pack us for hot or cold and go to the airport and just see where we could go. I really think that spending a lot of time on planes made me a really good reader, and waiting in airports and going to different places made me really curious about people around me and really accustomed to listening to different kinds of languages and seeing different kinds of people.

SD: What's one anecdote or compelling fact you learned that you wished you could have included in the book?

JC: I had to cut so many anecdotes! This group of people lends itself to, like, seven books. This isn't an anecdote, but I think that a book about the Black stewardesses of Pan Am needs to be written by a Black writer. My goal was to paint an intersectional portrait, and I was very aware as I was writing of who I am and the barriers that exist there. But I felt strongly that I wanted to include that this is the era in which diversification began. The more I read about that, the more I was like, "Someone needs to write this."

As far as anecdotes that I didn't include, I interviewed Pan Am founder Juan Trippe's son Edward, who worked in Saigon in the late '60s. He and his wife are really remarkable people. Roberta "Bobbie" Trippe, his wife, is a really fun, smart, interesting woman. They told me an amazing story about when Bobbie was, I think, seven months pregnant, leaving Saigon to come back to New York to give birth, and the Tan Son Nhut Air Base runway came under mortar fire as she was about to go.

They took off in an environment of utter chaos. When I asked them about how that felt and what that was like — she was, like, 24, pregnant and leaving a war zone — she said what so many stewardesses have also said to me, which is, "I was young. I was invincible. It never would have occurred to me to be afraid."