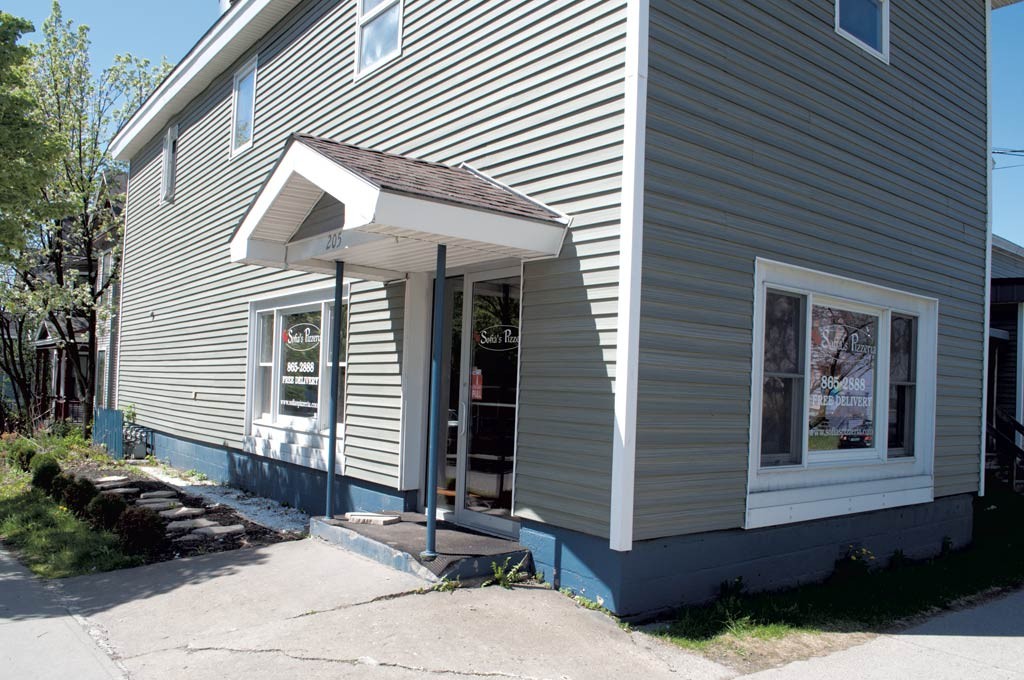 Since chef-owner Adam Raftery opened the Wooden Spoon Bistro in South Burlington in September 2011, he says, he's daydreamed of owning a place near Burlington's city hall, of running a kitchen steps from the Burlington Farmers Market and its just-picked summer produce. Raftery and his sister, co-owner Liza O'Brien, grew up just blocks away.

Now they've brokered a return to their old stomping grounds. With help from Peter Yee at Yellow Sign Commercial, Raftery and O'Brien are taking over the former Sofia's Pizzeria space at 205 St. Paul Street (Sofia's relocated to North Avenue in January). They'll transform it into a lively, beer-forward brewpub set to open later this summer.

Raftery plans to outfit the place, which he's calling Gastrogrub on St. Paul, with eight to 10 draft lines for local, seasonal brews. That's not a lot by some standards, the chef notes, but plenty for the pint-size 25-seat spot, whose capacity will nearly double with outdoor seating during warmer months. "Where the Wooden Spoon is more food driven," Raftery says, "down there it's going to be more about the bar ... Not that food will ever take a backseat in my kitchen."

The menu will offer smaller plates exploring the intersection of tapas and pub grub, slanted toward drinking food. Look for Spoon favorites (truffle fries, chicken wings, scallops, burgers) and snacks from the restaurant's food cart — lobster rolls and sliders, pulled pork and a few totally new dishes — built to sate neighborhood cravings. "I don't want to try to force food on people," Raftery says. "I'd rather get their feedback and give them what they want."

Brother and sister are building the space out now and shooting to open toward the end of June, a goal Raftery acknowledges as "quite aggressive"; restaurants almost never open on schedule. But he's eager to make the most of the long summer nights. "We'll probably go until two in the morning, get some music going down there," he says. "We won't know exactly what it'll be until people start walking in the door. Then we'll adapt to our people."

The original print version of this article was headlined "Pub Grub"