Last Thursday, August 7, Woodchuck Hard Cider opened its new cidery at 1321 Exchange Street in Middlebury, among a growing array of food businesses. The 100,000-square-foot facility doubled the company's production capacity, from about five million cases per annum to nearly 10 million. Visitors can observe production in action from an overhead tour corridor, and the new building houses a retail shop and a tasting bar with 20 draught lines. 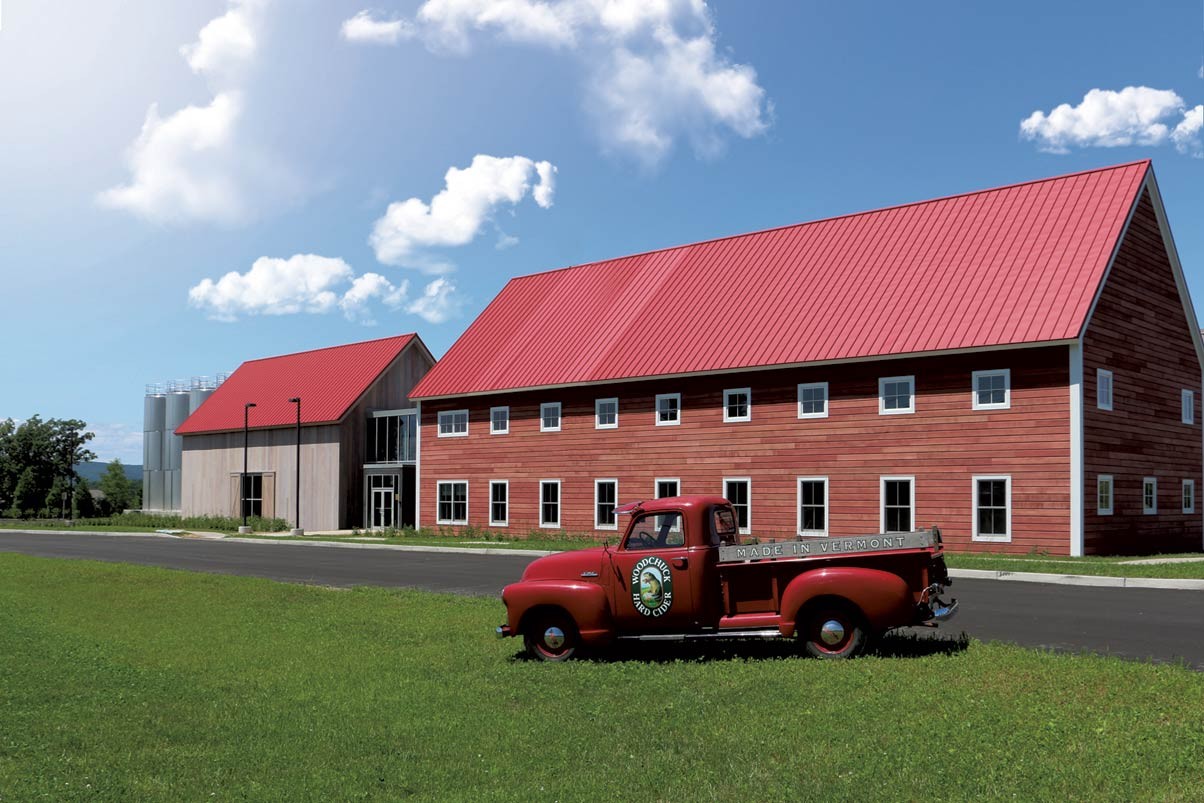 According to Woodchuck communications manager Nate Formalarie, those draught lines will allow visitors to test new and experimental ciders not available in stores. "There's a lot of stuff you can only get on tap here," he says. While the old facility was really just a manufacturing hub, Formalarie goes on, "This new cider house really allows people to interact with the company."

If engagement is the goal, it's already working. Last weekend saw a stream of visitors, and on Saturday, August 23, Woodchuck will host a sold-out party with food and live music from Philadelphia rockers Dr. Dog. "We were expecting 2,000, maybe 3,000 people to reserve tickets," Formalarie says. "Once we hit 10,000, we decided to close it off ... But I think the radio stations may still have a few tickets they're giving away."