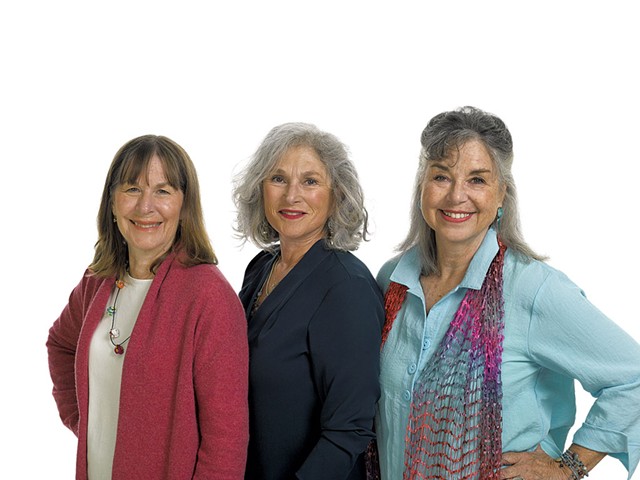 Three women who created the sports bra in Burlington will soon be enshrined in the National Inventors Hall of Fame. Hinda Miller, Lisa Lindahl and Polly Smith are part of the 2020 class, along with the brains behind laser dermatology, synthetic lubricants and ibuprofen, among others. The hall will honor the inductees in May at a gala in Washington, D.C.

"Our vision was that every woman, no matter their size, shape or form, deserves the right to the benefits of exercise and fitness," said Miller, a former Vermont state senator.

Miller and Smith were working at a Shakespeare festival on the University of Vermont campus in 1977 when they teamed up with Lindahl and created a prototype intended to hold breasts stable during exercise. They sewed together two jock straps and tested it out. Voilà! The modern sports bra was born.

They called the innovation the Jockbra but eventually renamed it the Jogbra. It was a few years after the passage of Title IX, the federal law intended to promote gender equality in sports, and the activewear quickly caught on.

"People say that the Jogbra is as important as Title IX for women's participation in sports," Miller said. "That's cool!"

A sports bra took the spotlight in 1999, when U.S. Women's Soccer star Brandi Chastain scored a World Cup-winning goal and ripped off her jersey in celebration. Twenty years after that winning play, the iconic image of Chastain, kneeling on the grass in shorts and a black sports bra, was immortalized last summer with a bronze statue outside of the Rose Bowl stadium in Pasadena, Calif., where it all happened.

The Smithsonian's National Museum of American History has exhibited a Jogbra prototype, and one is part of the costume collection at the New York Metropolitan Museum of Art. Now Miller and her colleagues are going down in history, too.

"I do sometimes wonder why we were almost chosen to channel this product," Miller said. "I don't know why it was us — but it was."

The original print version of this article was headlined "Pretty Cool, Bra"