In 1963, Rick Norcross left East Hardwick to get a college education in Florida and maybe, while he was at it, become America's next great folk singer. He didn't quite reach that lofty goal. But 57 years of touring and more than a dozen albums later, Norcross — with his band Rick & the All-Star Ramblers — has fans across the Green Mountains and beyond.

What they might not know, however, is that for five years after college, Norcross covered the local music beat for the Tampa Times as both writer and photographer. From 1969 to 1974, he and his trusty Leica M3 rangefinder camera documented countless shows by legendary artists, such as Elvis Presley, Tina Turner, Pink Floyd, the Everly Brothers, Chuck Berry and many more. This past year, with his band sidelined during the pandemic, Norcross used the downtime to comb through his vast archives and compile a digital collection he dubbed "Press Pass."

Through the Ramblers' website, fans and music history buffs can purchase a USB drive loaded with 90 of Norcross' favorite shots from those halcyon days, as well as 34 reviews he wrote to accompany the pictures. Seven Days dialed up the Burlington musician to talk about the collection, what the future holds for him, and the time he saw Janis Joplin get arrested.

SEVEN DAYS: So, it's 1969. You're a college student and aspiring folk singer. How do you go from that to taking pictures of Led Zeppelin?

RICK NORCROSS: Well, I moved down there in '63 because I wasn't going to have another goddamn winter in Vermont. I did take a year off to live in London and play the folk clubs, but I came back to Tampa after and went to the University of South Florida. I got my journalism degree and was the fine arts editor of the Oracle, the student paper. Then the Tampa Times had a position open to write "youth" stuff, so I applied! Because of my experience with the paper at USF, they hired me. 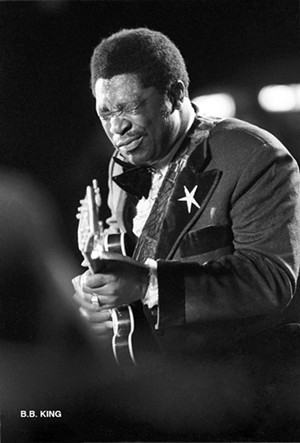 SD: You were hired as a writer initially?

RN: Yup. I figured out really quickly that I needed to take my own photos if I wanted anything good. Because if I put in an assignment with the photo lab, they'd end up sending somebody who would hang around for maybe 15 minutes before moving on to his next assignment. So, no pictures of the headliners! I figured I was standing right next to the musicians, so why the hell not?

SD: They only paid you for the writing, though?

RN: Never got a penny for the photos. But the deal was, I ended up owning the negatives and the pictures — and I have thousands of them. I mean, I was shooting a hundred feet of Tri-X film every night.

And, you know, papers can go in the crapper anytime these days. And every time they do, someone shows up with a dumpster to clean out all of their files and libraries. Every city had a guy like me, covering the local music beat. But hardly any of them remain, which makes my pictures even rarer than they were, say, 20 years ago.

SD: They're incredible shots. To see these legends in the prime of their careers, so up close and personal, is such a treat. How did you manage to get such intimate photos?

RN: I think being a musician myself, I could relate to the performers. And because of my press pass, I could stand right onstage for a lot of those shows. I was working the same halls in Tampa, the cops knew me, and I didn't hassle anyone. I pretty much had free rein, because the promoters wanted me there, too. It was a rare situation that I don't think you'd find too often these days.

I still remember my first night. It was B.B. King and Janis Joplin, and Janis got arrested for obscenity. My picture from that night ran all over America. It was in Time magazine! It was only a month after Jim Morrison got arrested in Miami for indecent exposure, so the cops were very edgy about someone standing onstage and using the F-word, as Janis did. So they arrested her! And I thought to myself, This is an easy gig!

Of course, it never happened again. But what a night.

SD: Obscenity arrests aside, what are some of your other favorite memories from your time behind the lens? 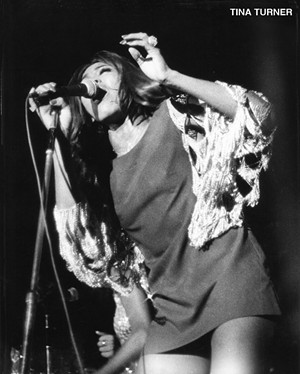 RN: The [Bob] Dylan show in West Palm Beach was magic. He and the Band did two shows at the auditorium and were just on fire — nobody missed a note. One of the best shows I've ever seen in my life, I'll tell you.

I was also onstage with my camera for the Rolling Stones' Sympathy for the Devil tour when they came through. It was 40 degrees and 2 a.m. on a Monday morning when they finally went on. They were supposed to headline Sunday night of the festival, but they ended up circling the airport for hours because Richard Nixon was in town. Most of us hung in there, though. I ended up being 20 feet from Mick Jagger and, man, he was one of the most dynamic stars of all time. It was just so cool.

SD: It's so fascinating to see the casual shots, too, and some of these almost mythic figures that pop up. Seeing legendary promoter Bill Graham felt so appropriate somehow.

RN: Oh yeah, he's in there. Interesting dude. He was a typical New York businessman, just full of bluster. But at the same time, you just had to love the guy because it was so clear how much he loved the music.

I saw Led Zeppelin that night. There were 63,000 people there — it was the biggest single-act rock show at the time. There's a great shot of Jimmy Page from that night.

SD: It sounds like an incredible experience. Why stop?

RN: After five years, I wanted to get back to playing music, rather than looking at people playing music. I wrote a song called "Sleep My Lady (Dream of Me)" with a guy named Tommy Overstreet — great singer — and it went to No. 19 on the country charts. So I quit the paper, thinking I was going to get rich.

On the whole, I think I ended up making $26 in royalties! After that, I just cut loose on my music, playing Vermont summers and Tampa winters, right up until COVID-19 hit.

SD: Did the pandemic, and loss of gigs, inspire putting "Press Pass" together?

RN: I haven't had a band gig in a year. And it looks like it might be another year, too, which is just a bummer. A lot of the folks in my band live in St. Johnsbury and Craftsbury, so I don't get to see them if we don't play. And they're all my friends — I miss them. So, yeah, guess I got a little poke in the backside to put the collection together, because the pictures aren't doing me or anybody else any damn good sitting in a box for 50 years.

I actually had a book deal with a nonprofit publisher out of Shelburne. Unfortunately, they went belly up before we could get the book out. I had done so much work getting ready for the publication, though. So things were in good shape to assemble it all myself.

SD: So much of the music you covered has become iconic. How do you think your pictures will affect people when they see them?

RN: This music has held up for over half a century. People just love it — they love the folk, the rock, the country. It was the right time for American music, for pop. I really don't think we'll see the like again.

I think it will really go over well in Tampa when I take "Press Pass" there. Over half a million people saw the shows in these pictures; I think it's going to be really, really appreciated down there. So many of us experienced these incredible nights. Lucky for me, I was just in the right place at the right time with the right camera.