With Layoffs Imminent at the St. Johnsbury Athenaeum, Staff and Board Look to the Future | Arts News | Seven Days | Vermont's Independent Voice

With Layoffs Imminent at the St. Johnsbury Athenaeum, Staff and Board Look to the Future 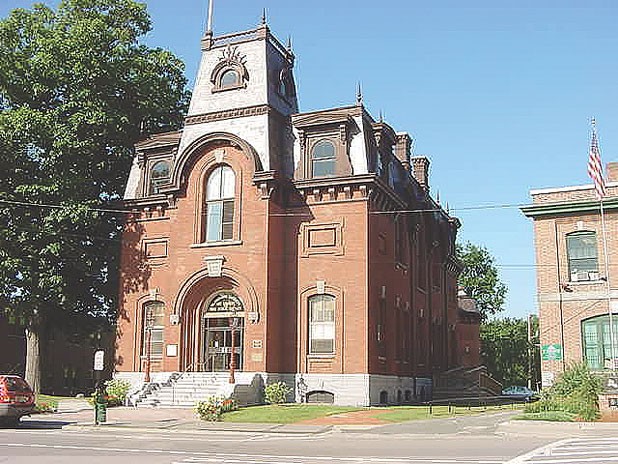 Stop in at the St. Johnsbury Athenaeum any time before this Friday, and you’ll find business as usual: perhaps Bob Joly manning the circulation desk, head librarian Lisa von Kann staffing the second-floor desk, Gloria Molinaroli in the children’s library, and docent Elaine Garrison in the back gallery. During a recent visit, the only indication of an impending sea change at this beloved institution was a sign reading, “Due to upcoming changes in staff, our interlibrary services will be suspended until further notice.”

“What happens here next week?” asked a librarygoer as she plopped a stack of books on the counter.

“I don’t know,” Joly replied. “We are asking the same thing.”

Last December, the Athenaeum’s board notified eight library staff members of their layoffs effective February 1, and invited them to reapply for four restructured positions by submitting an essay describing “their vision of a 21st-century library and how librarians deliver and stay current with information services in a rapidly changing environment.”

Of the new library positions available — two full time and two part time — the Athenaeum has already announced one hirings: Donna Stinehour has been named a part-time associate librarian. She has served the Athenaeum for the past year as part-time staff, filling in for other librarians. And as full-time librarian, Shara McCaffrey. She joined the Athanaeum as an assistant librarian in 2001.

Another recent appointment is that of Joly as curator of the art gallery. After almost a decade serving library patrons, on Friday he will begin his new task of tending to the 100 oil paintings, 80 art books and 20 sculptural objects that represent the legacy of the Athenaeum’s founder, industrialist and philanthropist Horace Fairbanks (1820-88). It is one of the country’s oldest unaltered 19th-century collections; the gallery receives about 8000 visitors a year.

The position of curator at the Athenaeum was last held by Sally Lawrence, who created the docent program during her decade-long tenure through the 1990s. In 2005, Mark D. Mitchell, currently the associate curator of American art and manager at the Philadelphia Museum of Art, wrote St. Johnsbury Athenaeum: Handbook of the Art Collection. The guide is intended to inform viewers as they consider works that were current when Fairbanks first began to acquire them in the mid-1800s.

Docent Garrison’s paid position ends this Friday. Having started out as a volunteer in the gallery in 2006, she eventually became one of two paid docents and acted as docent manager, scheduling the 15 volunteers until Joly added that role to his other library duties last year.

Clearly relieved that he will not have to search for new employment, Joly said he’s excited to reinvigorate the presentation and interpretation of the works in the collection. “To some extent, we’ve just been maintaining this 19th-century space,” he observed.

Joly’s plans for the gallery — which is currently free to St. Johnsbury residents; others pay an $8 donation — include showcasing some of the library’s 1000 original leather-bound books, as well as hefty illustrated art tomes that Fairbanks purchased to accompany his collection. In addition, Joly envisions exhibiting works from other museums and galleries to complement the Athenaeum’s predominantly Hudson River School paintings.

But the new curator’s defining role will be to generate greater revenue from the collections; this, according to an open letter from board chair Bill Marshall, is the prime reason for the position. Deep concerns over serial budgetary shortfalls, combined with overreliance on the Athenaeum’s endowment, have board members alarmed about the institution’s long-term viability. Staff restructuring is just part of the board’s strategy to address unsustainable spending.

As Joly looks ahead, the group Neighbors in Support of Athenaeum Staff is not letting go of the past. An outgrowth of the “Hug the Athenaeum” protest outside the library on January 12, the group is calling on the trustees to delay implementation of the staff layoffs, which many considered an extreme move. In a letter sent via certified mail to Marshall, the Neighbors also invited board members to attend a public forum on Saturday, February 2. It is not known yet whether any board members will attend.

Although Horace Fairbanks left no stipulations regarding his art collection, according to Friends of the Athenaeum copresident Lynn Wurzburg, the founder did express his hopes for the library in a statement made at the Athenaeum’s opening in 1871: “My fullest expectations will be realized if now, and in the coming years, the people make the rooms of the Athenaeum a favorite place of resort for patient research, reading and study.”

Marshall said he expects that new initiatives related to the art gallery will stimulate research. Future plans include working with St. Johnsbury Academy ninth graders as part of their capstone project, and collaborating with nearby Catamount Arts to use the gallery and collection in arts education.

Yet many agree with Rural Librarians Unite member and Barnet library director Sherry Tolle, who said that the librarians are fundamental to the community and more important than ever. Regarding the imminent layoffs, she warned, “The library staff are information distributors, and cutting staff who encourage literacy and help patrons find answers in books and on computers is not the answer.”

On a display table at the Athenaeum, Fairbanks — or his contemporary representative — appeared to have issued his own statement. Along with a dozen roses lay a card that read, “To Lisa and her Staff: Thanks for your excellent work — Horace.”

Neighbors in Support of Athenaeum Staff will host a public forum on Saturday, February 2, 1 to 3 p.m. at the North Congregational Church in St. Johnsbury (opposite the Fairbanks Museum). rurallibrariansunite.org