With Housing Tight, New Vermont Teachers Crash at an Inn When they accepted teaching jobs in central Vermont this summer, David Conover and his wife, Jennifer, lined up a rental that would accommodate their family of five and their Yorkie, Teddy.

They left Oregon in July and were rolling through Iowa when they learned that their rental in central Vermont had fallen through because the existing tenant decided to stay put. The couple weren’t worried; they decided to wait until arriving in Vermont in early August to start looking for a place.

But finding that place has been much more difficult than they expected. Like many teachers who accepted jobs this summer at school districts around Vermont, the Conovers are having trouble finding any home at all. So much trouble, in fact, that the five of them are living in a studio apartment at the Marshfield Inn, a Federal-style farmhouse with motel rooms and a commanding view of the Green Mountains. And they need to leave later this month to make way for leaf peepers who have existing reservations.

“We’re still holding on to hope,” David said, noting that they are grateful to the owner of the inn for giving them a good deal on rent and trying to accommodate them.

When they first arrived in Vermont, the family spent two nights camping out of their SUV at the Onion River Campground in Marshfield. Then they started calling realtors and posting on social media in search of a more permanent situation. JD Green, a podcaster in Barre, interviewed David on his show, and Mark Mooney, principal at Twinfield Union School, put out a community call for housing ideas.


The family recently returned to the U.S. after spending seven years teaching in international schools in Ukraine. Russia invaded in February, and the family left Ukraine in early summer.

Considering all of that, David said, the couple is aware of how fortunate they are to have their health and their jobs. Jennifer is teaching fourth grade in Barre Town, and David is the new athletic and activities director for the Marshfield and Cabot schools. School started in Marshfield on August 26, and in Barre Town on August 29.

“Our story is not unique; there are a lot of people trying to find appropriate housing,” David said. “We try not to complain too much. We’re not victims.”

The impact of the housing shortage is well known; this year, Seven Days has dedicated an entire series, "Locked Out," to exploring the issue. Many employers have reported that people they hired have turned down jobs because they couldn’t find anywhere to live. School districts are also struggling with a teacher shortage, and the Vermont Agency of Education has commissioned a study to find ways to make teaching jobs more appealing.

Cottages Industry: The Housing Crisis Complicates Hiring, Forcing Employers to Become Realtors and Builders
Locked Out Series, Part 3
By Anne Wallace Allen
Housing Crisis
Mooney, at Twinfield, has new teachers from Tennessee, Texas and Morocco this year, as well as the Conovers, who spent time with family in Oregon after leaving Ukraine. The teachers from Tennessee and Texas found places, but the teacher from Morocco, who is in Vermont for a year to teach Arabic, bunked with community members and then fellow teachers for weeks before recently finding an apartment in Montpelier.

Mooney said he’s had trouble keeping the athletic director position filled in recent years. This year, he combined the role with a teaching and activities position to make it more appealing.

Renters' Prison: How a Merciless Market of Unchecked Rent Hikes Traps Vermont Tenants
Locked Out Series, Part 6
By Derek Brouwer
Housing Crisis
“David is off to a good start — other than not having a place to live,” Mooney said. “He’s doing a good job. Hopefully he’ll stay around.”

The family wants to stay around. The couple recently visited Lake Willoughby with their kids, ages 6, 8 and 13, and David said he was shocked by the beauty of the lake and the mountains around it.  The kids are enrolled in Barre schools.

They enjoy the rural scenery, the maple creemees and the friendly people who are trying to help.

“People seem genuinely, sincerely nice here. My wife loves the farmstands, and I love the light,” David said. “It’s joyous to look around and appreciate the beauty.” 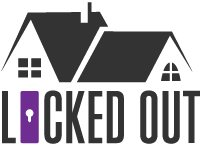