WTF: With Both Private and “Forever Wild” Land, How Does the Adirondack State Park Work? 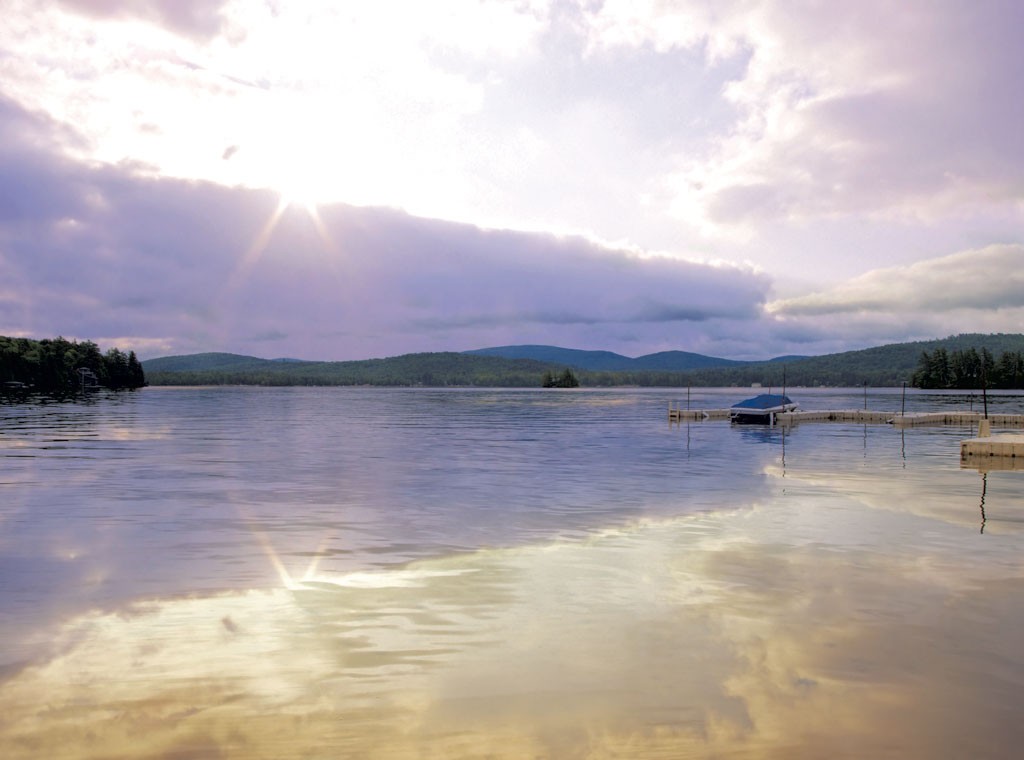 How do "forever wild" land, private landowners and municipalities all share the Adirondack Park?

About 130,000 New Yorkers live year-round in 100 towns and villages within its boundaries. It's the seasonal home of another 200,000 people. Luxury resorts cater to affluent vacationers who browse its boutiques and savor its terroir at elegant restaurants. And about half of its acreage is privately owned. So how does the Adirondack Park qualify as a park? WTF?

"It's a unique place," says Keith McKeever, spokesman for the state agency that oversees this 6-million-acre expanse in northeastern New York. The only parallels to it, adds Peter Bauer, head of an Adirondacks conservation group, are the much smaller (700,000 acres) Catskill Park, also in New York; New Jersey's Pine Barrens, a protected, million-acre parcel that includes state and local parks as well as private lands; and coastal areas managed by public entities that allow for private development.

The Adirondack Park, established in 1892, was always intended to balance conservation with exploitation of natural resources. It's not like the national parks owned by the federal government that prohibit private construction and industrial activities such as mining and lumbering, which do take place in the Adirondacks. When the state preserve was created, the national-park model was generally seen as being neither viable nor desirable for the Adirondacks, Bauer says. Washington was clearly not going to allocate the funds for purchasing vast tracts of private property, and no one wanted to evict the people who lived on those lands, he adds.

A Vermonter — George Perkins Marsh (1801-1882) — is credited with crafting the theory that inspired the Adirondack Park. His influential 1864 book Man and Nature argued that environmental calamity would follow on the destruction of forestlands. Development had to proceed in harmony with preservation of nature, Marsh warned, or else resources would be depleted.

Public and private lands are not neatly separated in the Adirondack Park, which encompasses an area about the size of the entire state of Vermont. Instead, the seemingly random mix resembles a "crazy quilt," Bauer says. The state owns a 2.5-million-acre forest preserve designated as "forever wild," and it controls the development and recreation rights on another 800,000 acres. Various degrees of development are permitted on the privately held land in the park, depending on its environmental fragility, the potential value of natural-resource extraction and the existing residential concentration.

"Our land-use planning is density-driven and based on natural resources," McKeever explains. "We limit development in areas with significant environmental constraints, and we channel growth to areas of the park that can withstand it — where infrastructure is already in place."

With private land classified in six ways — hamlet, industrial, rural, moderate-intensity use, low-intensity use and resource management — regulations can be as intricate as the pattern of public and private holdings seen on maps of the park. Conflict over use is inherent in such an arrangement, say state officials, preservationists and developers.

Battles were waged with particular intensity before and after the New York legislature's creation of the Adirondack Park Agency in 1971. The move to empower the state to regulate development in towns inside the park represented a historic shift, McKeever points out. Previously, New York allowed its localities to set their own zoning rules.

"The park agency's establishment marked the first time the state was given zoning power over localities," McKeever notes. "And some people did lose building rights when the land was classified."

The amazing thing about the Adirondack Park, Bauer says, is that the concept behind it actually works well in practice. "Rural areas across the country are suffering, but the Adirondacks is a fairly stable rural area," observes the state park resident, whose home is in Lake George.

The ferocity and frequency of fights over the park agency's jurisdiction and actions have subsided in the past couple of decades, McKeever notes. That's in part because the agency's critics "see that development can and does occur." Further, they see that failure to protect undeveloped areas would endanger the hunting and fishing that have great value to many park residents, McKeever says.

Dynamism is key to the park's success, the regulator and the preservationist agree. The state continues to acquire land from private owners, and several thousand acres have been added to the forest preserve in recent years. "There's not an environmentalist alive who wouldn't say, 'Job well done' in regard to what we've achieved," Bauer remarks.

At the same time, the park agency takes a flexible approach to land management, McKeever notes. "We don't see it as a rigid plan," he says. "We continually do regulatory reform."

From an environmentalist perspective, Bauer offers a best-of-times/worst-of-times assessment of the park's current status. "While we're living in what is probably the most dynamic period of land protection in the park's history, we're also seeing the state making it easier to develop private land in the park," he says. The governor-appointed board overseeing the park agency now consists largely of "economic-development professionals, former local government officials and hotel owners," Bauer observes. "It's a body of people very supportive of development."

To many planners outside the United States, Adirondack Park represents a model of environmental conservation in a world growing steadily more crowded and insatiable in its demands for resources. McKeever says he has hosted officials from scores of countries in recent years "who have come here to see what we've done."

One of the most satisfying outcomes of these visits occurred a decade ago, he notes. "The native Altai people in Siberia in 2004 basically translated the APA [Adirondack Park Agency] Act and the state's land-use master plan and used them to create their own park," McKeever recounts.