Kissing the border of Canada and stretching more than 1.3 million acres across the state's farthest-flung farms, fields and forests, northeastern Vermont — aka the Northeast Kingdom — really heats up when the snow falls. That's when winter's whiteout turns the regal hills and mountain peaks otherworldly.

Many find their keys to the Kingdom at Jay Peak, a 3,862-foot summit an hour and a half drive from Burlington, and two hours from Montréal. From there, it's just a hop, skip and jump to the region's Québécois-influenced cuisine, world-class performing arts and off-the-beaten-track sporting spots.

From the squeals of the Sherburne Express lift cranking up Burke Mountain to the whoops and hollers of cross-country skiers on the Kingdom Trails, it's hard to stay quiet about the royal flush of recreational opportunities — indoors and out — in the Northeast Kingdom. 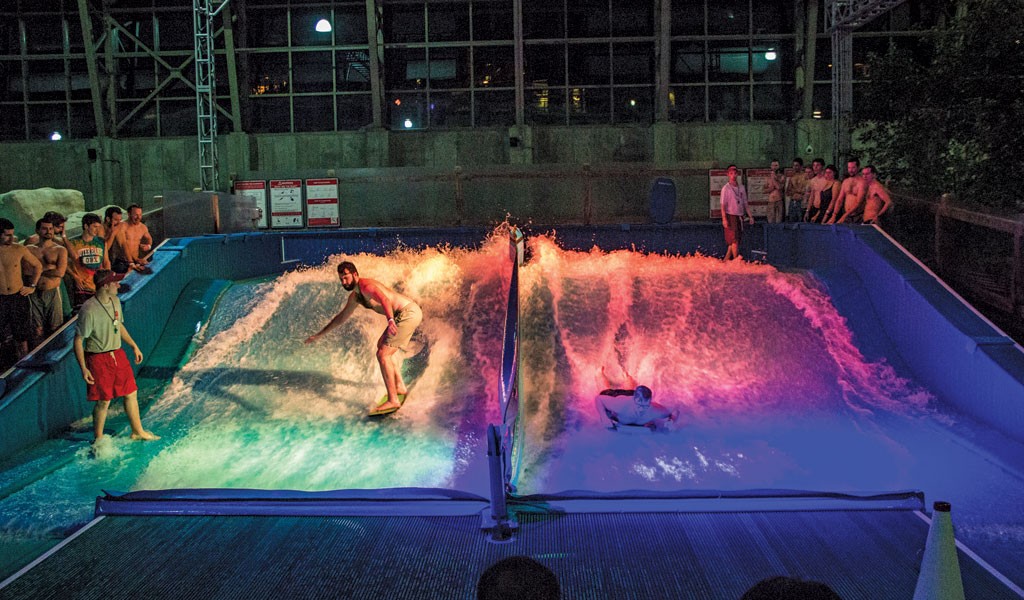 Jay Peak Resort is the only place in the country where you can drop down snowy chutes in the morning before dropping down La Chute — a waterslide with a 60-foot free fall — in the afternoon. The watery fun is at the Pump House Indoor Waterpark, added to the ski area in 2011. The year-round temperature in the 50,000-square-foot indoor playground is a balmy 86 degrees Fahrenheit, with 104-degree hot tubs. Hot toddies at the poolside bar complete the job of warming up the winter-weary.

The resort also offers the indoor Ice Haus skating arena, a covered tram to take you to the top of the mountain and, of course, plenty of outdoor action skiing and riding Jay's 385 acres of terrain. Thanks to the "Jay Cloud," a weather phenomenon that brings an annual average of 355 inches of snow — unusual in Vermont — powderhounds can almost always sniff out fresh flakes in glades such as André's Paradise and Valhalla. First-timers can learn their turns off an easy "magic carpet" before getting their own friendly test of the trees in Moon Walk Woods. Intermediates can cruise down long groomers such as Alligator Alley. It's the perfect way to end the ski day before jumping into the Pump House's Lazy River. 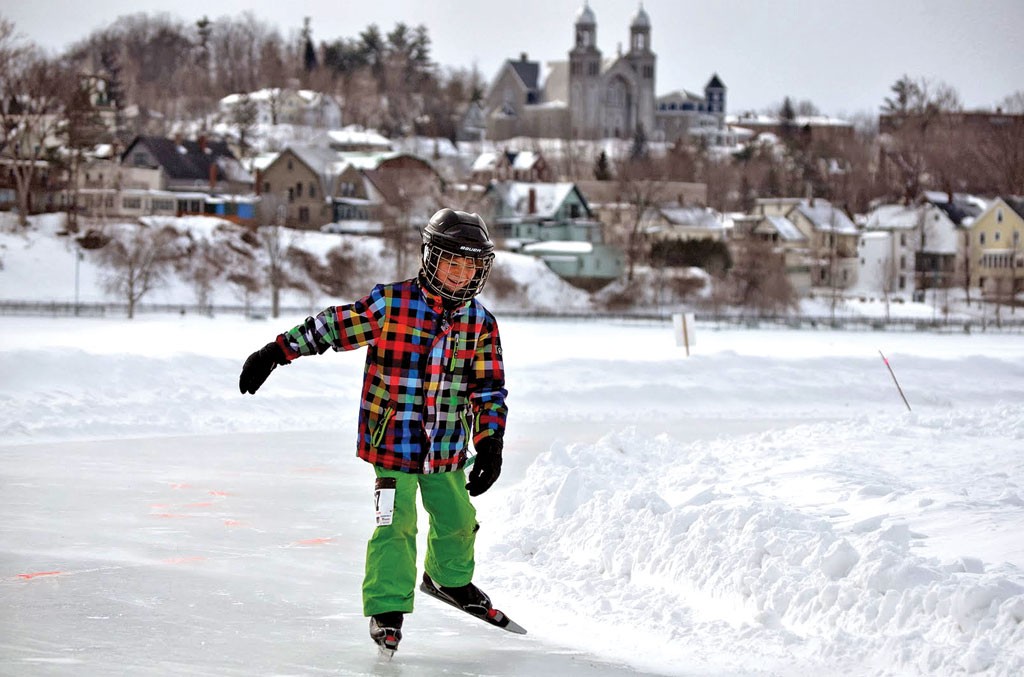 Nordic skating is the wild and wilderness-seeking cousin of figure skating, unbound by arenas, rinks or rules. Lake Memphremagog, a 32-mile-long glacial lake that spans Québec and Vermont, is one of the best places to experience the sport's long-distance thrills on silky-smooth black ice. Equipped with long-bladed skates, Nordic enthusiasts can go as fast as 25 miles per hour, meaning they can cross into Canada faster than cars do at paved border crossings.

Originally from the Netherlands, the sport is just getting its legs in the Northeast Kingdom, with Nordic skaters working on multi-mile trails along the lake. Rent skates at the Great Outdoors in downtown Newport, and find more information on the sport at nordicskater.com, a website run by Vermonter and athlete Jamie Hess.

The wonders of cross-country skiing — feeling your lungs expand with crisp, cold air as your legs propel you through snow-covered woods and fields — increase exponentially on this 15-kilometer network of pristine trails. One particular stretch, on Darling Hill, has even been called the "prettiest mile in Vermont."

Kingdom Trails in East Burke represents a unique collaboration: Fifty northern Vermont landowners, businesses and a nonprofit teamed up to ensure year-round recreational access to nonmotorized routes for athletes of all abilities. In summer, mountain bikers hit a broad swath of singletrack; in winter, the dedicated cross-country terrain complements 30 more kilometers of trails packed for snowshoeing and specially equipped bikes. Don't miss the view of Willoughby Gap from Darling Hill. And leave enough energy in the tank for tubing or sledding at the Kingdom Trails Nordic Adventure Center.

World Cup superstar and Olympian Mikaela Shiffrin perfected her slalom skills at Burke Mountain, a peak that stands out not only geologically (it's a monadnock) but also for its local reputation, thanks to the resort's low-key vibe. The 270-plus skiable acres accompany more than 100 acres of maintained tree skiing and three terrain parks. Beginning skiers and riders can find plenty of rookie-friendly runs on the lower part of the mountain — it's all "green" runs except for one "blue" intermediate trail. The summit offers steep pitches, such as Doug's Drop, for athletes with loftier ­— or Olympic ­— aspirations.

From the outside, Fairbanks Museum & Planetarium catches the eye with its dramatic Richardsonian Romanesque architecture — all stone arches and turrets. Inside, the eye doesn't know quite where to land. Founded by Victorian collector Franklin Fairbanks in 1889, this cabinet of curiosities contains more than 175,000 eclectic, historical objects. Ranging from a stuffed polar bear to Civil War documents to an alligator mummy from ancient Egypt, the unusual artifacts were intended to bring the world to St. Johnsbury at a time when few traveled beyond the state's borders.

Today, the museum honors that tradition while broadening its boundaries. Daily astronomy shows in the Lyman Spitzer Jr. Planetarium celebrate the cosmos. A massive, interactive sphere called the OmniGlobe lets visitors investigate Earth's ocean currents as well as the sands of Mars. And the Vinton Space Science Gallery displays photos taken by the Hubble Space Telescope.

Whichever planet you explore while you're at the Fairbanks, rest assured knowing there's no other place quite like this museum on ours. 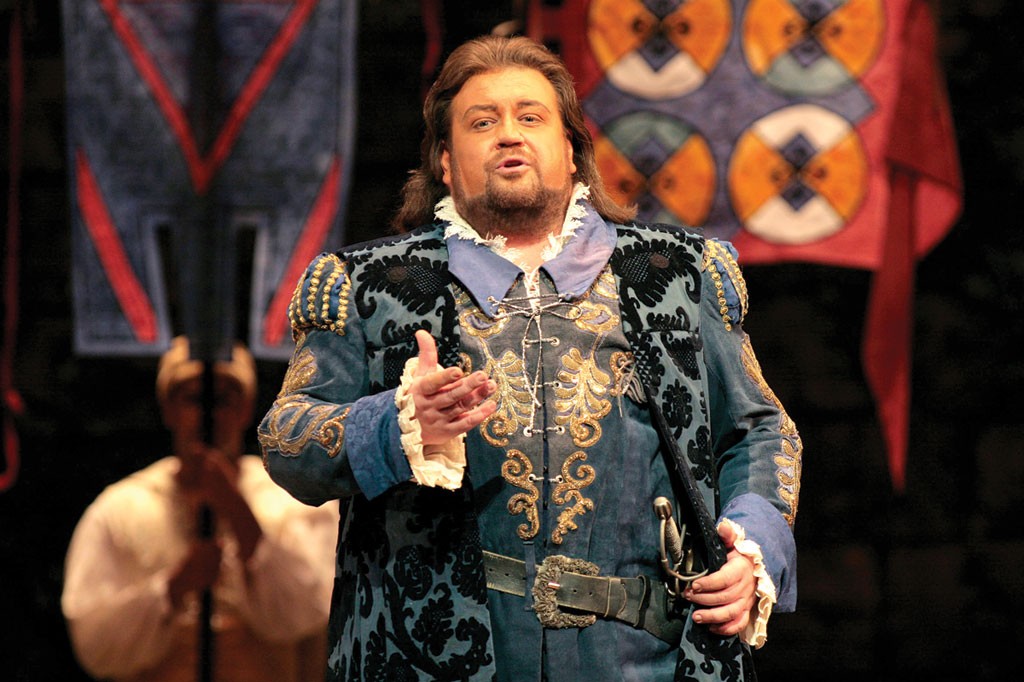 Since its 1975 inception, Catamount Arts in downtown St. Johnsbury has grown into the Kingdom's main hub for live performance and film. Housed in a former Masonic Lodge, the arts center includes two movie theaters, three art galleries and an 80-seat performance space. That last plays host to music, drama and dance from community troupes and internationally touring acts.

As a regional box office and partner of more than 20 local presenters, Catamount Arts functions as the gateway to northeastern Vermont's lively arts scene.

Artworks and Artisans in Downtown Newport

Its name is a mouthful, but the mission of the Memphremagog Arts Collaborative (MAC) Center for the Arts is simple: to support and celebrate the arts. With more than 50 Vermont artists, crafters, writers, musicians and performers involved, it's safe to say the business plan is working.

Located on Newport's main drag, this 4,000-square-foot community center is divided into two spaces: a street-level showroom for local visual art and handcrafts; and the Art Cellar Gallery, which hosts visiting exhibits, lectures and free art classes for youngsters. Stop in to see handmade pottery, furniture, painted kimonos, handspun wool and, if you're lucky, a local artist busy at work.

Parts of the Northeast Kingdom were once considered "food deserts" — areas lacking access to affordable fresh ingredients. These days, the region is experiencing something of a culinary renaissance. It's home to Greensboro's Hill Farmstead Brewery (often lauded as the world's best) and Jasper Hill Farm's award-winning cheeses, not to mention craft distilleries, farmers markets and community gardens.

Here's a rundown of a few restaurants — and one "tasting center" — that serve stick-to-your-ribs comfort food after your ice-bound adventures in the Kingdom.

At this locavore market and tasting room, dozens of Vermont artisans sell their wares, which range from honey and syrup to fresh breads, jams, meats, cheeses, wines, ciders and spirits. Not in the mood to cook? The center's Brown Dog Bistro serves Vermont-inflected versions of mac and cheese and meaty cassoulet.

Looking for fine Mediterranean dining on the shores of Lake Memphremagog? Options at this award-winning restaurant include grilled flatbread pizzas, frutti di mare and a 16-ounce rib eye stuffed with Gorgonzola. The wine list boasts bottles ranging in price from $10 to $200. 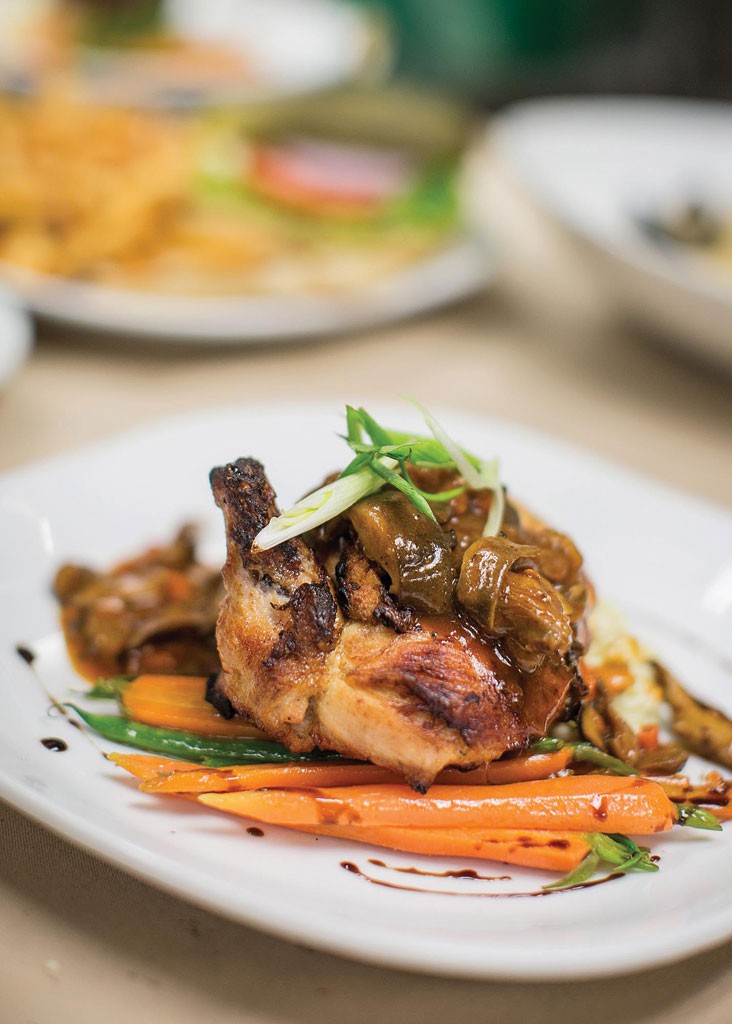 Entrées at this comfortably upscale restaurant overlooking a river are grouped by "land," "vine," "sea" or "sky." Creative dishes include pastas, salads and other hearty dinners incorporating a wide variety of proteins. Lunch is served Friday through Sunday, brunch Sunday only, dinner all week.

You might find yourself rubbing elbows with the building owner, Grammy-nominated singer-songwriter Neko Case, as you dine on guacamole chicken melt or French onion soup at this cozy café. The 1920s-era former post office building is home to Catamount Arts' Annex Gallery.

The original print version of this article was headlined "Kingdom Come"